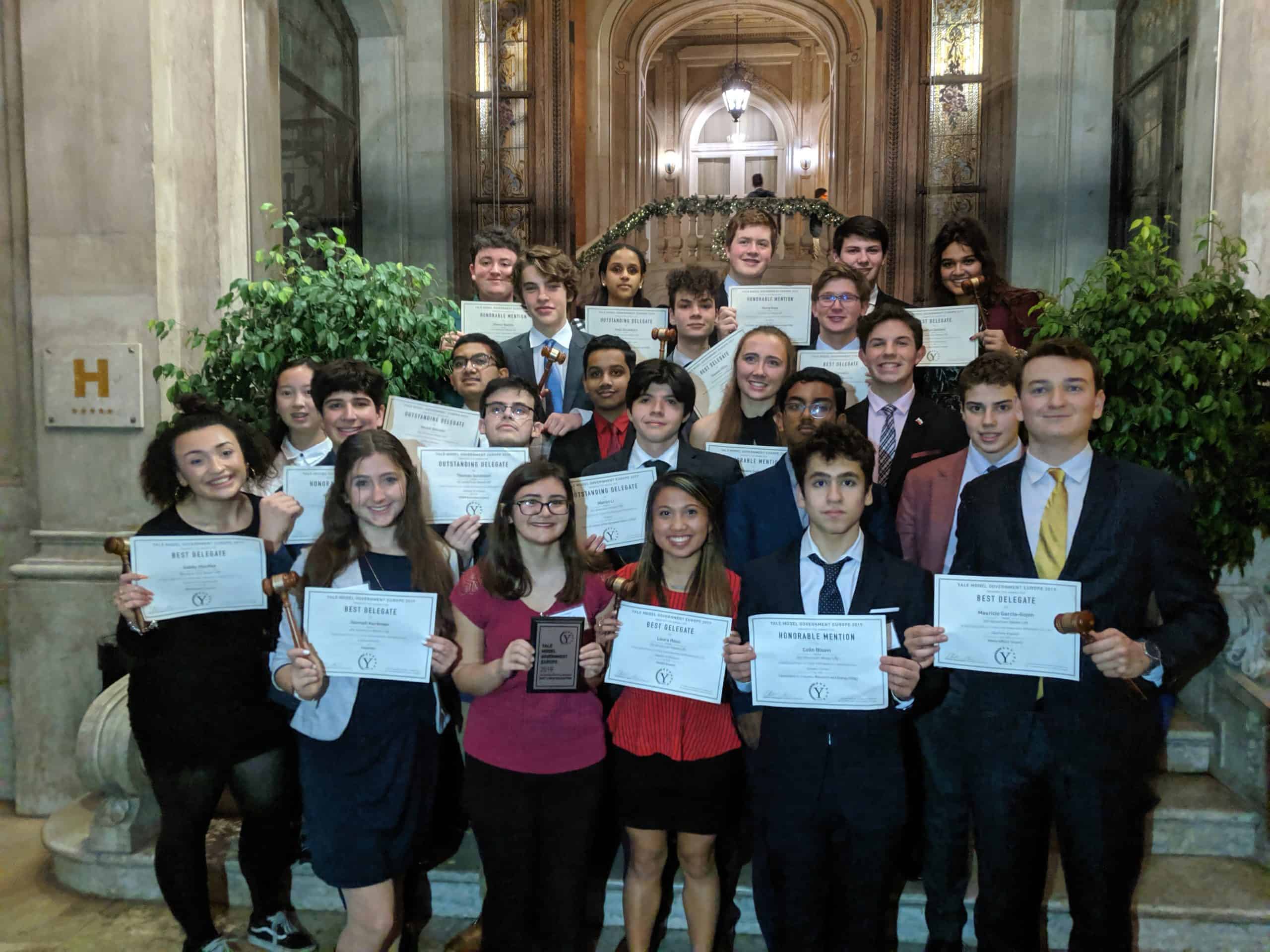 All-American Model United Nations is excited to announce our conference roster for the 2022-2023 academic year. After two years without the ability to travel to international conferences, we are thrilled to give our students the chance to compete internationally again. For many students in our community, this is the first chance they will get to experience international Model UN and Model Government.

We diligently work to source the best opportunities for our students. We plan to return to international conferences where All-American Model UN has competed in years past. We have also discovered new conferences to push our students outside their comfort zones and provide once-in-a-lifetime opportunities.

For 2022-2023, we have chosen three conferences to attend. Now that schools feel more comfortable with in-person conferences, we expect our students to bring their All-American experience to their school teams. Last year, we competed at five conferences– VAMUN, BosMUN, NAIMUN, EagleMUNC, and CMUNC. Our team won three Best Small Delegation awards and two Outstanding Small Delegation awards. In 2022-2023, we’ll be supplementing our conference roster with different conferences. Find out more about our US Travel Team.

WUMUNS is one of the premier Model UN conferences in the Midwest. Bringing together over 400 students, WUMUNS offers dynamic, innovative crisis committees to the US high school circuit. Read about WUMUN in our 2020 UNMOD feature article.

ILMUNC takes place during the heart of Model UN season over the last weekend in February. With over 3,000 students in attendance, ILMUNC is one of the most competitive conferences in the US. ILMUNC features a mixture of General Assembly, ECOSOC, Specialized Agencies, and crisis committees.

We’ll conclude our 2022-23 campaign at the country’s most competitive and academically rigorous conference, NAIMUN. Hosted by Georgetown University, 4,000 students from around the country and the world descend on our nation’s capital to compete in over 36 committees.

All-American Model UN will be competing at MoroccoMUN in November 2022 for the first time. Hosted by the Future We Want Foundation and the Italian Diplomacy Association, MoroccoMUN brings together over 1,200 students in Marrakech to debate issues of global importance. Resolutions passed during the conference will be submitted to the United Nations for review.

After three virtual sessions, HMCE will be held in person once again in Madrid, Spain, in March 2023.  This marks the fourth time All-American Model UN has brought students to the premiere Model Congress hosted in Europe.

While YMGE is typically hosted in November, the conference has temporarily shifted to Spring 2023.  YMGE has not officially released its hosting location as the conference moves around Europe. In the past, it has been held in Budapest, Lisbon, and Amsterdam. YMGE gives students an inside look into the European Union. All of YMGE’s committees are set in a “single universe,” meaning the actions of one committee affect the entire conference.