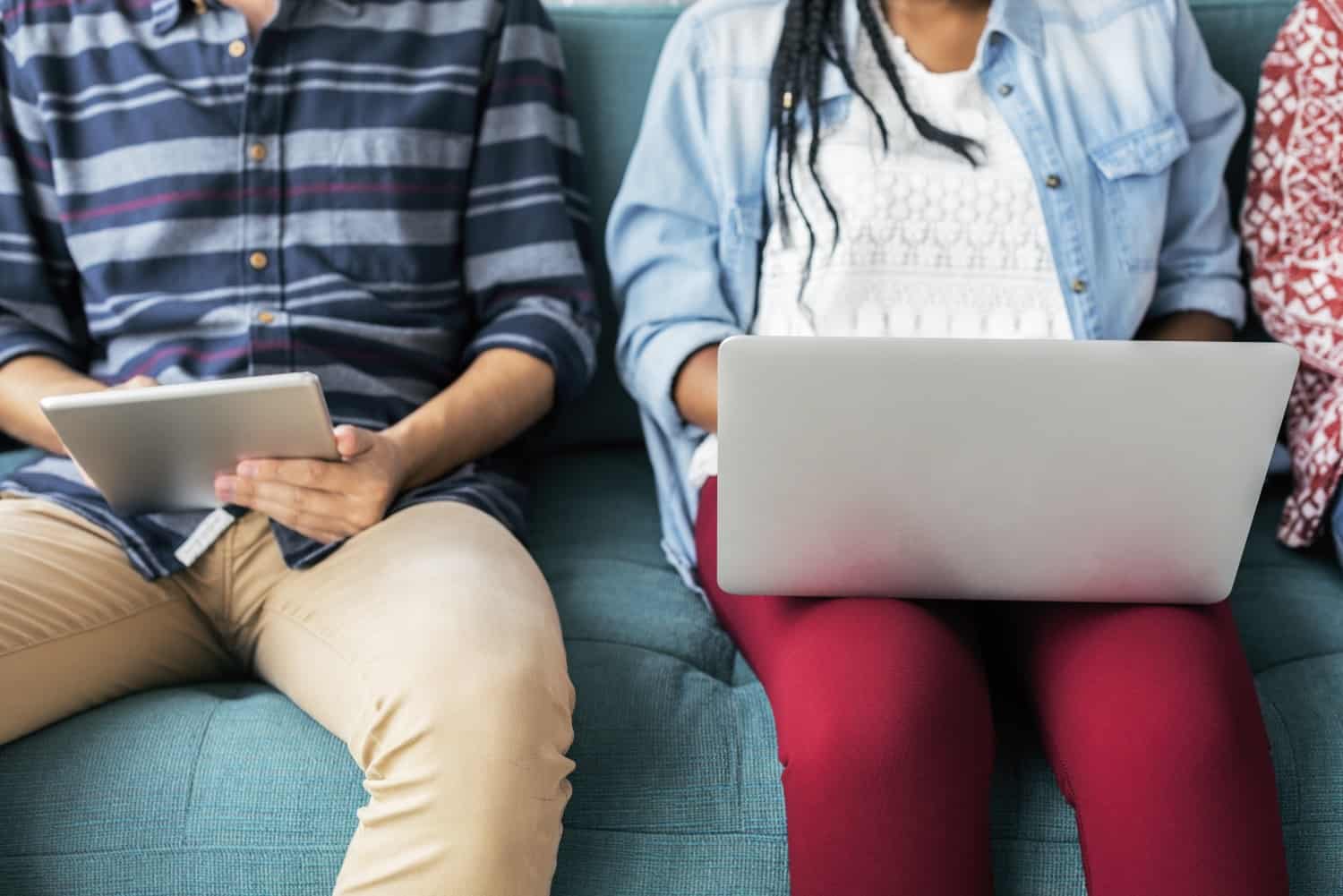 Answers to Ten Questions Designed to Help Parents Understand What Model UN is, What Your Son or Daughter is Doing, and How Model UN is Beneficial

Model United Nations can be complicated and confusing, especially for parents of high school students who may not get the “best” answers from their sons or daughters. Add in a mess of Model United Nations specific jargon, and parents may underestimate the educational power that Model United Nations can have. The goal of this guide is to help parents better understand the activity known as Model United Nations. The guide is set up to answer ten questions that I am asked most frequently by parents, but it is by no means exhaustive. If you are a parent and you are looking for specific answers, please use me as a resource. I can be reached by email at [email protected] or by phone/SMS at  857-400-9525.

WHAT EXACTLY IS MODEL UNITED NATIONS?

Let’s start with the lingo: the terms “Model United Nations,” “Model UN,” and colloquially “MUN” (pronounced like ‘fun,’ not ‘moon’) can be used interchangeably. For high school students, Model UN is typically organized by the school, as either a for-credit class or an after-school club. The degree to which the school administration or even the teacher is involved can vary drastically from district to district. Some schools have dedicated Model UN teachers that take a leading role in recruiting students to participate, training and teaching students, and running administrative tasks, while at other schools, these obligations fall to the student leaders themselves.

HOW DOES MODEL UN BENEFIT EDUCATION?

Model UN has a wide range of educational benefits for students. More so than many other extra-curricular activities, Model UN strengthens 21st Century Learning Skills, educational hard skills, and emotional soft skills. While not exhaustive, I see Model UN benefiting students in the following areas.

To participate in Model UN conferences, students often have to submit a “position paper” to the conference prior to its start. A position paper outlines the research and policies a student has developed before the conference. The best position papers demonstrate understanding of the historical context, analyze current solutions, and propose new policy. During the conference, students must write “draft resolutions,” UN-styled white papers that provide guidance and solutions for the issue being discussed.

At its core, Model UN is a solutions-based debate activity. Throughout a Model UN conference, students will give speeches in front of as many as 400 people. In smaller committees, students may be in front of smaller audiences, but they will speak at a much more rapid, impromptu pace. Effective oral communication is critical in formal debate settings and unregulated lobbying periods.

The best students at Model UN develop an intuitive ability to rapidly construct and deconstruct arguments. Students must synthesize complex sets of information and develop novel solutions while debating with other students whose role-play positions may run counter to their own.

During conferences, Model UN elevates leaders by giving them a platform to demonstrate and practice team leadership. Student leaders must rally up to 30 other students to write a single document and then potentially merge their paper with another bloc. From an organizational standpoint, Model UN teams typically name ‘head delegates,’ or captains to help train and coach other students.

The duration of multi-day Model UN conferences can make Model UN an exhausting activity. Between Thursday evening and Sunday morning, conferences can have upwards of 18 hours of debate time. This excludes all of the time students spend outside of formal breakout time researching and writing papers.

Model UN committees ebb and flow, jostling student emotions between elation and frustration. Bouncing back from setbacks during debate is key for success. On a larger scale, learning how to react to losing an award is equally critical for student development.

After participating in Model UN for a number of years, high school students pick up a large amount of topic-specific knowledge that will benefit their future studies, from developmental economics and micro-financing to educational policy designed to reduce racial tensions.

WHAT ARE MODEL UN CONFERENCES?

Model UN conferences are a group of organized breakout-style committees. Committees can be small and specialized simulations, like the Editorial Board of the New York Times, or large and broad simulations, like the General Assembly First Committee: Disarmament and International Security. Conferences can be hosted by high schools, colleges or universities, non-profits, or other organizations. They can be hosted on school campuses, conference hotels, and conference centers, or even online. Finally, conferences can be a few hours on one day or as long as five days with over 20 hours of debate time.

WHAT IS MY SON/DAUGHTER ACTUALLY DOING AT MODEL UN CONFERENCES?

Preparation for a Model UN conference begins weeks before the start date. Somewhere between two and eight weeks prior to the conference, students will receive their “assignments,” that is, the committee in which they will be participating and their role-play for that committee. For example, a student could be assigned to represent the United Kingdom in the United Nations Security Council with three topics: The Civil War in Yemen, Cyber-security, and the Peacekeeping Mission in Haiti.

Using the previous example, it will be the job of the student to research the United Kingdom’s policies and apply them to those topics. Over the course of the conference, they will debate with the other fourteen members of the UN Security Council (played by other students and moderated by a member of the conference staff) to pass draft resolutions on each of the assigned topics.

This process can be frustrating and exhausting. Some larger conferences have over eighteen hours of total debate time with some sessions lasting four hours at a time. Over the course of several days all of the student participants, or delegates, will be in conference rooms participating in role-play debates.

At the conclusion, many conferences will give out awards to recognize the efforts of certain delegates. Though there are no universal criteria or award names, conferences typically award one “Best Delegate,” first place, one or two “Outstanding Delegates,” second place, a number of “Honorable Delegates,” third place, and several “Verbal Commendations.” Model UN awards can be contentious and are subjective to the conference staff.

WHY ARE MODEL UN CONFERENCES SO EXPENSIVE?

If conference expenses become an issue, fundraising in your local community is the best option, or you can ask the conference if they provide any financial support.

IS MODEL UN CENTRALIZED? WHAT ROLE DOES THE UNITED NATIONS HAVE IN MODEL UN?

Despite the name, the United Nations is not a central authority for Model UN activities in the United States. Unless otherwise specified, the UN largely has little role in Model UN conferences. Each conference and school controls its own Model UN programs, including setting conference standards, schedules, and policies.

The UN Department of Public Information (UNDPI) has recently begun to support its own Model UN programs, known as UN4MUN, and several UN-affiliated organizations, such as the United Nations Association of the United States (UNA-USA), host several Model UN training programs and conferences.

WHAT ARE MODEL UN AWARDS? WHY ARE THERE AWARDS? DO THEY MATTER?

Many Model UN conferences will give out awards to recognize multiple students per committee. There is no universal policy for choosing award winners, nor is there a universally accepted number of awards or types of awards. For these reasons, awards in Model UN have become a contentious issue. Some in the community believe conferences should stop giving out awards, as they may distract from or belittle the educational experience, while others defend awards as positive motivation for student participants.

Regardless of your opinion on Model UN awards, they can be a driving force for many students who participate in Model UN. Awards from the largest conferences in the US, such as those hosted by Harvard, the University of Pennsylvania, and Georgetown, are seen by some students as pinnacle achievements.

Conferences typically give out the following tiers of awards:

Some other awards that conferences give out include Best Position Paper, Best Debater, Best Novice Delegate, Best Draft Resolution, Diplomacy Awards, and more. Some conferences choose not to give out awards. Conferences that do choose to give out individual awards will many times give out school awards to recognize performance by teams.

This is the toughest question to answer because there is little specific information from college admissions offices.

Generally speaking, here is how Model UN can bolster a college application:

HOW CAN MY SON/DAUGHTER IMPROVE AT MODEL UN? ARE SUMMER PROGRAMS A GOOD OPTION?

Many high school students find their identity while doing Model UN. Unfortunately, not all school programs are equal. Some schools benefit from having veteran student leadership or strong teachers with years of experience, while other schools lack that experience. To improve Model UN skills, students must practice, just like any other sport or activity.

There are plenty of online resources that students can use to build their own skills, train other members of their Model UN team, host their own conference, or even practice debating with other students.

Summer programs are a great option for getting more experience and teaching from Model UN experts. All-American Model UN offers a summer Diplomacy Academy every summer, and there are plenty of other organizations that offer their own summer camps. These programs normally have fees or tuition associated with them to cover staff expenses, lodging, food, and other activities.

IS THERE MODEL UN IN COLLEGE?

Yes! Many colleges have Model UN programs set up as co-curricular student activities and some have independent 501(c)3 student-run organizations. In college, students can participate in Model UN by staffing conferences, attending events and talks, or participating on the travel team. Some schools have competitive travel teams while others offer travel team opportunities as academic extensions of courses.

Frank is the founder of the All-American Model UN Programs. He has been involved in Model UN activities for over 15 years. He can be reached best by email at [email protected] or by phone/SMS by calling 857-400-9525.