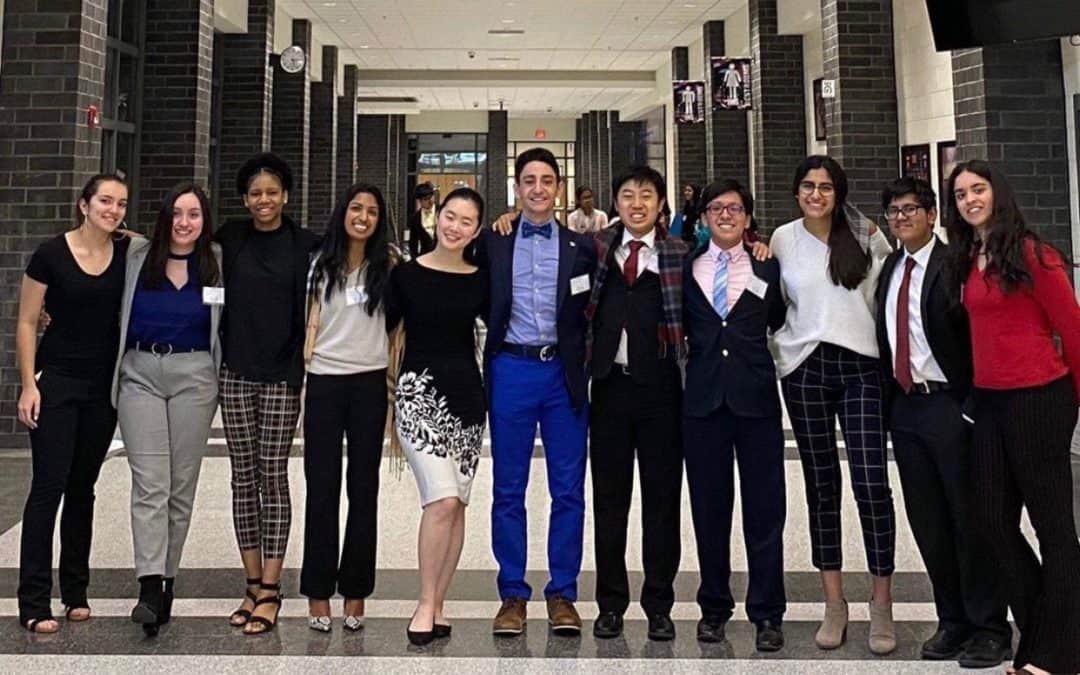 Joel Shapiro is the Secretary General for Thomas S. Wootton High School’s third annual Model United Nations Conference (WHSMUN), and an All-American Model UN veteran delegate. After having served on the conference staff of WHSMUN for three consecutive years, Shapiro culminated his involvement with the infamous Wootton Model UN program as the head of the Secretariat. Shapiro himself is a seasoned competitor, with high awards at several Ivy League Model UN conferences across the East Coast, as well as abroad as a member of various All-American Model UN travel teams.

Model UN in the DMV area (District of Columbia, Maryland, and Virginia) is about as cutthroat as it gets. With multiple powerhouse Model UN schools in extremely close proximity, local conferences in this area are nothing short of brutally competitive.

The sustainment of any highly-performative, award-winning Model UN team, however, demands a strongly integrated training policy to bring underclassmen up to the level of performance of graduating seniors. Wootton High School, which took Best Small Delegation at Georgetown University’s North American Invitational Model UN–the most competitive Model UN conference in the country–is firmly dedicated to the noble quest of training novice delegates. As Shapiro puts it:

“The DMV area is terrifyingly competitive place to join Model UN; at WHSMUN, we cater our conference specifically to integrate novice delegates with the veterans.”

At WHSMUN 2019, 30% of committee offerings were crisis committees. Across all crisis offerings, the Secretariat pushed for extensive staffing as to dedicate special attention to a well-run backroom. Shapiro noted that more crisis staffers meant that crisis notes were returned almost immediately, thus facilitating infinitely more opportunities for first-time crisis delegates to receive feedback on their notes and improve significantly over the course of the conference. WHSMUN 2019 hit record high numbers in terms of their crisis staff, with a shockingly impressive final ratio of 3:1 crisis analysts to delegates.

“Our goal is not to simplify Model UN, but to provide a professional, competitive atmosphere with quality debate curated specifically to train, challenge, and improve novice delegates.”

Shapiro agreed that in local circuits across the East Coast, we often see novice conferences refuse to offer anything outside of basic General Assembly committees, and select topics of debate that are simplistic in an effort to ease the transition into more complicated Model UN topics. When these delegates eventually attend other Model UN conferences offered by colleges or more competition-driven local high schools, their experiences in novice committees will hold little value because the committee atmosphere is radically, radically different.

“Lowering the quality and intensity of a conference to accommodate novices is actually doing a disservice; our goal is not to coddle, but to integrate.”

Shapiro added that the WHSMUN Secretariat aims to embrace the complexity and nuance of high-level Model UN while simultaneously catering to novices by providing the staffing necessary to guide delegates through the difficult process. In the case of crisis committees: backroom holds delegates to the same high standards of quality crisis arc development and crisis note writing that would be found at a college-run conference, but an exceptionally high number of crisis analysts are provided such that delegates are set up for success.

WHSMUN 2020 is sure to be the biggest year yet, and another iteration in which WHSMUN’s conference philosophy of giving back to the notorious DMV circuit is upheld with utmost ferocity.

Up Your MUN Game this Summer
The Ad Hoc Academy at Johns Hopkins University will give students plenty of opportunities to practice their speaking skills while taking advantage of professional coaching and guidance. Compete in six simulations in six days for over $6,000 in prizes.
Apply today!