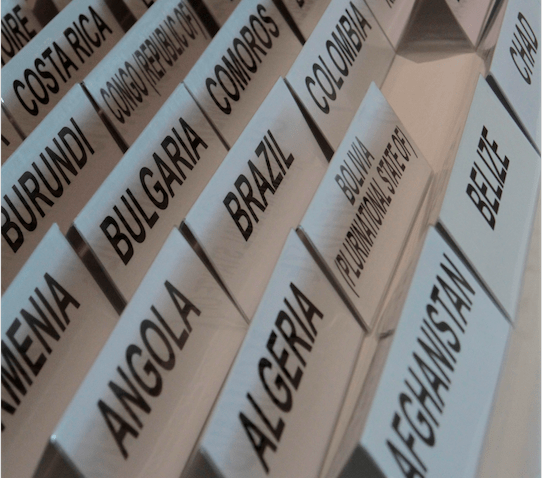 Let’s think of this in terms of football. At the end of each season, the last place team, rather than the Superbowl Winner, picks first in the draft. If the top team got the first pick, not only would it have been rewarded with a championship title, but it would also be put in an even better position to win next year’s playoffs. In this case, we would start to see only a couple of top teams making it to the last playoff games– much in the same way we see the same teams winning at Model UN conferences.

If a strong delegation wins a Best Large award at a competitive conference, it should not receive the most wanted spots on each committee for the competition. Currently, high school Model UN conferences are dominated by a few top delegations whose names have become infamous in the circuit. At any competition, it is not uncommon to hear multiple gavels awarded to delegates from the likes of Dalton Academy, UChicago Lab School, both West Windsor Plainsboro Schools, Horace Mann, or JP Stevens. And often, these delegates win representing states like the USA, China, France or other major powers.

Powerful delegates should not be given powerful assignments. In any competitive sport, giving the underdog a fighting chance improves the quality of the contest for all. If delegates from less well trained delegations were given better assignments, they would become more challenging opponents in committee. In turn, this would increase the competitiveness of the conference, and make the awards-outcome less predictable. It is in the interest of every conference to avoid assigning successful teams the best spots.

There is always room for improvement. Any high school Model UN team that believes it has reached the peak of its potential is almost surely wrong. Model UN requires a diverse set of skills, all of which can take a lifetime to sharpen to near perfection. Every team should aim to improve upon what it has already accomplished and challenge itself to reach even greater heights.

Picking easy country assignments for Model UN conferences actually hurts a team. If your delegation’s goal is to get even better, then choosing powerhouse countries to represent is counterproductive. Yes, it will make winning a delegation award easier. But if strong delegates are given an easy path to winning the gavel, they will ultimately find themselves becoming weaker speakers and negotiators.

Competition drives improvement. Rather than being complacent with their achievements, teams should strive to make each conference a new and greater challenge. If a team has had success representing the USA, the next logical step for it is to try harder assignments. This way, those mistakes and failures that are so crucial for a delegation’s growth will continue to arise.