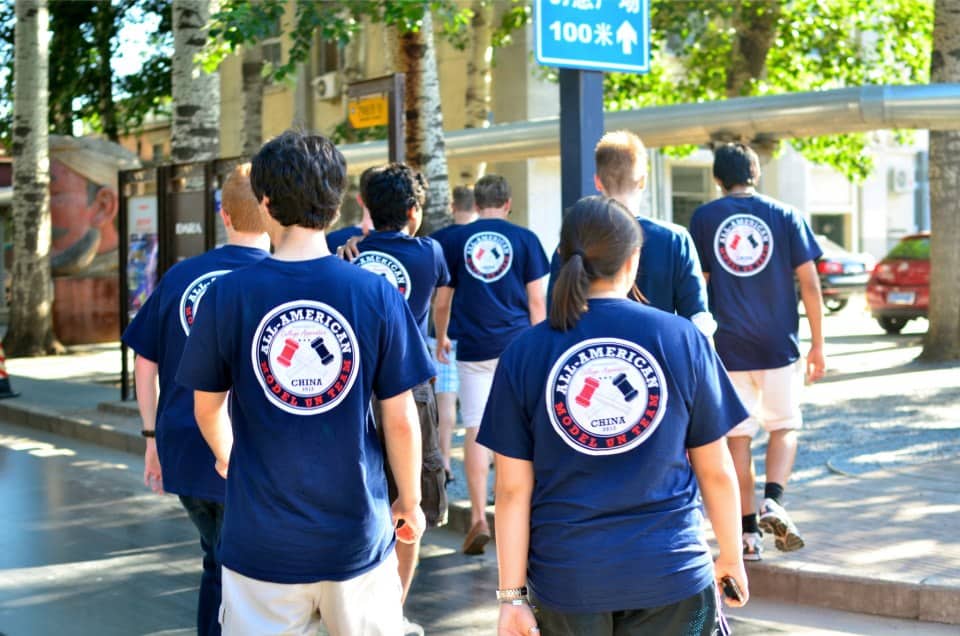 Analyzing the Implications of Absurdism in Model UN: A Plea Against “FunMUN”

Analyzing the Implications of Absurdism in Model UN: A Plea Against “FunMUN”

Have you ever been in a committee where zombies were invoked? Where nukes were deployed in the first committee session without regard for loss of life? Where a worldwide cannibalism epidemic took form? Where the Republic of [insert delegate name here] was formed through 2 poorly written crisis notes? Have you ever been in a committee where so-called “FunMUN” got out of hand, to such a ridiculous extent that it wasn’t even mildly funny anymore because it was just that absurd? For many delegates–particularly those who specialize in crisis committees–these scenarios are regularities at every conference, especially during the last committee session. The predictability of these scenarios, though, does not excuse their existence. FunMUN and the culture which surrounds it undermines the value of Model UN as an activity and massively detracts from the experience of delegates, faculty advisors, and chairs alike.

There are infinite reasons to join Model UN, but among the most common is a genuine interest for global affairs, geopolitics, or international cooperation. FunMUN strips the activity of that substance; it transforms an otherwise highly-academic activity into something ridiculous and completely lacking any base in reality. For students who do Model UN because they may want to pursue a career in the sphere of international relations, this kind of letdown is not only disappointing and frustrating, but it is a complete and utter waste of time for everyone involved.

In General Assembly committees, we are tasked with the difficult challenge of finding new solutions and compromises while maintaining consistency with the positions of assigned countries, many of which are radically opposed on the topic of debate. To produce feasible solutions which are both effective and agreeable, we must think creatively and intelligently. It requires a high degree of research, debate and lobbying skills, emotional intelligence, and rhetoric employment. All of this is to say that Model UN is a deeply academic activity, one which leaves no room for crisis arcs that make fun of real geopolitical topics.

That being said, creativity is certainly an aspect of success in Model UN. The question is, I suppose, when does that element of creativity go too far? A general answer any instance in which we take positions that transcend logical justification or which dismiss any tangible consequences as nothing more than “part of the joke.” The importance of creativity in Model UN is far too often used as a justification for the “FunMUN mentality.”

Make not the mistake of assuming creative must be synonymous with unrealistic, supernatural, or downright humorous.

Creative solutions, to someone who does not enjoy politics, can actually look quite boring, ranging from international monetary instruments, innovative humanitarian aid distribution strategies, and transnational judicial bodies.

Another reason as to why many choose to advocate ludicrous positions is beneath the presumption that they might gain popularity in committee for being funny. In actuality, though, these types of delegates are embarrassing to watch, because it is extremely transparent to everyone else in the room that the solution is a desperate attempt to gain clout. When delegates advocate for ridiculous solutions in committee, they undermine themselves by making it clear that they are unwilling or, more likely, unable to effectively represent their country.

As a means of distracting from their resounding lack of research or general incompetency, they attempt to distract committee from the debate that everybody else came for. When delegates cannot compete, one way out is to try and prevent the competition from progressing at all, because at least that is better than getting left in the dust.

A far superior way to gain popularity in committee is simply by gaining the respect of your peers by performing well. Do your research, come prepared, advocate your solutions, and do your best. The wholesome route is widely much more effective than the easy one, which likely will only end up pissing off a whole bunch of people.

The issue of FunMUN culture is not merely at the hands of delegates who choose to opt-out; it is also perpetuated by conference staff, crisis staff in particular. I have personally been in several crisis committees where delegates were thoroughly prepared and willing to take the topic seriously, but were instead given crisis updates that were so insane they barely connected to the topic at all.

Now, it is certainly acceptable to deviate from history in historical crisis committees; in fact, this is inevitable. That being said, rewriting history does not demand that it be rewritten as if by a 5 year old child telling a story.

Far too often, crisis staffers (whether high school or college level) are all friends, so they make the poor decision of delivering funny updates with Nerf guns and costumes rather than aiming for historical accuracy. In most cases, FunMUN does not occur until the final committee session, but typically, it is quite easy to predict when a committee staff will devolve into nonsense earlier in the conference.

As a historical crisis delegate, your job is to gather as much information about your position as possible, and then use that precedent to decide how your assigned character would most likely respond to updates that didn’t actually occur in real life. That educated position choice is wholly impossible should crisis staffers choose to abandon historical realism before delegates even enter the committee room.

For some, FunMUN is the highlight of every conference. For many, it makes us want to skip the  last committee session and just do homework instead. It can be a cathartic experience to destress and debrief after a long weekend of committee sessions, or it can be its own form of frustrating chaos that seems to undermine everything you’ve done.

Regardless of your personal opinion on FunMUN, it is certainly true from a faculty advisor or coach standpoint that FunMUN hugely detracts from the lessons which Model UN is intended to teach students. In that regard, it is indeed a tragic way to conclude an otherwise inspiring Model UN conference.

Skipping the final committee session is never an acceptable idea, no matter how much of your time is wasted listening to delegates giggle as they present working papers about taming unicorns, nuking the entire world, or shipping the whole population of Canada to the moon. Instead, make the proposition to close debate and spend the last few hours of committee without stress by getting to know your chair and fellow delegates through snap cups, superlatives, and round robins to share crisis arcs. Do everyone–including yourself–a favor, and stand up against FunMUN and all it represents.