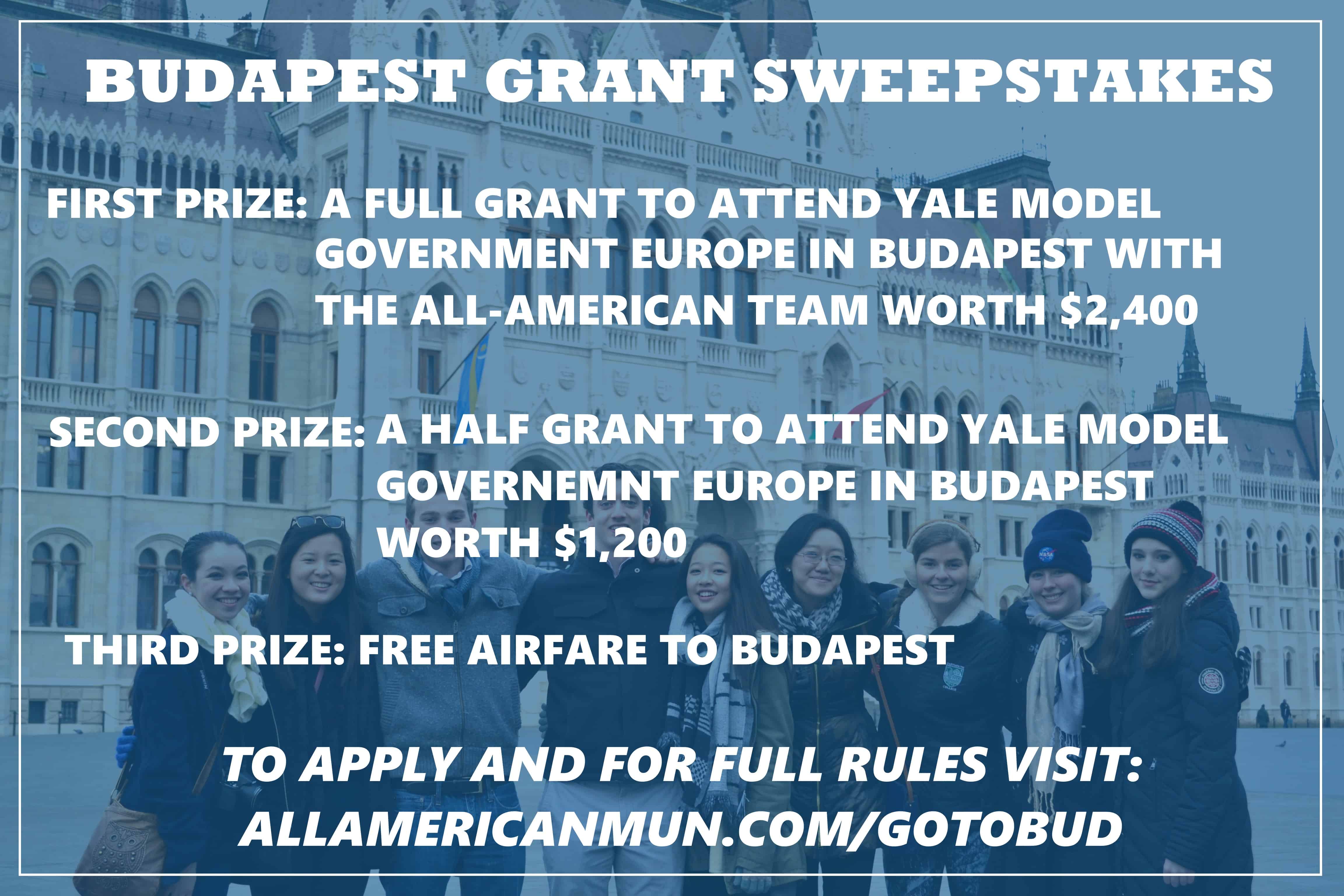 The All-American Model United Nations Programs will be sponsoring one students with a Full Grant valued at $2,400 to attend Yale Model Government Europe, or YMGE, from November 23-27, 2018. YMGE is a fully-integrated crisis conference designed to simulate the European Union Council of Ministers. Organized by the Yale International Relations Association, YMGE has taken place in Budapest for the last five years.

The Instructions and Application