Why You Should Always Ask Your Chair for Feedback 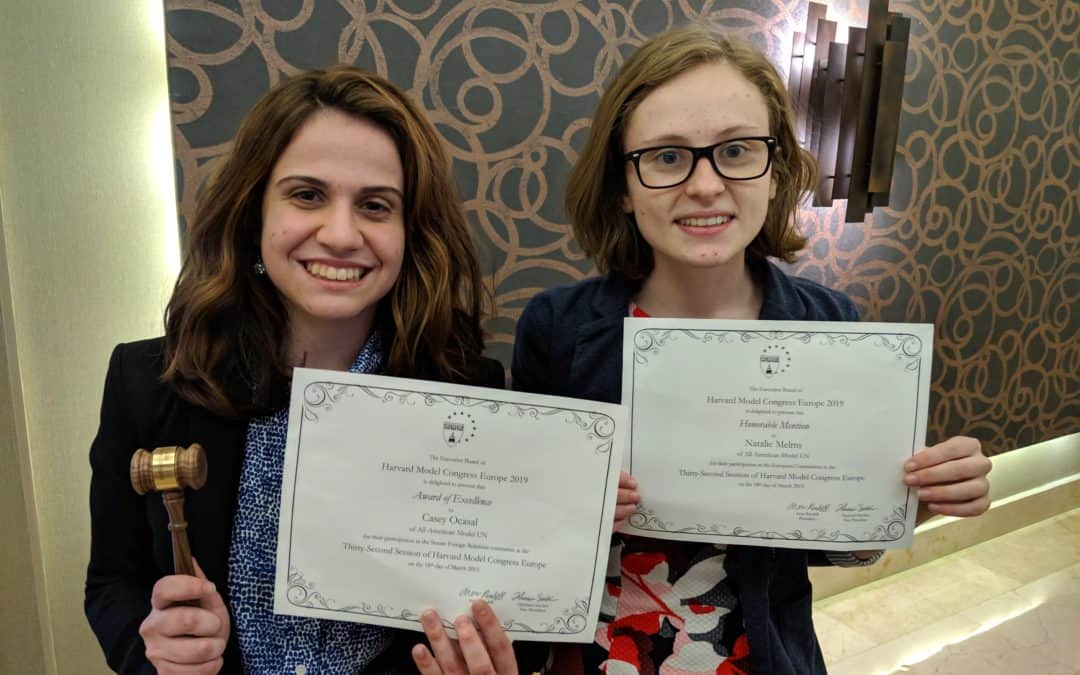 To prepare for a Model UN conference, a delegate will research a topic for weeks, write comprehensive papers on the issues, and synthesize creative global solutions. In addition to this, the delegate will argue for his or her research and debate the finer points of various resolutions with others who have also prepared greatly for the conference. For the average student, these tasks alone are daunting; but, for Model UN delegates, the most difficult task may be accepting and processing constructive criticism from the chair.

No one enjoys receiving criticism. Often, it can feel like a personal attack against one’s intellect and hard work, even though it is rarely meant as such. As an underclassmen in high school, I never sought out feedback from my committee chairs. After all, I was already my own worst critic and I didn’t need another person to confirm my failings for me. As I continued to compete in high school Model UN and progressed onto the college circuit, however, I began to see the value in feedback from the chair. I can now firmly argue that feedback from the committee chair is the most valuable thing a delegate can leave a Model UN conference with. This is to say that, as cheesy as it may sound, individualized, specific suggestions on how to improve one’s Model UN performance from experienced delegates far outweighs the value of any gavel.

At All-American Model UN, we constantly preach of the importance of adaptiveness and constant improvement. There is no perfect strategy or perfect delegate; rather, Model UN, much like any other activity of discipline, is an exercise in cyclical reflection, pattern recognition, and adaptiveness as a result.

Though it is possible to improve without requesting feedback, it is less effective than pursuing an external perspective which can point out even the most internalized flaws.

Why Ask The Chair?

Faculty advisors are meant to be cheerleaders and coaches, whereas chairs have a uniquely evaluative role as awards are constantly in mind.

Fellow delegates cannot provide viable feedback, because for the vast majority of time in committee, their focus is not on you: they, too, are competing. Further, fellow committee members should inhabit the role of friends, not judges. Above all else, asking other stakeholders for feedback won’t hurt your performance, but the chair stands above all alternative options. Go directly to the source, ask the chair.

Ultimately, the chair is under no obligation to deliver feedback at all, so delegates should express gratitude for whatever the chair is willing to provide.

If at all possible, delegates should ask for feedback in person rather than over email. Many delegates prefer  email correspondence to face-to-face conversation because receiving feedback in person can be much more of a blow to one’s ego, and thus an email is easier and far less unnerving. That being said, the capacity to receive constructive criticism while refraining from taking it personally is a life skill of paramount importance, hence, delegates should take the opportunity to develop this skill.

Further, asking for feedback in-person will have a massive impact on the quality of the feedback. Once the conference is over, the chair will return to being a student, caught up in classes and their own social life, and will thus be unlikely to remember each delegate that participated in their committee, let alone the strengths and weaknesses of those delegates. Talking to the chair while they are still in ‘committee mode’ will allow for the chair to give thoughtful and detailed criticisms and compliments to the delegate while it is still fresh in their memory. Take advantage of the timeliness and request feedback immediately after the committee wraps up following the third session.

A tool such as feedback is useless if a delegate does not properly use it. After the conclusion of the conference, a delegate should consider what suggestions the chair gave them on areas of their committee skills that need improvement. Keeping these areas of improvement in mind, a delegate can think back on specific examples during the conference where they fell short in these areas, and what they could have done differently during those times. At the same time, the delegate should not only consider the negative aspects of the feedback, but also the positive ones. For most high-performing, serious Model UN participants, ignoring positive feedback is custom. It is well-established, however, that confidence plays a massive role in a delegate’s success, so acknowledging a chair’s pat on the back is just as important as negative feedback in improving Model UN performance at the next conference. Delegates should think about successful moments in the conference that can be replicated in future competitions. As a delegate reflects on feedback, both positive and negative, it may be helpful to write a short analysis of the conference somewhere that takes into account the chair feedback. Later, when preparing for the next conference, the delegate can read this reflection and anticipate how they will improve upon weak areas of the committee and which skills they should focus on demonstrating.

Everything done during a Model UN committee leads up to closing ceremonies as the end result of the competition is to determine who will leave with the gavel.

Like in any competition, participants compete not only against the rest of the competitors, but also against themselves.

To keep growing as a delegate and have successful closing ceremonies, a delegate needs to take advantage of the invaluable resource that is chair feedback.

Related Article: The Ultimate Guide to Model UN Feedback: Where to Get it and How to Translate it

Related Article: Here’s Why Confidence is The Most Important Skill You Need to Gavel