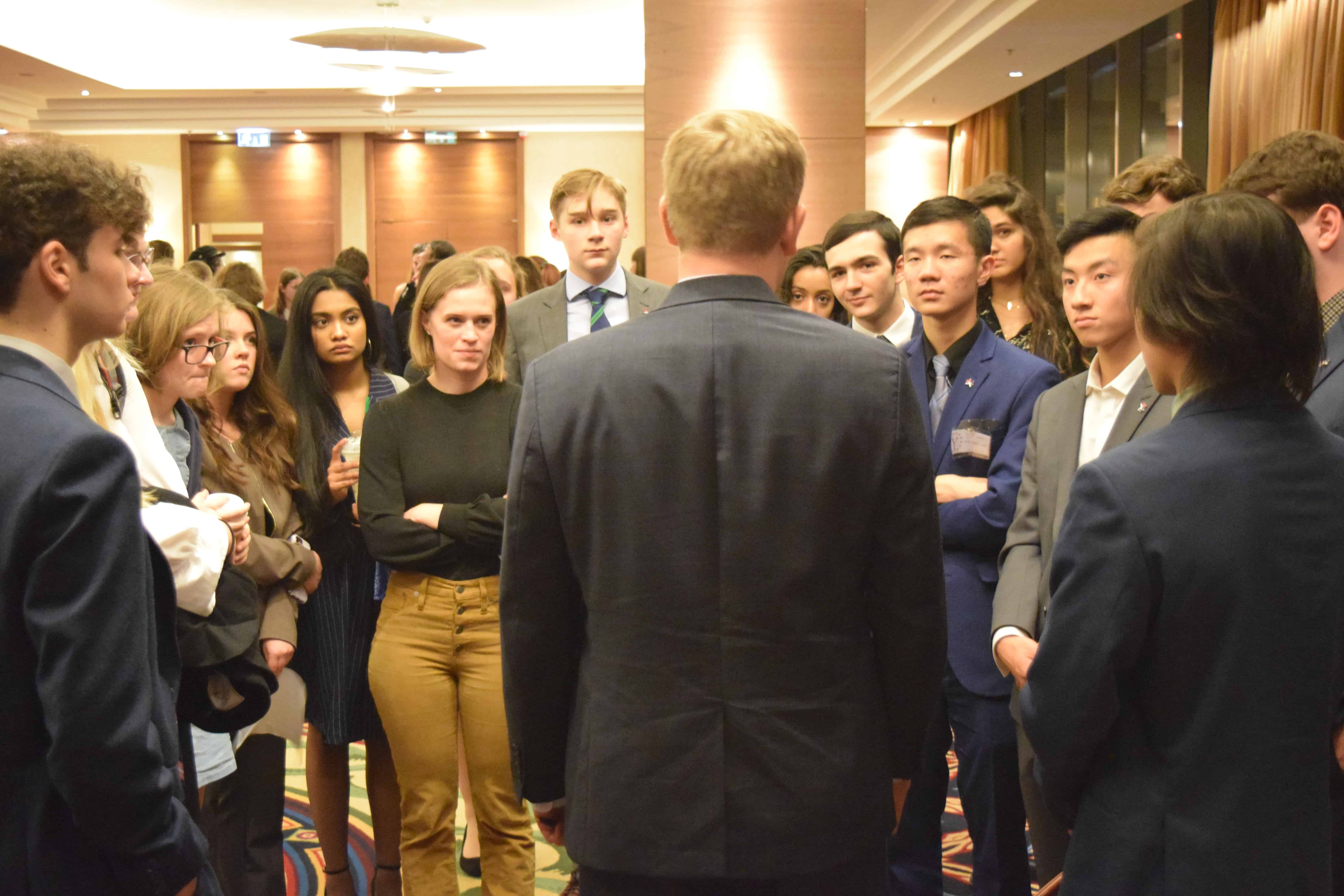 I’ll admit, when I first started hearing my students use the “snaked,” I wasn’t entirely sure what they meant. Clearly, it had a negative connotation. After doing some searching on Urban Dictionary, I think I have a better understanding.

Most of the definitions I found alluded to trusting someone who ultimately betrays you for their advantage. Though, I think my favorite definition of a snake was this entry:

Here’s my advice if you think you’re getting “snaked” at a Model UN conference: stop complaining, take responsibility, stop taking things for granted, communicate more effectively, and don’t take your foot off the gas pedal.

Let’s go through each of those one at a time.

Competing at a high level in Model United Nations is as much about mindset as it is about performance. If you’re leaving a committee session blaming the chair, the other delegates, or your double del partner, I’ve got news for you—you’ve already lost.

Students who excel in Model UN cast aside the usual excuses and focus on actions they can take to impact positive change. These types of actions—reorganizing your bloc, including more people, asking thoughtful questions, writing clauses and amendments, and compromising—not only enhance your reputation in committee but also get you noticed by the committee directors and chairs.

There’s nothing wrong with venting after a long committee session. Make sure it stops at venting with teammates and doesn’t permeate your approach.

Let’s take a step back and examine what we’re discussing from 10,000 ft: you’re complaining at an international policy debate competition that your opponents are doing everything in their power to assert their influence and win an award?

I wholeheartedly believe that most people act in their self-interest, but I also contend most people act ethically. It would be foolish to suggest that no one has ever stolen a clause before, and yet the vast majority of the time, people don’t steal, plagiarize, or cut people out.

If during a Model UN committee, you draft a clause that gets formally introduced, technically anyone in the committee has a right to use that idea.

Logically, you should care more about the solution being integrated and accepted, rather than getting personally recognized for it. Remember, the point of the simulation is to represent your country and your country’s people to the best of your ability.

I think when people complain about getting “snaked,” the incident boils down to a miscommunication.

This is one of the reasons why Model United Nations is such an important learning tool—miscommunication is a lifelong experience. Whether you’re in high school, college, or the workforce, communication errors happen all the time. How you choose to respond will determine your lot.

Pro Tip: Don’t be passive aggressive. I know how easy it is to be cynical and to make snide comments. While that may make you feel better in the immediate, it only escalates the situation and makes people feel uncomfortable.

If you feel you’re being “snaked,” ask for clarification. Be upfront, but not aggressive. Make sure everyone understands what the expectations are and what the end result should be.

Don’t Take Your Foot Off the Gas

Model UN conferences, especially three or four-day conferences, are marathons, not sprints. Model UN exhausts delegates because it tests your mental stamina and interpersonal endurance. Sixteen hours is a long time to spend with a room full of your peers; sixteen hours spent debating with your peers is a minefield.

Effectively, your challenge rests in finding the motivation to get you through an entire weekend.

If you decide to check out for half a committee session, and then you realize that you’ve lost control of your bloc, I have news for you: You didn’t get “snaked.” You slacked off.

It is disheartening when delegates complain about getting “snaked.” I do not believe in excuses because you do not learn anything from blaming other people. Maybe it was the case that someone did you dirty, throughout your life, you’re going to encounter bad actors. Take the opportunity now to learn how to directly confront situations to get the outcome you desire.