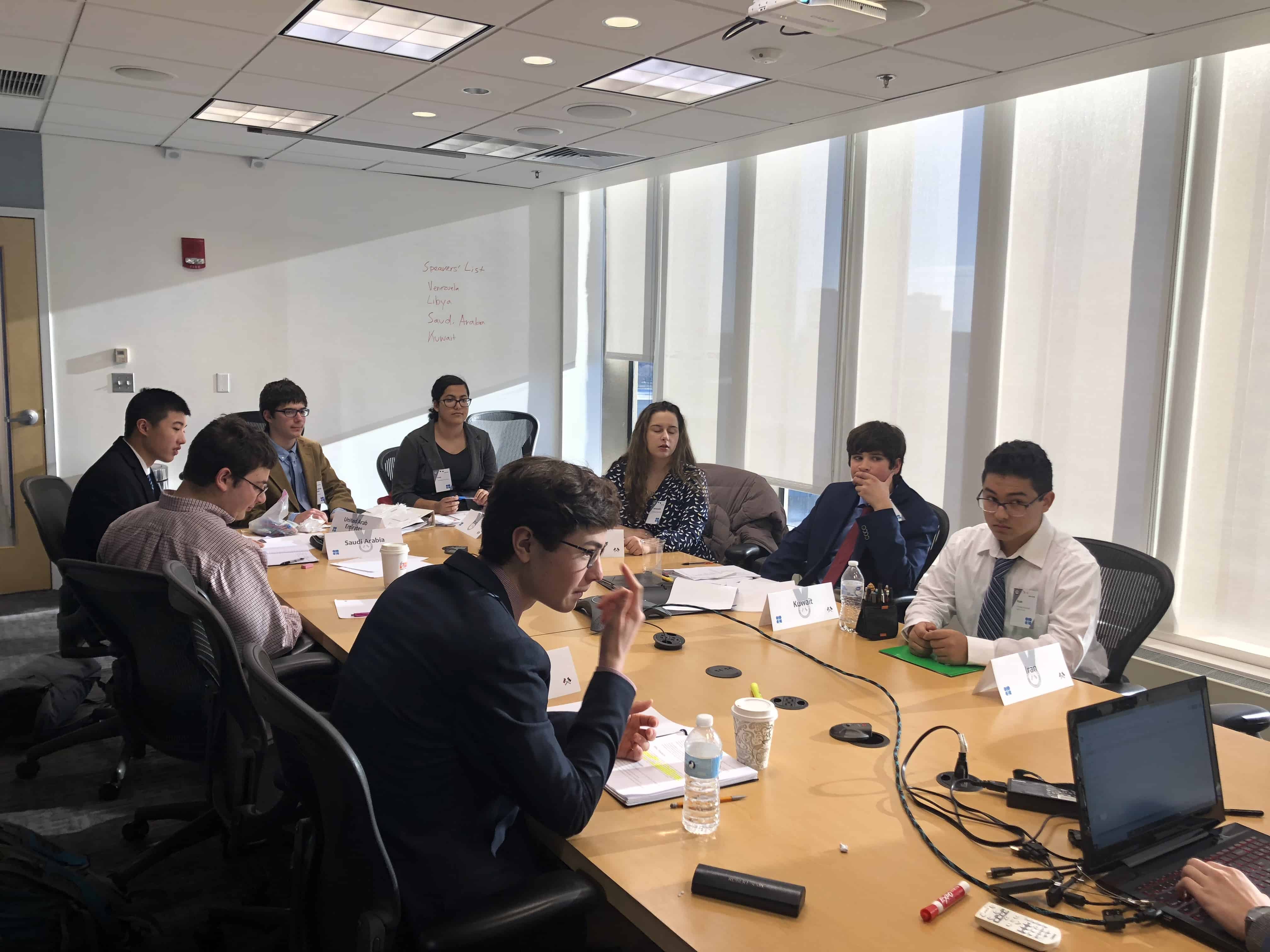 Why I Prefer Crisis Committees Over General Assemblies

Why I Prefer Crisis Committees Over General Assemblies

My goals in any Model U.N. conference are pretty straightforward: debate, solve issues, convince other delegates to get behind my resolutions, and, of course, win – all through the lens of a particular nation or person. These goals are the same for any competitive MUN delegate, regardless of whether the delegate is in a General Assembly (GA), or a Crisis Committee. That said, the way delegates prepare for and conduct themselves during these two types of committees couldn’t be more different, and it’s these differences that, when given the option, lead me to choose Crisis over GAs every time.

A few of the differences between GAs and Crisis are glaringly obvious the moment you walk into committee. For one thing, the conference rooms are notably different. GA’s are held in large conference rooms as there are often upwards of one hundred delegates in a single committee. Conversely, the format of a Crisis is more conducive to fewer delegates; therefore, committees typically meet in small rooms. As a matter of convenience, smaller rooms with less people translate to easier access to and less competition for electrical sockets for phone chargers, computers, and extension cords. Additionally, the conference tables and chairs tend to be more plush and comfortable in small conference rooms, and you’re less likely to encounter empty water coolers.
Creature comforts aside, the logistics of the room size and the number of participants in a GA can affect your performance. At the end of the day, Model U.N. is about speaking. If delegates cannot be heard over the throng of committee chatter, they’ve got a serious problem. In GAs, mics are often a necessity, and even then, finding ways to grab delegates’ attention in every corner of the room can be challenging. The small size of a crisis room, however, means your voice won’t be drowned out during committee.

Another difference that quickly becomes apparent in GAs versus Crisis is the overall level of experience of the delegates in the room. Many, if not most, GA delegates can count the number of MUN conferences they have attended on the one hand. Many still struggle with parliamentary procedure, writing resolutions, and building blocs. This leaves a handful or so more experienced delegates who will find the flaws in the competition within the first few minutes of debate. These seasoned delegates often manage to take control of the GA at the outset, maintain that control throughout the conference, and win awards.

While delegate experience is clearly an advantage in GAs, MUN experience is crucial if a delegate wants to succeed in a Crisis Committee. A key component of Crisis is notes. A well thought-out and well timed crisis note is a game changer, and delegates need to walk into the room already armed with a plan, or an arc, to outmaneuver everyone else. Delegates who know how to use crisis notes can upend the entire committee instantly. They can sideline other delegates, derail committee issues, and introduce new controversies to be resolved all by secretly slipping a crisis note to a conference co-chair. Want a civil war? Use a crisis note to start a revolution. Want to get dirt on a delegate, who seems to be doing a little too well? A crisis note might lead to the delegate’s imprisonment on “murder charges” or, better yet, his or her assassination. Want to secede and form a new country? Gather an army and “democratically ” elect yourself as the lifelong president. Furthermore, delegates can construct elaborate plans and coalesce power within their committees, even if they choose to remain relatively quiet during debate, which allows them to influence the committee in a way that contradicts their in-room actions. The point is that crisis committees create a unique MUN experience, wherein delegates can exercise creativity and give themselves the edge by stealthily building power bases, which are entirely unbeknownst to the rest of the room until the eleventh hour, when it’s too late to do anything.

Not surprisingly, crisis notes often change the pace and direction of the committee; therefore, being able to think quickly on one’s feet is critical to a delegate’s survival. Notes create the need for rapid responses through real-time directives and force delegates to tackle issues that were never on their radar while preparing their committee arcs. Moreover, as crisis notes are ongoing, creating new challenges and crises, directives are passed continuously throughout the conference, and delegates frequently must reconsider their stances as they sprint from one issue to the next. Basically, crisis notes capture the idea that people have to come up with creative ways to adjust to the curveballs life can throw at you in a moment’s notice. They introduce unpredictable elements and unforeseen events during committee, which sometimes prompt chaotic and unconventional reactions by delegates. Success in a GA, however, hinges on a delegate’s ability to build large enough blocs and gather enough votes to pass a resolution at the end of the conference. This can be a long and slow process, especially if a committee is in gridlock, making GAs more like a marathon.

Where General Assemblies focus on the sport of bloc building, Crisis Committees focus more on the art of Machiavellian strategizing. The former involves mastering the skill of controlling others through the use of persuasive public speaking, negotiation, and resolution writing, while the latter involves mastering the skill of plotting around others through the use of ingenuity, deception, and subterfuge. Mastering the skills necessary to be competitive in both GAs and Crisis will go a long way in Model U.N., but the endless possibilities that crisis notes offer make Crisis Committees more exciting, and in my opinion, often more enjoyable than General Assemblies.

Related article: What Exactly Is a “Crisis” in Model UN?

Related article: 3 Ways to Make Your Crisis Notes Stand Out