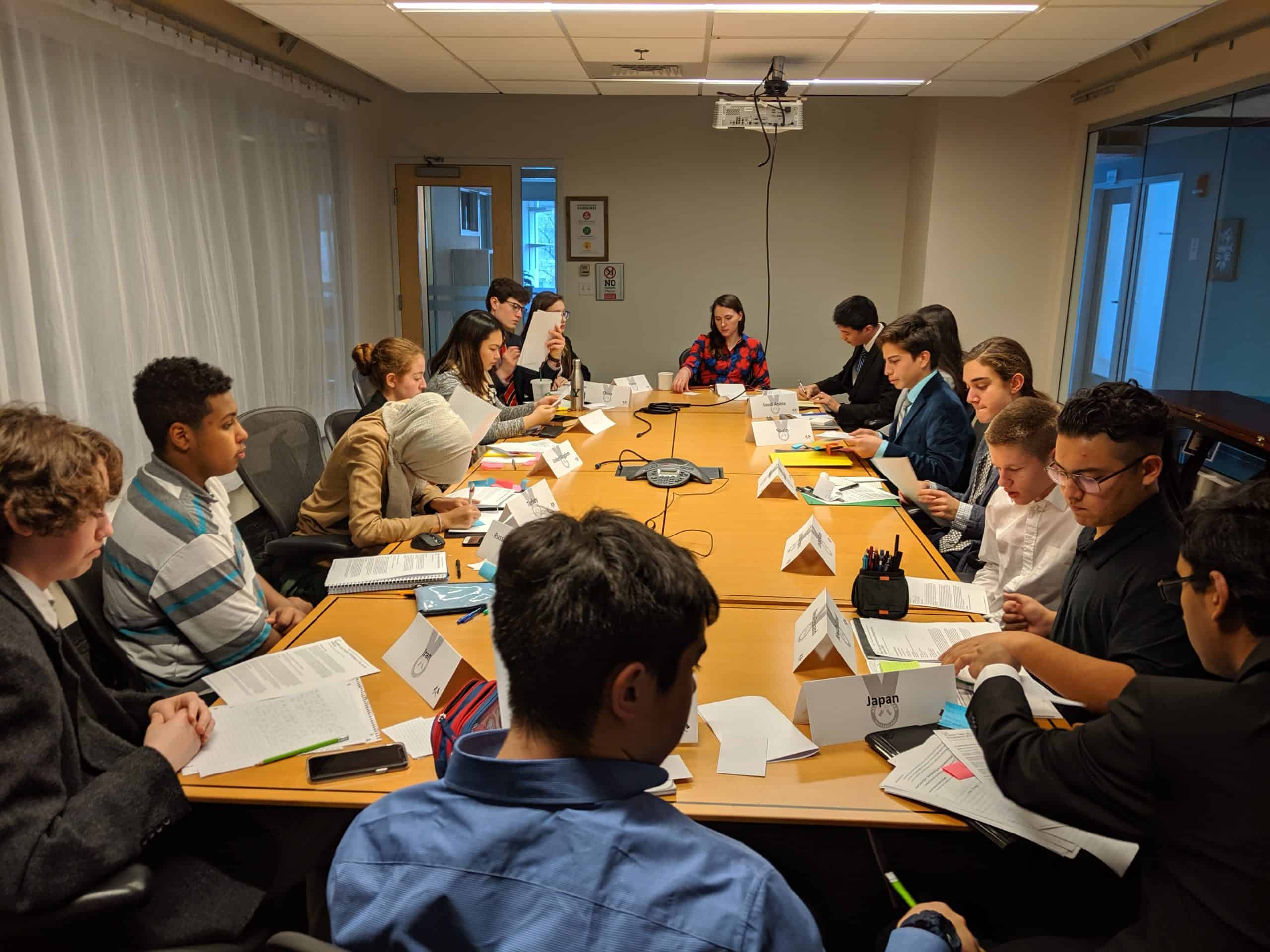 Where You Sit Matters: How to Pick The Best Seat In Committee

Where You Sit Matters: How to Pick The Best Seat In Committee

Imagine you’re in a committee. The chair has called for speakers during a moderated caucus, and your hand shot straight up into the air. However, time and time again the chair decides not to call on you.

In Model UN, the little things add up. Who you talk to, when you talk to them, the tiniest phrasing in your resolution to make it binding or nonbinding, and yes, even where you sit. Often, chairs may overlook you simply because of your place in the room. You strive for the ideal seating arrangement which balances where your placard can easily be seen with where you can move freely.

The answer is surprisingly simple.

In a General Assembly or a Large Specialized committee, the chairs or desks are often arranged into rows with one or a few central aisles.

Movement: The easiest places to be able to get up and move around during unmoderated caucuses are aisle seats. They allow for an easy escape to get to your bloc without getting stuck behind immovable delegates.

Sight: While you want to sit in an aisle seat, you must also consider which row. In a large committee, such as the General Assemblies at ILMUNC or NAIMUN, there may be upwards of twenty rows, so you can easily be lost amidst the hundreds of delegates. You don’t want to sit too far back. The back rows are often too far away for a chair to be able to read your country, and they are often filled with “back-row delegates” who stereotypically tend towards not paying attention during a conference. Thus, being in the back row may make you appear as if you don’t care about the conference. For one trip with All American, my flight was delayed so I made it to the first committee session an hour late and was stuck with the chair in the very far back corner of the room of a large specialized committee, and for that entire committee session, the chairs strained to see my placard.

You also don’t want to sit in the first row.

Often, the chair will look over first row delegates because they may think they’ve already called on them since they see those same placards over and over again.

That is why the best location to sit in committee is between the 2nd-4th rows on the middle aisle. Sitting in the 2nd to 4th row means you’ll be close enough to the chair for them to be able to see your placard while not being too close or too far away.

And while this advice is for large General Assemblies and Specialized Agencies, you can apply the same general principles to every committee you’re in. Sit somewhere in the chair’s direct line of sight where they’ll be able to see you and read your placard clearly. I hope that you’ll be able to take this information with you into your next committee, whenever that may be, so that you can have the most successful conference possible!