When Model UN Gets Too Competitive 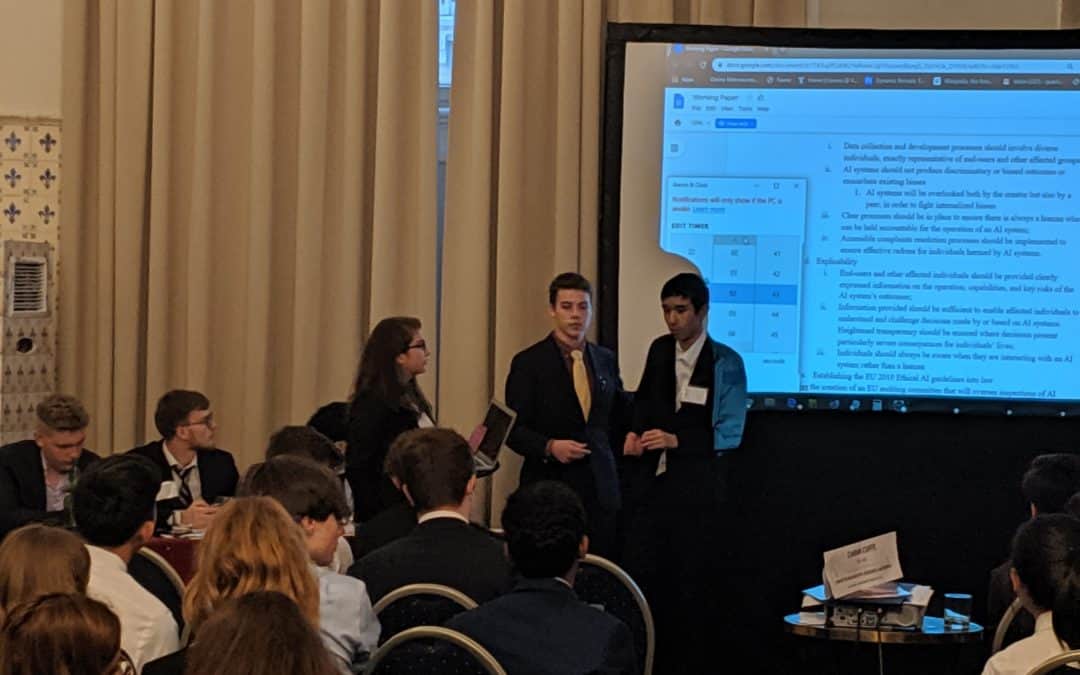 You don’t often hear someone walking into committee saying “I don’t want to gavel.” It’s true, some people are more competitive than others, but often the competitive spirit which is inherent in any academic activity involving awards will lead to more spirited debate and ingenious solutions. In this regard, Model UN awards and the competition which surround them yield more fruitful discussions of global affairs and geopolitics. That being said, some choose an alternative opinion in asserting that the competitive nature to Model UN too often distracts from the real purpose of the activity: finding solutions and simulating the real United Nations. While I disagree with that approach–because the United Nations is not nearly as apolitical and “kumbaya” as some claim it to be–but I understand the motivations behind it. Some delegates do really take competition to an unnecessary level, when striving for awards transcends competitive behavior and becomes toxic.

At my school, we call these people gavel-hunters.

If you’ve ever attended a Model UN conference, you have likely encountered at least one of these delegates before: that delegate who is so overly aggressive to the point where they are the only ones speaking during an unmod, becoming a mic-hog, or prewrite solutions in an attempt to get an upper hand. While these people can be annoying, they are manageable.

This hyper-competitive, aggressive behavior becomes an issue, though, when it comes at the direct expense of the wellbeing of other delegates.

Classically toxic behavior which, to put it simply, goes too far, can come in many forms: deleting others’ clauses without asking the authors first, removing names from the sponsors list without communicating, stealing USBs, stealing notebooks, ripping up pages of resolutions, or even giving USBs to other delegates with viruses loaded on them. These behavior patterns may seem extreme, especially to anyone who has not yet attended a massive collegiate conference, but college-run conferences are precisely where this kind of cutthroat Model UN thrives.

There are a few fairly common indicators of toxic behavior:

They purposefully hurt other delegates to gain power.

If you notice that a delegate continuously speaks rudely or crassly about fellow committee members when they are not present, you may be working with a toxic delegate. Spreading rumors, degrading others, and generally lying about the character of fellow delegates are examples of attacking the personal attributes of other delegates to elevate one’s own sway in committee. You might sometimes even find a delegate who goes down this path by spreading lies to the chair, or attempting to get other delegates wrongfully disqualified from awards. Again, these are extreme examples.

They sabotage by deleting clauses written by other people.

Google Docs is fantastic for Model UN because it offers a platform on which dozens of delegates can simultaneously work on one working paper document. The drawback, however, is that overly-competitive delegates have the ability to sneakily remove clauses in order to make theirs stand out more. If you see clauses beginning to disappear from your Google Doc, you can quickly see who edited them out. This delegate might also be the one who sets others to ‘View Only’ such that others cannot contribute, and the individual can monopolize control over the document. Regardless of the fact that deleted clauses can be easily restored in seconds thanks to Google Docs’ ‘Version History’ functionality, the act of deleting clauses in the first place prioritizes the individual over the greater good of committee and directly targets other delegates who just want to contribute their ideas.

They don’t let anyone else talk.

One rule that we teach at the All-American Model UN Diplomacy Academy is that during unmoderated caucuses, screaming over others is never the answer. Not only will this alienate you from other delegates, but it prevents other delegates from expressing their alternative opinions. It does not matter how chaotic the room is during an unmoderated caucus: be diplomatic and respectful in the face of a clear lack of decorum.

While there are infinite underlying issues that can foster toxicity–pressure from parents, club cultures, personal insecurity–certain behavior patterns are simply inexcusable.

Shaming others–or yourself, for that matter–for caring about awards is not the solution.

Remember that a competitive approach to this activity should never be equated with toxicity.

If you find yourself walking that thin line, then remember that it is not, in fact, thin at all: any educated individual can easily distinguish behavior which strives for excellence in all facets from that which pursues self interest at the direct expense of others. So, take a step back, consider the reasons why you attended your first ever Model UN club meeting or conference–it likely wasn’t to win Best Delegate–and refocus on those goals. A healthy level of competitive attitude will follow naturally when wholesome interests are at mind.