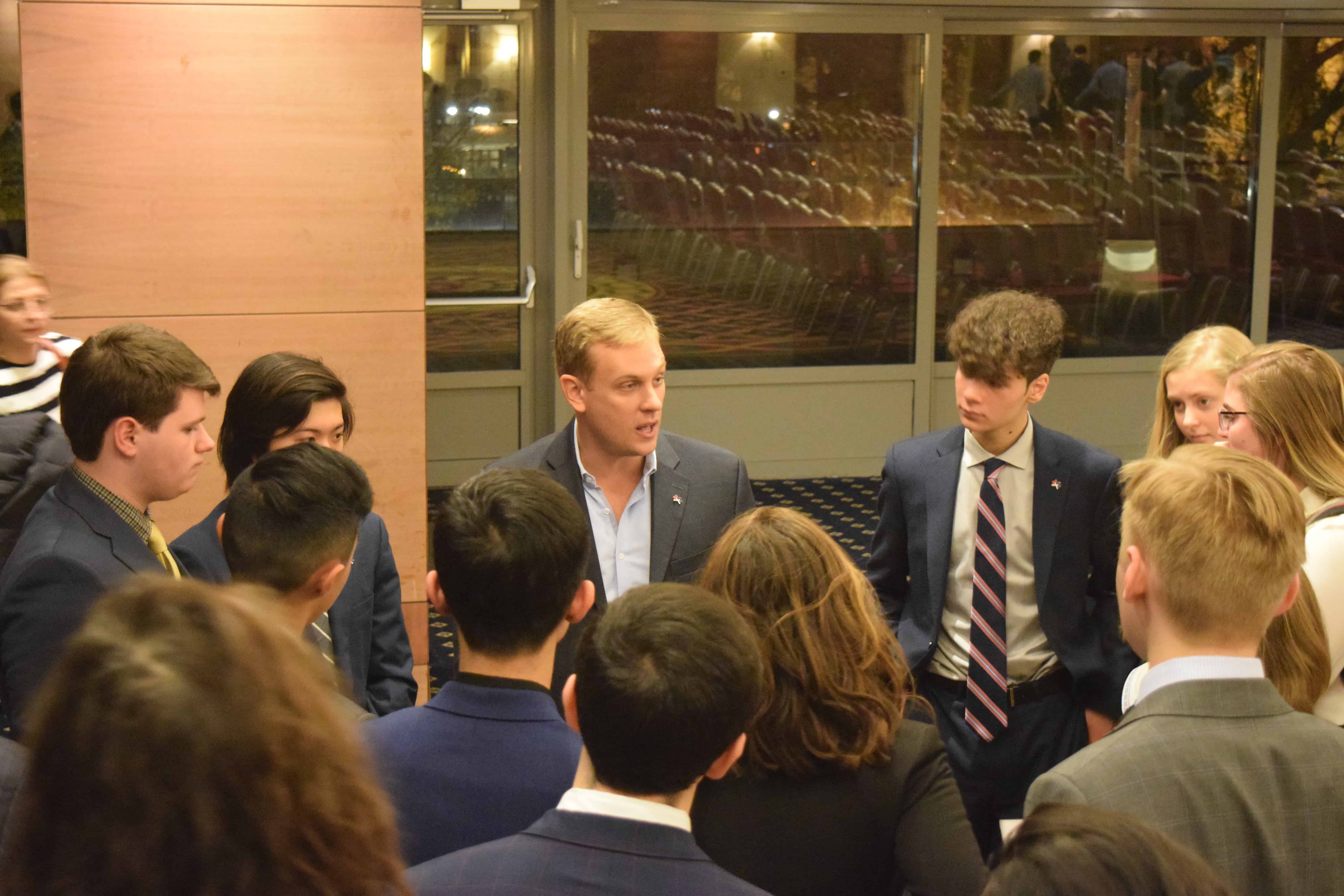 What’s in Store for All-American Model UN in 2020?

What’s in Store for All-American Model UN in 2020?

2019 was a big year for All-American Model UN: we traveled to new countries, championed international tournaments, completely revamped UNMOD The Magazine, and hosted our largest ever Summer Diplomacy Academy in Boston. 2020 will be even bigger. Here’s what we’ve got in store:

HACIA features a diverse range of committee focusing on various Latin American organizations, such as the Organization of American States, MERCOSUR, the Pan-American Health Organization, and the Inter-American Court of Human Rights. With 16 committees, about half take place in Spanish and half in English. All-American delegates may compete in either language.

The All-American Model UN Team first attended the HACIA in 2016 and won Best Delegation in our first years in attendance. Our students win awards over 70% of the time at YMGE.

The Baku International Model United Nations (BAKUIMUN) conference is hosted by the Baku Oxford School, one of the leading secondary schools in Azerbaijan. Hosted since 2007, BAKUIMUN hosts over 300 students from the Caucus region, both international and domestic students. The Baku Oxford School has a long history in Model United Nations and is one of the leading programs in Azerbaijan.

This will be the first ever time that All-American Model UN competes at BAKUIMUN.

ILMUNC is among the highest ranked Model UN conferences in North America, and among the most competitive, too. The goal of the conference is to “create an educational atmosphere that will allow all participants to leave with a more comprehensive understanding of international affairs,” to “inspire future leaders, to promote diplomacy within politics and [to] analyze history to understand the future.” ILMUNC offers bilingual committees as well as a diverse range of committee structures, from general assemblies to specialized agencies to crisis committees.

All-American Model UN is no longer accepting applications to join the ILMUNC team due to a lack of remaining spots.

BosMUN is a three-day conference hosted in February by Boston University’s International Affairs Association. The conference is extremely well regarded for having high quality background guides, delegate training, and staffing. This year will be BosMUN’s biggest year in history with over 1,500 delegates in attendance and a diverse range of committees to encompass different interests and skill sets.

This will be the first ever time that All-American Model UN competes at BosMUN.

The NATO Security Academy combines learning the art and science of Model United Nations with an in-depth examination of collective security vis-a-vis the North Atlantic Treaty Organization. Students will spend the first two days of the Academy brushing up on their Model UN tactics and skills before taking part in NATO-centric simulations. During the NATO simulations, students will explore the relationship between NATO and its members, current NATO missions, and full-scale tactical simulations. The Academy’s setting in Warsaw plays the perfect backdrop to explore the complicated nature of collective security.

The Ad Hoc Academy is a week-long, hands-on Model UN learning experience. Students will be assigned to a team of three and compete in a new simulations each day. Rather than traditional classroom or workshop learning, student teams will be paired with a mentor who will work to develop Model UN skills– research, negotiation, writing, lobbying, and speaking–in real-time during a series of simulations focused on the United Nations, national cabinets, non-governmental organizations, and regional IGOs.

The All-American Diplomacy Academy accepts students who want to become better delegates, students, and global citizens. Beyond teaching you how to win at Model UN conferences, we want our students to become the leaders of tomorrow. The Diplomacy Academy uses Model UN as a vehicle to improve the whole student. We guarantee students will become better at Model UN, but we also want our students to leave with a better appreciation of history, culture, and the interconnected nature of the world.

The All-American Invitational is hosted in Cambridge, MA, hosted entirely by highly trained members of the All-American travel team, and is one of the only Model UN conferences that’s completely free of charge. The conference is holistic in offering a quality committee experience with highly experienced chairs in addition to pre-conference training catered to the different offered committee structures and a modern take on the classic 50+ page background guides.