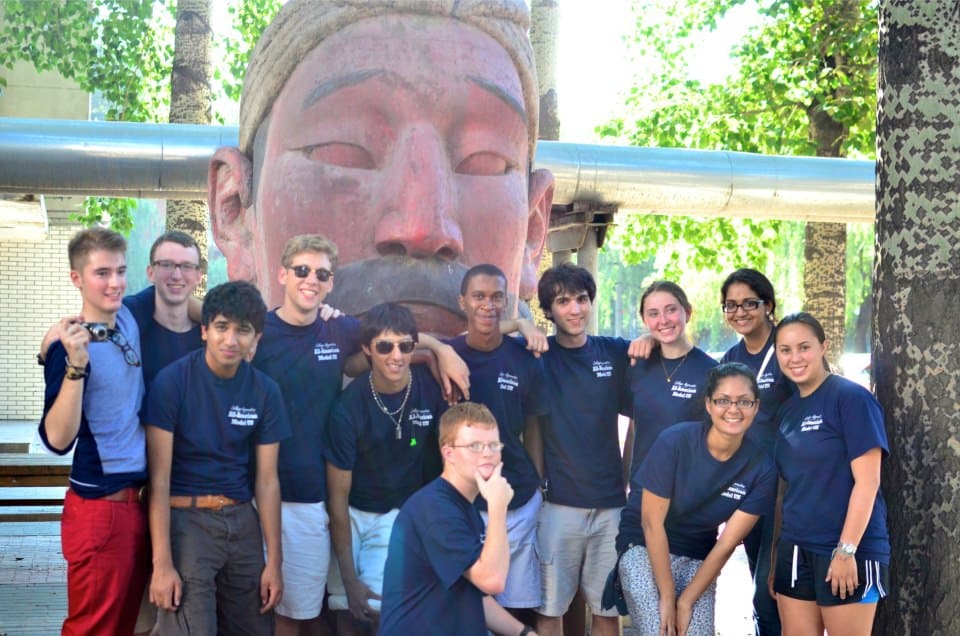 What is Ad Hoc and Why Should I Try It?

What is Ad Hoc and Why Should I Try It?

There comes a point in every delegate’s career where Model UN starts to feel a bit stale.

You’ve read dozens of 50+ page background guides, re-familiarized yourself with parliamentary procedure more times than you can count, debated child soldiers for the fourth time, and written those all-too-familiar clauses on education programs again, and again, and again. For better or for worse, we all have our routines; and at some point—whether it’s your 10th or 100th committee—that routine loses its luster. This is not to say that doing Model UN becomes particularly bothersome or tedious, but things that become habits typically lose their appeal quickly.

Think about it: if you drive, do you get excited when you get in your car? When you were younger, the family car was likely a symbol of getting ready for a vacation or even a simple pleasure like going out for fast food. Now, in the beginning, driving got you excited and giddy. Having what averages at 1 and a half tons of steel in your control, it might have been intimidating, but there was still a thrill. But as time went on, and you drove and drove from school to home and back again, driving becomes an everyday routine. It’s old-hat; pedal to brake, shift to drive, keep hands at 9 and 3, and wait 3 seconds at the stop sign. Something that used to bring you unbridled excitement or an alarmed thrill now brings you little more than a rush of predetermined motions.

Model UN, for many, can become the same way. Raise your placard for the primary speaker’s list, suggest a 9/45 moderated caucus, send a note, reply to a note, vote. So, sometimes we need something to shake it up.

For those unaware, an ad hoc committee (literally: “this is”, referring to the nature of the committee’s specific purpose) is where the topic and character are not revealed until some time close to the conference. Times vary, but in some cases this can mean the week before, the day before, or even during the first committee session. Model United Nations at  Chapel Hill (MUNCH) at the University of North Carolina, Chapel Hill, for example, provided the information for their ad hoc for MUNCH XVIII an hour prior to the first committee session. Delegates were provided their position in the French Revolution and given a mere 60 minutes to research and prepare before diving into debate.

Committees that embody the ad hoc structure are far more centered around personal ability and raw skill in public speaking and roleplay rather than research ability and or an analytical-mindset. Ad hoc committees force delegates to perform at a high level on the fly; relying on a 50 pound research binder or a meticulously planned crisis arc is simply not an option. Due to the intense and difficult nature of this committee structure, ad hoc committees tend to contain the most experienced delegate of any given team.

Why Do an Ad Hoc?

With the description above, some of you may become alarmed at the surprising lack of information provided to delegates. This is true; delegates, in more cases than not, receive no warning whatsoever as to who they will be representing or what they are talking about for the duration of the conference. The exciting part is that the topic could be literally anything: historical, future, or even supernatural.  Sometimes ad hocs focus on a specific topic for the entirety of the conference, other times conferences make a point of using ad hocs to test expert delegates’ abilities.

Everybody should try an ad hoc committee because they teach lessons which are otherwise not available in traditional Model UN committees; your skills will truly be taken to a new level. Impromptu speaking is one thing, but impromptu speaking when you only discovered the topic of debate 20 minutes ago requires a whole new level of confidence and articulation. A quick processing speed is essential to success in any Model UN committee, but there is no better place to learn rapid pacemaking like in ad hoc. There is a certain set of skills that every delegate will learn in Model UN, but these skills will rapidly improve and develop when placed in the intensive context of ad hoc. As such, returning to a traditional Model UN committee after having competed in ad hoc will completely revolutionize your outlook on committee and your performance in awards, too.

As the common saying in the Model UN sphere goes, “ad hoc delegates are truly a different breed.”

To be clear: ad hocs are not for the faint of heart. They are excruciatingly difficult and competitive committees, but there is no better way to make substantive progress as a delegate. It’s a fantastic way to push yourself and reach a new level of performance.

Also to be clear: ad hocs are really, really fun. While a General Assembly, specialized agency, or regular crisis committee can also provide a life-changing amount of enjoyment, ad hocs truly offer something different that no other committee can. Yes, you are thrown into the fray, but Model UN is all about taking those risks and rising above the challenge. Ad hocs may not be easy, but they are a unique brand of fun and excitement that no other type of committee in the Model UN world can provide! Try something new, push yourself, embrace the craziness of it all, and sign up for an ad hoc committee: I promise you won’t regret it.

Up Your MUN Game this Summer
Ready to give ad hoc a try?
The Ad Hoc Academy at Johns Hopkins University will give students plenty of opportunities to practice their speaking skills while taking advantage of professional coaching and guidance. Compete in six simulations in six days for over $6,000 in prizes.
Apply today!