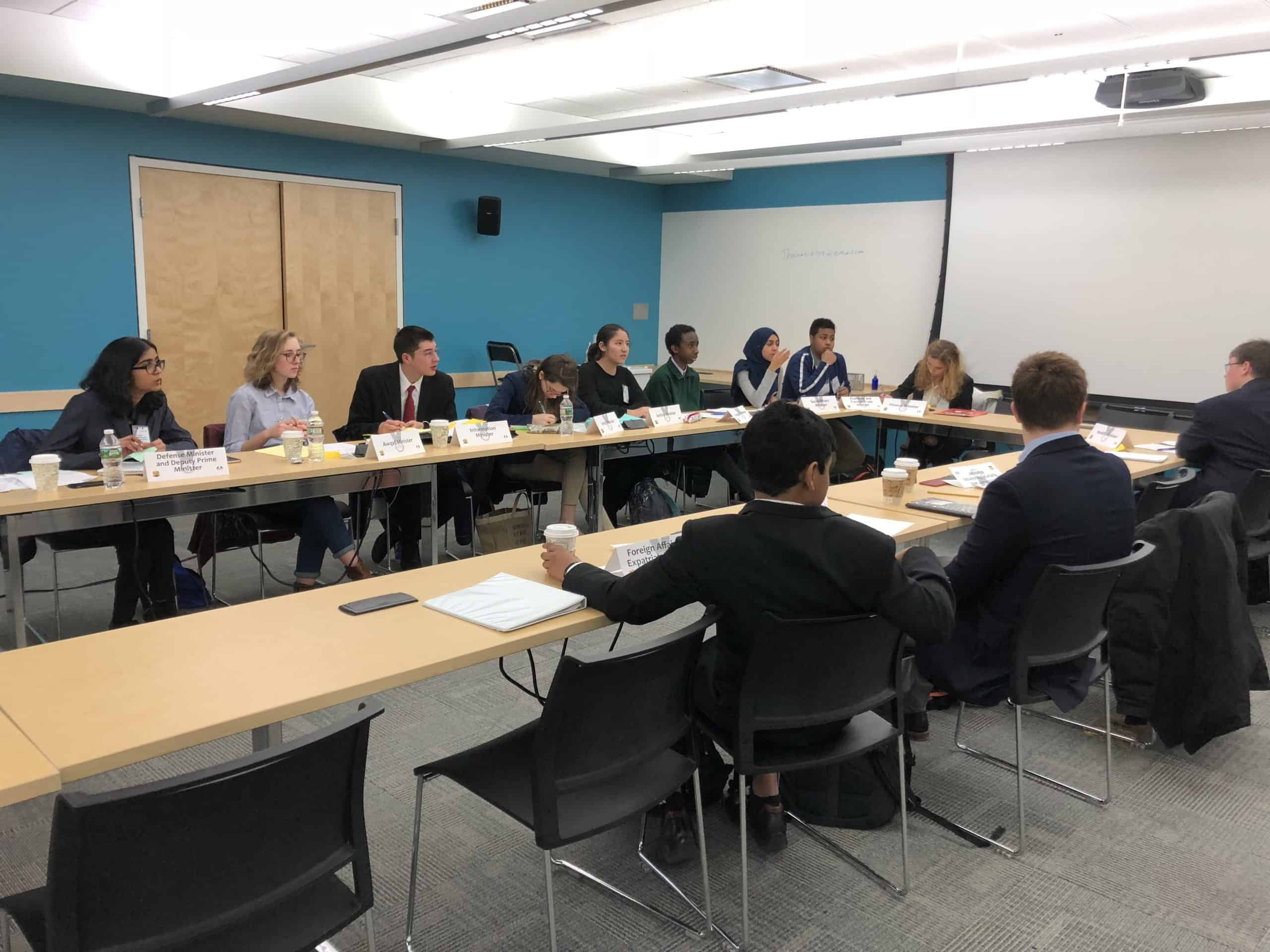 College MUN is a challenging and rewarding experience. To any high schoolers who are unsure about continuing Model UN in college, as a delegate who just finished my freshman year, I would highly recommend it. Just as in high school, university-level Model UN provides students with opportunities to learn about global issues, practice creative problem solving, and to make lasting friendships both at school and on the competition circuit. Though Model UN has brought me my favorite experiences in college, as I reflect on my high school MUN experience, there are certain aspects that I miss.

It’s much more difficult to be the smartest delegate in the room at a college conference as compared to high school. In high school, when everyone in the committee was pretty much learning the same curriculum in their classes, it was easy to out-research the competition and walk away with awards. Basic knowledge in topics like economics and war went a long way to impress the chair and assert a sense of leadership over the committee. College educations, however, are much more individualized and specified. It’s hard to outsmart the competition in those same topics when the competition is majoring in econ or security studies. In high school, it is as though everyone is on a bit more equal footing. In college, because of a wide range of available courses of study, strengths and weaknesses amongst delegates are much more noticeable.

As an upper-classman once enlightened me, “If a crisis is a sprint, then a GA is a marathon of sprinting.”

In college, GA delegates see no breaks in the marathon until the delegate social Saturday night, when awards are already determined and the competition is practically over, anyway. While crisis delegates spend Thursday and Friday night socializing and sleeping, GA delegates get no rest. Instead, they only write and lobby. In a crisis, talking about the committee outside of the scheduled sessions is obnoxious and against the unwritten rules of MUN. In a GA, competition outside of the committee is necessary for an award. Except in rare cases when out-of-committee work is prohibited, college general assemblies are an exhausting, days-long sprint. At high school conferences, the GA positions are often passed on to younger and more inexperienced delegates. At a college conference, I once competed against an intern speechwriter for the attorney general of the United States. General Assemblies in college are much more intense than in high school and are only for those prepared to sprint a marathon.

One aspect that marks a bizarre transition from high school to college MUN is a delegate’s interaction with the chairs. In high school, the chair of the committee is often a college student and a few years older than the delegate, often taking on the role of a mentor to the younger delegates. These staffers are often trying to “sell” their college to the delegates or just pass on advice about university admissions. In college, however, the chair is just another student.

A delegate can walk into a conference and be greeted by a chair that is anyone from a close friend or a sworn enemy from a previous conference. Being students themselves, the chairs and circus staffers can often be found interacting with the delegates at the dances and socials. In high school, there is an air of infallibility about the chair. In college, you come to realize that the staffers are really just fellow students, sharing the same experiences as you.  They are prone to bias and they make mistakes. Because of this, awards on the college circuit become less of an indicator of self-worth, as they seem to so many high school students, and become slightly more trivial. While the point of a conference is still to win, it becomes easier to accept the loss when the person deciding the award is simply an opinion from a peer.

While I love the community that College MUN has provided me, and I wouldn’t change any aspect of the experience, I will always look back on my high school Model United Nations experiences with pride, missing the innocence and simplicity of it all.

Related Article: The Responsibility of Upperclassman in MUN