What I Learned From All-American’s Summer Programs 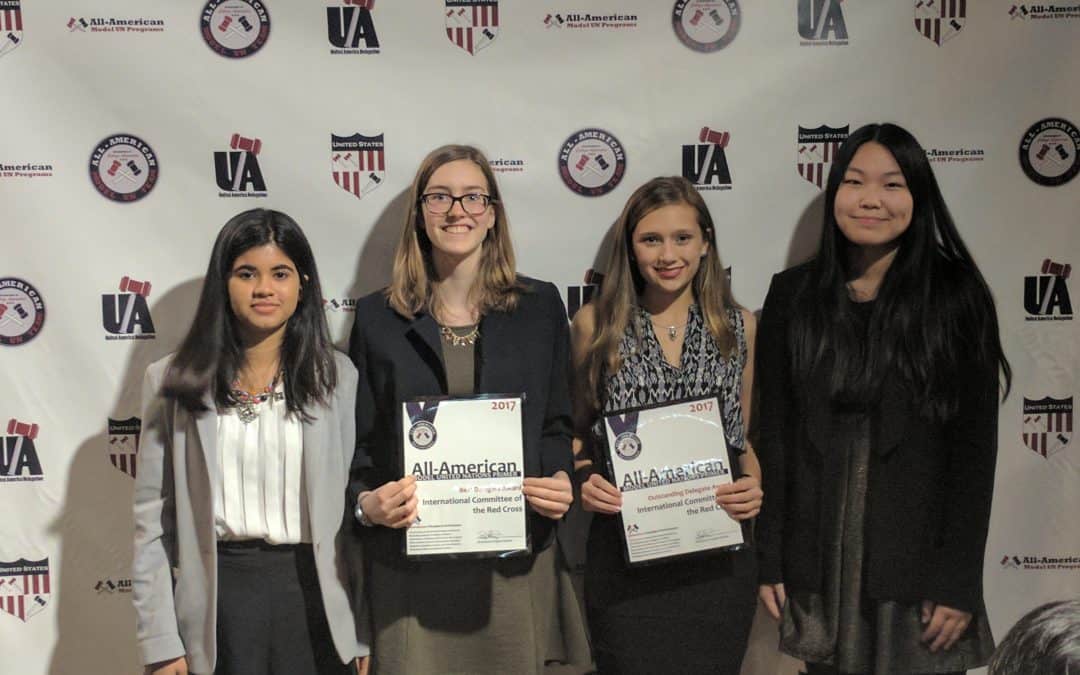 This past summer, I participated in two All-American Summer Programs: The Crisis Academy and the Diplomacy Academy. Both programs followed a similar structure, where a workshop would take place each morning, followed by an afternoon simulation that allowed us to put newly learned skills into practice. Over those two weeks, I was able to learn from not only the instructors, who were All-American alumni themselves, but also my fellow students in the programs.

Many specifics on procedure are often glossed over when first learning how to do MUN, and these lessons are often in favor of the most common motions and points that delegates will see in committee. In both of the programs I attended, All-American director, Frank,  gave us an in-depth and clear MUN guide to help us learn the correct procedure which included aspects of MUN that are not commonly used, such as how to properly divide the question. Even the most experienced delegates at the academies were able to learn new strategies and aspects on Model UN procedure. Daily procedure quizzes were given in the diplomacy academy and delegates were expected to pass at least one to complete the fellowship.

After the academy, I realized how knowing the procedure is crucial for providing a structure to the committee, as well as knowing how to control the direction it goes in. As such, learning procedures such as how to correctly divide the question is one of the most useful things to learn at the All-American academies.

While every delegate knows that public speaking is important in MUN, All-American’s programs took public speaking to the next level.  Students in the programs participated in exercises that prove to be useful practice strategies. In one exercise we competed against our fellow delegates in order to see who could speak the longest with a randomly chosen topic by the instructors.

Your speech had to be entirely impromptu and you were cut off if you mentioned any filler word or paused for too long.

These exercises are helpful for practicing the ability to think on your feet, but they are also valuable to bring back and implement with personal MUN teams. Additionally, instructors provided individual feedback at the end of every daily simulation, which students were able to implement the next day. This led to significant improvement in public speaking, resolution writing, and directive drafting for every delegate by the end of the week.

One of the most valuable things that students in the summer programs learned was how to prepare for a conference. While pre-writing resolutions is not allowed in most circuits, coming in with ideas on what should be included in resolutions is always a good idea. Instructors taught the multiple angles through which committee topics should be analyzed, which doubles as a useful strategy for writing position papers.

All-American programs also taught me that your pre-conference research is not the be-all and end-all, but instead how to use your in-depth research to your advantage.

The way you analyze your committee’s research guide and how you break it down to understand what the chair expects of their committee will be more useful to you than wandering in endless Wikipedia pages.

This article covers only a sliver of what you can learn if you sign up to participate in one of the All-American Summer Programs. Regardless of if you’re a beginner or an advanced delegate, every student can learn something at the academies, especially if you find yourself feeling like you’re missing a piece of the puzzle to win that gavel. When the weekend comes you know that you have left the week better than when you went in, whether you left with friends, knowledge, or a new definition of MUN all together, you will join the vast club of All-American alumni that can help you learn even more.