Unpacking the Differences Between High School and College Model UN 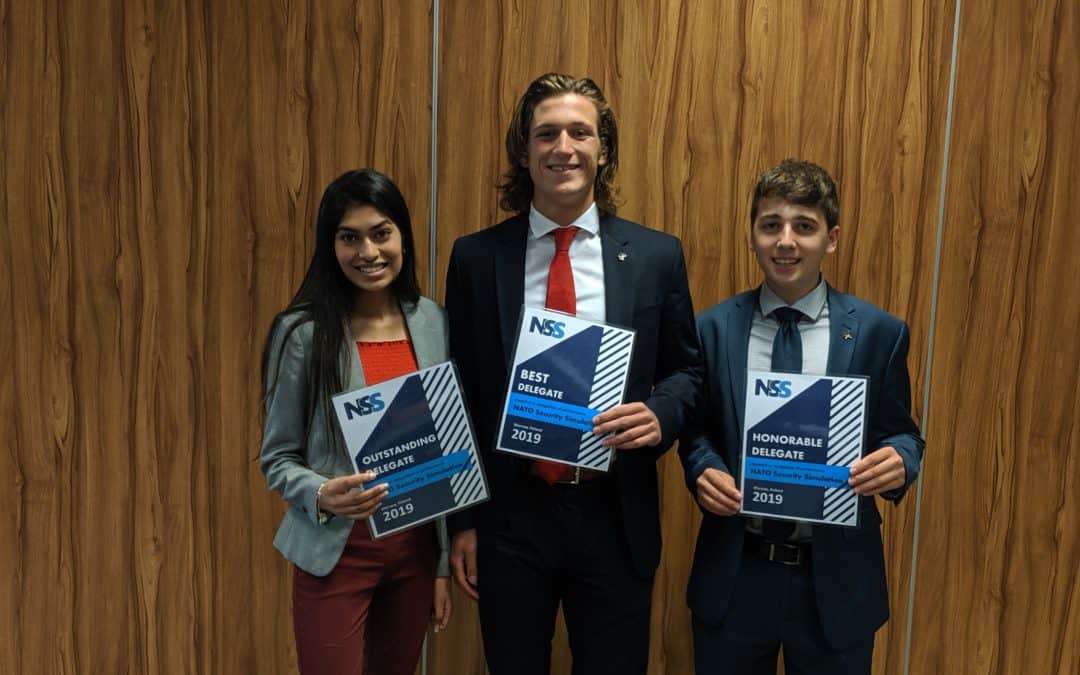 The return to school in the fall for a fresh season of Model UN after a relaxing summer, though often dreaded, admittedly comes with a certain amount of comfort in terms of being already familiar with how high school Model UN works. You know the structure of the club, the details of parliamentary procedure are hazy, but present in the back of your mind; but, overall, you head into winter with a sense of confidence as to what the new year of Model UN will bring.

But what about us alums? Those of us who have just graduated high school this past spring, and now face the challenge of entering a world of MUN completely unbeknownst to us? How can we gain enough understanding of the collegiate MUN system enough to begin crafting a new legacy, or brandishing the old?

Success in novelty requires adaptation, and the key to that is thorough knowledge. And the best way to attain that knowledge in an unfamiliar field is by using previous experiences as references for comparison. So, let’s compare college Model UN with high school Model UN, using the system with which we’re familiar as a helpful reference point. What are the similarities? What are the differences? What skills are translatable, and what old habits should be forgone and replaced with more fitting strategies?

I. Size & Interest of The Community

One important difference is that collegiate MUN entails a much smaller, more passionate, and more closely-knit community of competing individuals. The increased demands of a college schedule draw a group of individuals who are genuinely invested in dedicating their time to the activity rather than the larger group of individuals with mixed interest that high school teams attract due to the need to bolster their college applications. The number of delegates sitting in the back of the committee room on their phones who abstain from every vote and refuse to engage in any conversation during unmoderated caucuses drastically shrinks because, for the most part, the vast majority of students at collegiate conferences genuinely want to be there.

Additionally, many colleges have competitive travel teams for MUN which require applications and try-outs, thus ensuring that the club or association is dedicated to those who are the most interested. Naba Rahman, Georgetown Class of 2019 and former chair at North American International Model UN (NAIMUN), speaks on this notion of a smaller community with more interest:

“I think people become more impassioned in college. When you have a part-time job, a full class load, [and] career-developing steps, you often don’t have time to do things if they don’t directly benefit you unless you care an incredible amount. People who compete in college do so because they live for the competition of they love the topic area.”

Whereas high school MUN teams tend to be fairly even when it comes to content familiarity, collegiate MUN teams are packed with members who compete exclusively in committees involving their very specific areas of expertise and study. This variation of expertise increases competition tenfold. For example, an English major might be up against a Russian Studies major in a crisis committee on the 1917 Russian Revolution: while the English major may have won awards in high school for their debate and lobbying skills, the level of competition inevitably rises when dealing with a student who can literally write crisis notes in Russian and has specialized in the topic for three years of undergraduate studies. Unlike high school, where a background guide and a few hours of research usually suffices in terms of preparation since students often do not yet specialize in their studies, college committees require much more preparation to compensate for a lack of specific expertise.

Adding to the increased preparation that collegiate committees require is the level of nuance in the skills one must master in order to be successful. While university MUN emphasizes the same speaking, research, and management skills as does high school, it demands them at a much more advanced level. Naba elaborates on this difference in emphasis on skills:

“While I think in high school you build “hard skills,” such as public speaking and research, in college it is more of an exercise of networking and people-management because your chairs at one conference are often your competitors at the next. It is a constant exercise of how you can build relationships.”

Have you suffered the neglect of an unsupportive faculty advisor? I have promising news for you! College Model UN teams are run for students and by students. While the same bureaucracy of leadership positions still exists (i.e. Secretary General, Undersecretary General, and Executive Director), students direct the operations of the club as a faculty advisor in high school normally would. Students dictate club admission, fundraising, training, scheduling, and conference attendance. Students, not faculty, are the prime liaison between the club and specific university. Also, if faculty support is needed, academic departments always remain at your disposal as a resource option but not an obligation or hoop to jump through.

All in all, whether college Model UN seems enticingly focused or uncomfortably intense, the key to deciding whether or not you wish to continue competitive Model UN is simply to experience it organically in its new form. So, to all college freshmen reading this, my challenge to you is this: go to the first Model UN meeting. Sign up for the first simulation, attend an information session about your school’s international affairs society. Try it out, and do your best to treat collegiate MUN as an entirely separate entity from whatever your Model UN experience in high school might have been. You may find that collegiate MUN brings the intensity and competitiveness that you always craved in high school; or, you might find (as I’m finding) that it is a bigger adjustment than you imagined. Regardless, fear, excitement–or a combination of the two–indicate healthy growth and challenge. Think back to your eager high school self, harness your four years of determination and success, and let your past propel you forward: the best may be yet to come and, as Model UN has already instilled in you, any challenge can be overcome with persistence and flexibility.