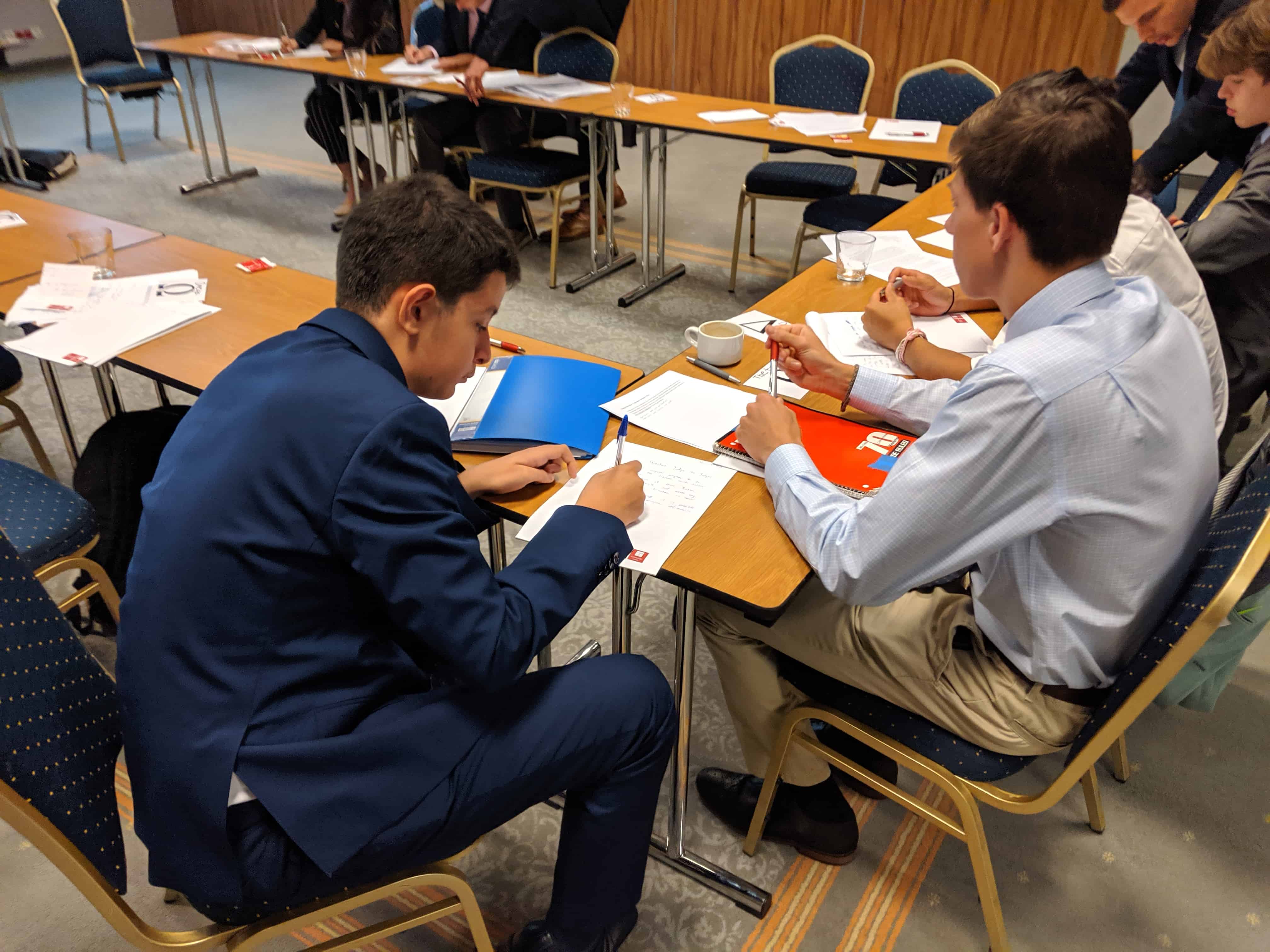 Model UN and debate go together like peanut butter and jelly: classic and messy, but ultimately satisfying. It seems like the go-to pair of credentials for nearly every overachieving high school student. Despite being so well-matched, years of conferences and tournaments have taught me—and countless other students—that the two activities require two very different skill sets.

To start with, Model UN places a far greater emphasis on persuasion. The intensely structured nature of debate means that while your oration may be amazing and your spreading top notch, spewing out facts at a hundred miles per hour may not make for likability. The judge’s decision depends solely on whether you answer your opponents’ arguments from a logical standpoint. However, in Model UN the primary objective is to win people over to your side. This requires more emotional intelligence in order to accurately utilize rhetoric to convince opponents—an appeal to the human side of your audience.

In order to succeed, a Model UN delegate must be dynamic, and master the ability to determine what type of rhetoric and argumentation approach will convince the largest portion of the committee. From lobbying for your resolution during an unmoderated caucus to delivering a compelling speech prior to voting, Model UN forces you to be a diplomat in every sense of the word, using your words to solve problems, not just in theory, but in application.

Therein lies the crucial difference. In debate, there are winners and losers; you either outwit your opponent, or you do not. Model UN is not nearly so simplistic.

You might have one or two teammates on your side in debate, but in Model UN the entire room is full of potential allies or enemies. Both formats require that you solve a problem, but only one allows you to use collaboration as a means to an end.

Therefore, the rhetoric of Model UN is far more complex precisely because of its lack of structure. You can not go into the conference with all of your speeches pre-drafted. You can not know just the thing to say to win over the room. These skills are instinctive and harder to learn, but ultimately more easily applied to real life. Real problem solving does not hinge upon proving yourself “right.” In a boardroom, in the Senate, in a court, it is the power with which you deliver your words that matters—not just the ideas behind them.

There is no doubt that debate and Model UN have a lot in common: both demand speaking, problem-solving, and research skills. That being said, the styles of leadership that they are conducive to couldn’t possibly differ more. In one, students defend their ideas within the isolated environment of a classroom; in the other, students befriend, engage, and question their peers as they develop a bevy of tools they can rely on in the future.