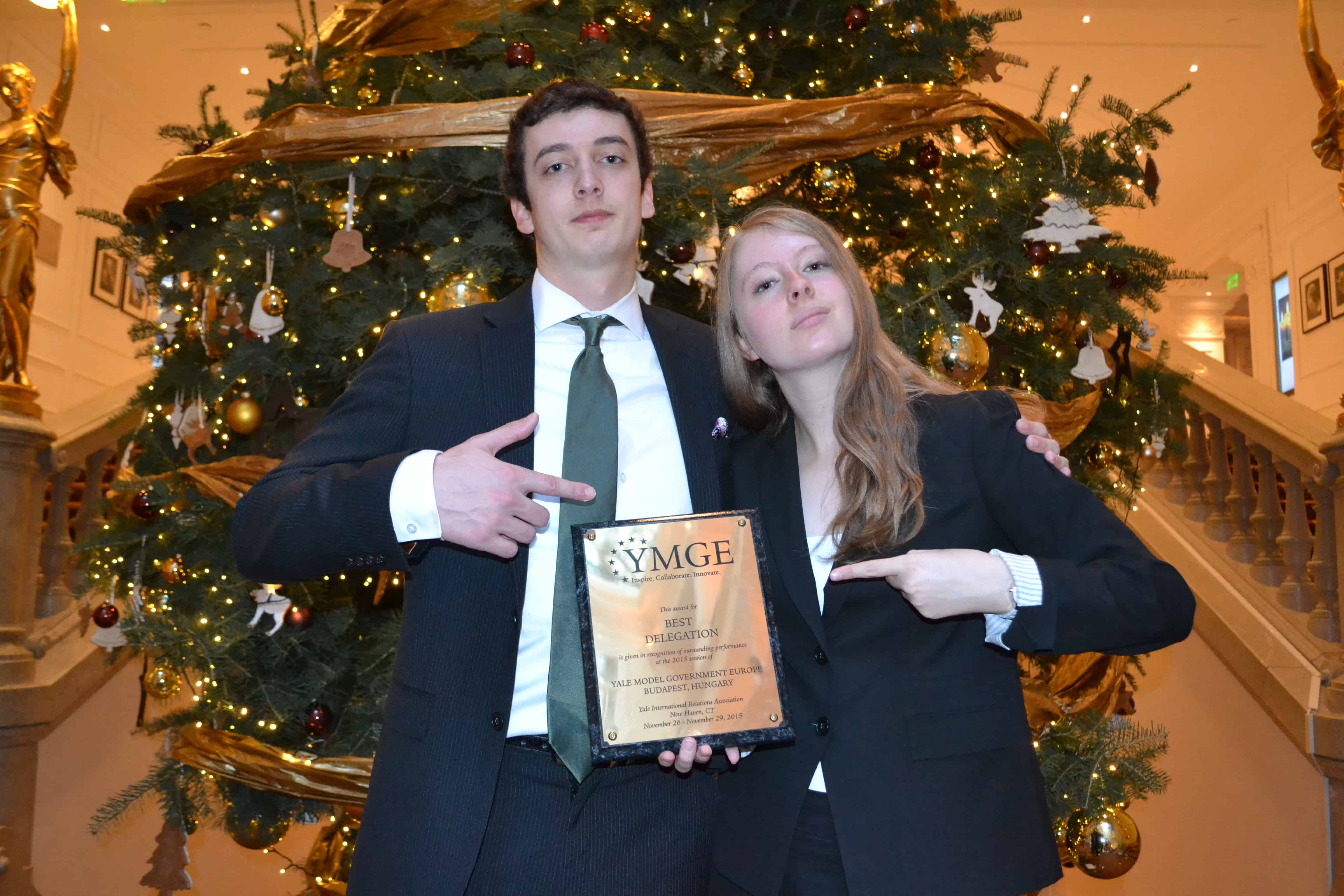 Regardless of whether you like having a partner, or prefer to fly solo, it is inevitable that at one point in your MUN career you will end up as one part of a double delegation. Being a double del requires more balance and planning than when you are simply by yourself. Double Dels between two good delegates can go terribly awry without proper communication and teamwork. The following is our Top Ten things that your double del partner likely wants you to stop doing, even if they won’t tell you themselves. Have you ever done these things to your partner? Is there something that frustrates you even more than the things on this list?

For both members of a double del to get recognized by the chair as contributing members of the committee, they both have to talk. It is very easy for one partner to get caught up in an exhilarating debate, and forget that their counterpart might also have something to say. Remember that it isn’t your responsibility to run the whole show that balancing out the number of speeches and your partner give, you will be in the running for a much higher award.

Conversely, it is equally as frustrating when one partner refuses to speak in moderated caucuses. Whether it be because the delete is scared, or simply doesn’t care, it will hurt the delegations chances of getting an award if one partner isn’t speaking. Additionally, it puts all the burden on one partner to come up with everything the delegation should be saying. If you’re the partner who isn’t carrying your weight of the speaking time, make sure you grab the placard and contribute to your team’s success.

Perhaps the most frustrating part of having a partner is when they get up to give a speech and say something entirely incorrect or off policy. It is embarrassing to the double del as a whole, not just the person who made the mistake. As a double del partner, remember that is normal to have a couple of speech faux pas but try not to completely derail your nation’s policy by slipping up too often.

For a double del to win a high award, both partners must be giving it one-hundred and ten percent during every committee session. It is incredibly frustrating when one partner begins to give up on committee and doesn’t share their end of the work. Both double del partners should have researched bot topics and should be entirely active during debate.

While passion and aggression can be powerful tools in Model UN, they are often overused to the point where they make a person look more like a power-hungry bully than a strong, competitive delegate. As a double del, it can be frustrating when you are pursuing a collaborative strategy, and your partner becomes to combative with another committee member. If your partner clearly wants to pursue a certain strategy, you should support them, or at least inform them before you change course.

On the other end of the spectrum, it can be equally as troublesome if one member of a double delegation doesn’t push hard enough in unmoderated caucuses. It is hard enough coordinating a bloc in a room of 100+ delegates, especially when your partner can’t be trusted. Don’t just sit there, push your way in!

One of the most significant rules in Model UN strategy is never name drop another delegation and give them credit for work that your delegation has done. When it comes to awards, you want the chair to think of only you when evaluating who is going to win from your bloc. If the committee is under the impression that your double del is single-handedly running a bloc, don’t ruin that perception

Perhaps the easiest way to ruin your chances of getting a high award or any award at all, is by annoying the chair with an excess of parliamentary procedure questions or raising too many points. It is okay if a chair slips up once or twice and it is much better to let a procedural mishap go then frustrate the person who is deciding awards.

Remember that as a double delegation, there are two people, and both of those people should be involved in making every major decision. It is extremely frustrating when one partner decides to change blocks or vote a certain way without consulting the other. It not only makes it difficult for your delegation to get something done, but it also makes you look uncoordinated and dysfunctional to the rest of committee.

Model United Nations takes so much work, dedication, and effort and it is stressful for almost everyone. However, the worst thing for a partnership is when one or both members become overburdened with anxiety When one partner is freaking out, it directly affects the other, who may have been calm before. It is best if both partners try to keep a cool head and focus all of their energy on winning rather than panicking.