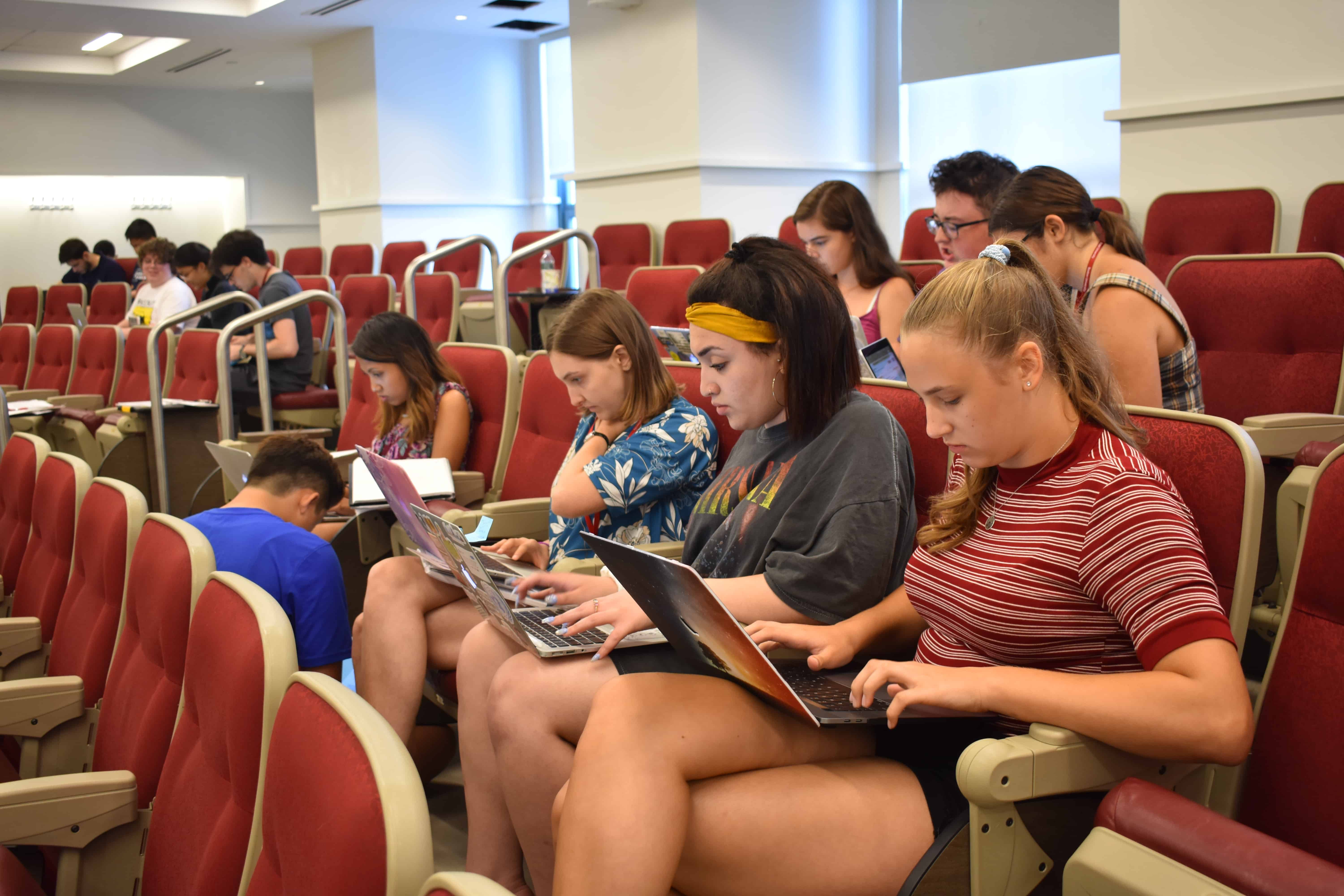 Tips on Swaying the Tide of Debate in Your Favor

Tips on Swaying the Tide of Debate in Your Favor

One of the many things that makes Model UN a uniquely applicable academic activity is the necessity to work with those around you rather than address a judge or chair exclusively. In Model UN, it’s simply not good enough to have the best speeches, the best solutions, or the best written paper: what matters most is the capacity to explain those ideas to others around you who might not–and probably won’t–all agree with you. Here are some tips as to how you can go about swaying others to your side through speeches, note-sending, and bloc discussions during unmoderated caucuses:

The most important thing to remember when speaking in committee is that you are trying to persuade the delegates, not the chair. Keeping in mind who you are addressing is a critical concept which is conveyable in small details; for example, remember that when you stand up from your seat to deliver a speech, you should never give delegates in the room your back. If you’re located somewhere in the middle of the room, be sure to pivot around during your speech to address the summation of the committee. If you are speaking from the front of the room, do not turn around to look at the chairs while speaking. Chairs are worried about who is going to speak next and trying to keep order in the room; they will not make eye contact with you, and they won’t appreciate your efforts to do so when you should be speaking to your fellow delegates.

Next, keep in mind that even though delegates are intended to accurately represent the interests of their assigned country, you have to convince their ego as well. If an idea is unrealistic or just outright bad, instead of attacking it overtly, try and amend it to something that is more agreeable or specific. This way, you will not only stand out to the chairs for being collaborative, but you’ll also win over the votes of delegates who wrote or supported those original clauses.

In Model UN, much like in life in general, it is not always about being right.

Sometimes, you have to play soft diplomacy in order to avoid being abrasive, because regardless of how dismissible your opponent may be, a vote is a vote at the end of the day.

If you engage in direct confrontation early in the debate, you will likely be regarded as manipulative and uncooperative. While it may seem obvious, be sure that when delivering  oppositionary viewpoints, you do so with targeted, precise language: do not, under any circumstances, resort to personal attacks or swinging blows at an alternate paper, particularly if you are without the evidence and research to back it up.

Lastly, remember that in moderated caucuses, people will generally follow the crowd. If you get a string of speeches in support of your latest idea, most of the group will likely follow suite. Beware, it only takes one speech against to change the tide of debate. If you are the one directly being attacked, remember your speaking time is already limited, so don’t waste too much of it addressing your opponents. Address concerns quickly and succinctly, after which you should change the topic of the conversation to one that will rebuild your following and support in committee.

Notes are a great asset to complement to your speeches and to start assembling a bloc, but they should not be the core of the debate. If you try to have a full debate in your notes, you will not be able to pay attention to delegates speaking, and you will probably get nowhere.

You should address notes to everyone you can. Ask questions to show you are interested in what they said. Compliment someone on a great speech that you agreed with. Friendly notes can be a fantastic way to get people on your side during debate and avert any accusations of being over-competitive. Later on in debate, this will serve you well when it comes to recruiting more members to your bloc and convincing others of your positions.

Keep in mind: people might forget the things you said in the first session, but everything that you put on paper will be usable down to the very end. Don’t write compromising information in crisis committees. Don’t talk about who you are planning to drop out of the sponsors list. These are sensitive matters that have to be addressed one on one in person. Do not document anything that could easily be used against you: in these instances, you are simply putting yourself at risk for a compromised reputation, which would jeopardize your ability to convince other committee members.

This is probably the hardest part of debate. Everyone has high expectations, wants to dictate the content of the resolution, and wants to be the leader of the bloc. In order to be persuasive, you need to make people feel like you are listening to them. Whenever you say something, finish off by asking someone in particular: what do you think about this? How would you do that? What do you suggest to solve this? This will make you appear invested and will give you more control of who gets to speak.

Also consider assigning roles. This can maximize efficiency and put you in charge. I like to start by asking: who has good hand-writing? And then work your way though people who will negotiate for the bloc, people who will find out what other blocs are doing, and people who will specifically recruit the stranglers hanging around the back of the committee room without a bloc affiliation. In the end everyone should have something to do, and they will be too busy to question your authority.

In summation, people skills and an avoidance of foul play behavior is the best way to convince other delegates in committee. Regardless of the substantive content of a speech, people are most likely to agree or disagree based off of their perception of you as a person; and whether or not that seems fair, it’s the reality of debate and thus something that should be adapted to. Listening to others, making connections, and delegating as a means of asserting dominance over a bloc are the most sustainable ways to convince others around you to respect your authority and join your cause. So, at the next conference you attend, try out a few of these tips: just watch what happens.