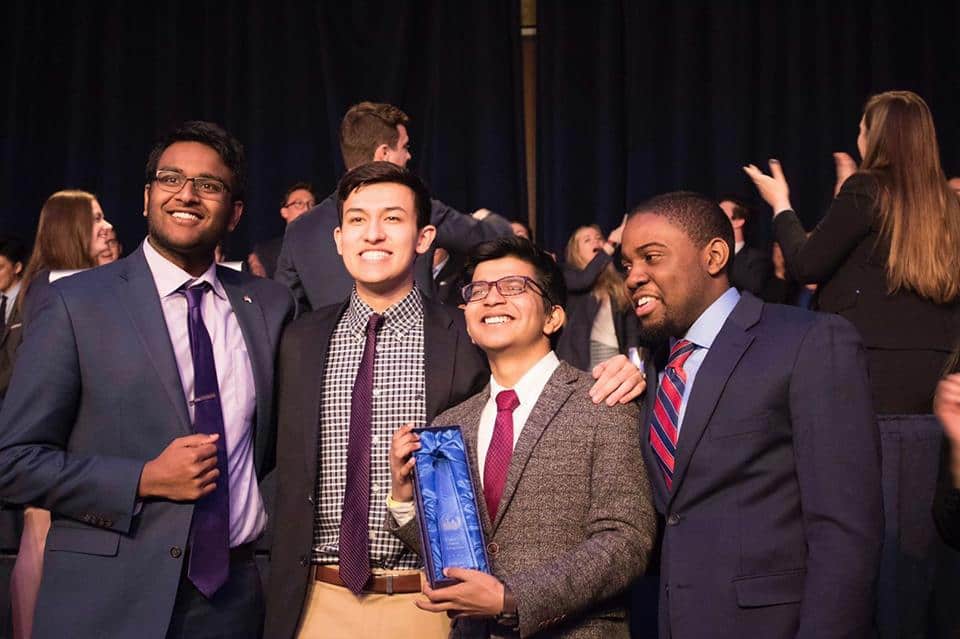 This past weekend, the Georgetown International Relations Association– or GIRA (long i sound), as the CEO of GIRA repeatedly pointed out– hosted the North American Invitational Model United Nations (NAIMUN) conference. NAIMUN is one of the largest, most competitive conferences in the United States and constantly ranks as one of the top conference experiences.

After taking a look at the NAIMUN LIV awards, I was able to come away with a few takeaways.

Many Schools Winning Many Awards

Unlike other major conferences were it seems a few, elite schools win an overwhelming majority of the awards (see Three Takeaways from HMUN Awards), NAIMUN distinguishes itself not only through their substantive program and philanthropy efforts, but also by dolling out awards to a wide distribution of schools.

Anytime a large number of schools walk away with awards, the better the conference experience is, for a number of reasons. First, committees are generally more active with more students participating. Second, closing ceremony is more meaningful and suspenseful. And third, more schools can return home with a showing for their effort.

Sixty-nine schools received at least one award, over 17% more schools than Harvard Model UN, (a similarly sized conference). Fifteen schools won five or more awards. Let’s take a look at how things shook out for the top fifteen schools at NAIMUN LIV:

Having attended well over 100 Model UN conferences in my lifetime, closing ceremonies can, at times, lose their luster. Delegation awards at many conferences, particularly larger conferences where a few schools dominate the awards list, can be confidently predicted before the SecGen announces them. This definitely was not the case at NAIMUN LIV.

As many as six schools were in contention for the Best Large and Outstanding Large delegation awards, and as many as six for Best Small and Outstanding Small. Ultimately, McLean High School accepted the Best Large Delegation, squeaking past West Windsor-Plainsboro High School South, who took Outstanding Large. West Windsor-Plainsboro High School North and American Heritage Plantation missed their names being called by the narrowest of margins. Our All-American team won Best Small, edging out Elmont Memorial who won Outstanding Small Delegation. Georgetown Day School finished right behind.

NAIMUN LIV awarded 38 gavels to students from 21 schools, with no single school winning more than five Best Delegate awards (McLean High School). Compared to HMUN 2017, where 3 schools won 50% of all Best Delegate awards, NAIMUN’s playing field was much less tilted. I give the NAIMUN staff much credit for their chairing methodology.

As a last note, one of the things I look at when reviewing awards are schools that seem to just miss out on top rankings. Based on the number and types of awards a school wins, you can find schools who seem to be on the verge of being competitive in the coming years. That being said, look out for Wootton High School, School Without Walls, Radnor High School, and New Canaan High School to have big years very soon.

Did You Win an Award at NAIMUN? Want to Improve Your MUN Game?

The recruitment season for the All-American Programs is underway for our summer programs. We have three great opportunities for you to join a community of MUN enthusiasts and dedicated mentors. The Boston Diplomacy Academy can help you to not only improve your Model UN game, but also improve your research, writing, and overall communication skills.

For those students looking to travel this summer, join our Beijing WEMUN Expo Team or our Harvard Model UN India team and spend over two weeks traveling around the world, meeting your peers in China and India, and having an experience you’ll never forget!

Apply Today and MUN with Us this Summer!