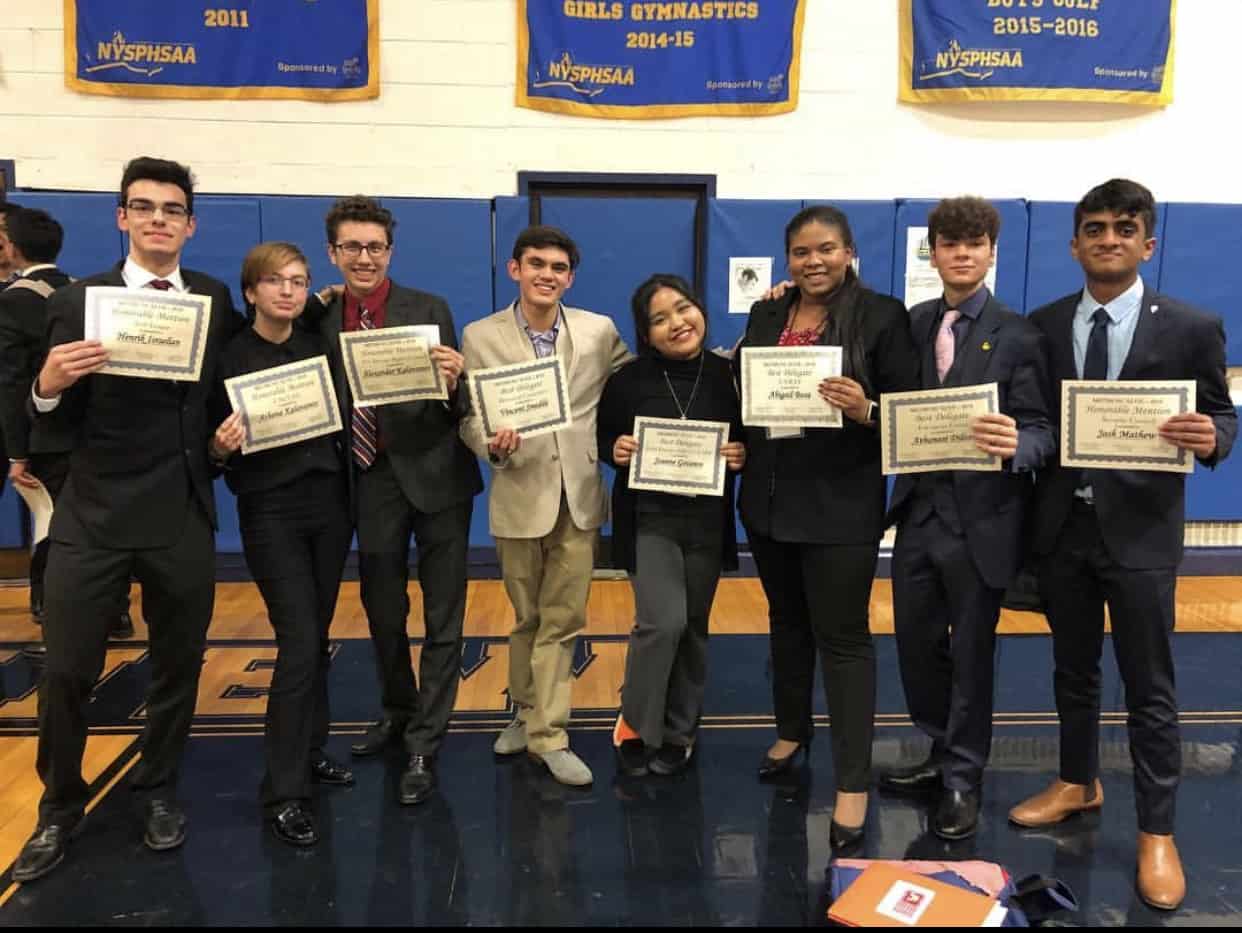 These 3 Conferences are Shaking Up Long Island Model UN

These 3 Conferences are Shaking Up Long Island Model UN

While Long Island Model UN conferences certainly lack the acclaim of their Manhattan counterparts, Model UN has formed a unique, yet distinctive culture in this suburb. Conferences here are not the extended weekend-long extravaganzas hosted at luxurious hotels, but rather intimate gatherings of local, passionate delegates, myself being one of them. The hyper-cutthroat environment of two-hundred delegate General Assembly committees does not exist on this island, but is rather replaced by a sense of community shared by young people trying to understand the world.

To understand this culture, let’s hear from the people who define it:

Started three years ago by Kellenberg Memorial High School, KMUNC redefined what novice delegate training looks like on Long Island. After attending collegiate and local conferences, the Kellenberg delegation found that their newer members were utterly lost in committees with experienced delegates, leaving them no direction or opportunity to share their ideas. Well, KMUNC found a solution: “Beginners Committee.” Similar to a novice committee you may find at the collegiate level, the “Beginners Committee” is designed specifically for new delegates to teach them procedure, researching tips, and policies. The difference, however, is that at a big collegiate “novice committee,” the committee is simply composed of newer delegates, fostering a lower level of competition or cutthroat behavior. KMUNC’s “Beginners Committee,” on the other hand, exists to be the first ever Model UN experience for delegates, with the intention of exploring parliamentary procedure, public speaking, and resolution writing skills along the way. The flow of debate is intermittent with explanations and symposiums provided by the dias to explain everything as the committee moves forward.

Entirely run by their delegates, KMUNC has established an intimate conference as one of their moderators, Thomas Kennedy, describes:

“we are not a big conference by any means, but we are different in that we are a conference that intentionally focuses on training and fun competition in an organized atmosphere.”

Forty-eight years running, MetMUNC is the oldest conference on Long Island, and older than many collegiate-run conferences, too. The conference was founded in honor of an alum from the high school, Plainview-Old Bethpage John F. Kennedy High School, who was a victim of the 1970 Kent State shooting. MetMUNC was born to increase activism and political awareness in a time of turmoil and mourning in the U.S., and the MetMUNC secretariat continues to embody these principles in shaping their conference today.

In an interview, Secretary General Evan Hitsky, whose mother was an original director of the conference, described that since the conference’s founding date, MetMUNC has established an extremely successful conference, being among the largest on Long Island with around 20 delegations attending each year. This year, MetMUNC offers 14 different committee options to delegates with a diverse range of topics, from from the Cabinet of Feudal Japan restoring order to the Sengoku, to the United Nations Environmental Programme discussing the displacement of species due to urbanization. MetMUNC is revolutionizing Long Island Model UN by offering historical committees reaching into the realm of crisis Model UN, something which has largely remained untouched by the vast majority of Long Island conferences.

MetMUNC allows Long Islanders to experience the variety of debate topics typically contained to college-run conferences as a result of the dedication of their 60 student staff.

“I could go on for hours about the massive workload that we have running our conference every year,” Hitsky explains, “but because of our amazing staff, we’ve been able to improve every year.”

Celebrating it’s fifteen-year anniversary in 2019, HMUNC hosted by Herricks High School is designed to increase the exposure of young people to Model UN and to heighten political activism in Long Island. Unlike many conferences, which pull all delegates in attendance from other nearby schools, the HMUNC secretariat made the decision to open up their committees to students within their own high school. This strategic move led last year to be the largest HMUNC yet, with over 250 delegates in attendance.

The HMUNC XIV Under-Secretary General, Aarya Agarwal, reflects on how school engagement in Model UN has supported the growth of the conference:

“our club is quite large [50 people and 12 board members] and dedicated, too, which allows us to run an annual conference…It [HMUNC] has continued to run over all these years thanks to the dedication of all our members, our board, and our advisors.”

The HMUNC secretariat predicts that the conference will continue to grow and expand to more nearby schools, hoping that 2020 will be the biggest year yet.