The Ultimate Guide to Model UN Feedback: Where to Get it and How to Translate it 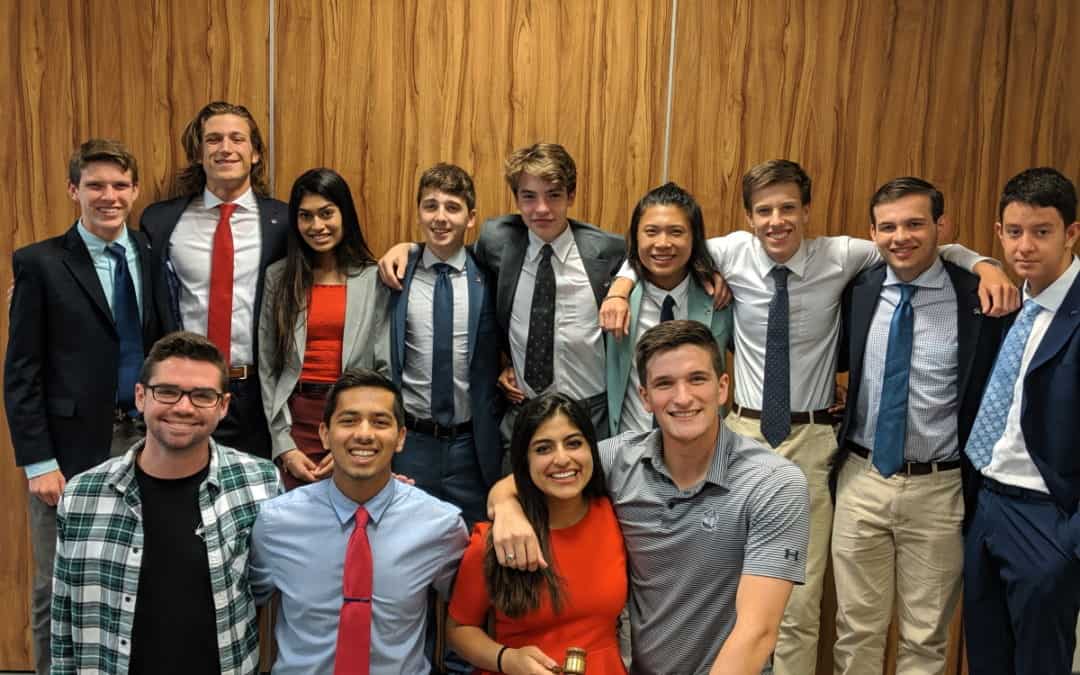 Everyone has ways that they can improve at Model UN, regardless of experience level, age, or natural ability. Sometimes, a pitfall or weakness is something quite obvious and able to be identified on one’s own accord, such as the procrastination of research or dependence on pre-written speeches. More often than not, though, and especially as one gets progressively better at Model UN, it becomes more difficult to identify one’s own weaknesses. In order to continue to improve, we are thus forced to seek advice from others.

Everyone wants to improve; what can can be scary, though, is the act of asking for advice, because it opens oneself up to criticism and makes oneself vulnerable, which causes many delegates shy away from requesting feedback.

Those who do not ask for feedback miss out on a critical aspect of Model UN improvement, because our perception of committee and our role in it is often skewed.

An outsider opinion–be that a coach, a chair, or even another delegate–is consistently more accurate and best-fit to foster advancement in one’s Model UN career. Here is how the act of asking for feedback can be broken down into manageable steps, and how the response to that crucial question can be deciphered into tangible goals going forward:

The first thing that one must figure out is whom one wants to ask. Different people have different levels of experience, perspectives, and relationships to you. As a result, it is important to take into account all the different possibilities for evaluation from different perspectives and levels of understanding of one’s performance at one particular conference or simulation.

Club advisors are often good people because they have likely observed Model UN over several years, from which experience they have been able to develop a good sense of the overall range of Model UN techniques and skill levels. On top of that, club advisors are more intimately acquainted with a delegate’s preparation process because they witness more than what occurs just in committee: they have a more holistic image of each delegate as it pertains to what goes on behind the scenes. Additionally, club advisors are already in a position as a mentor and will be more likely than fellow club members to be brutally honest when needed, but they almost never watch a committee from start to end, so they lack a complete observation of your performance in every committee session.

The most obvious choice is probably one’s partner in a double delegation. This individual has a thorough, deep understanding of one’s performance due to the sheer fact of proximity: double delegation committees requires that partners work in parallel for the entirety of the conference in order to maintain consistency. However, given that this individual is of one’s same age and could even be a peer or friend, honest advice is not always guaranteed: sugarcoating is common in these instances. Additionally, this individual may have a skewed perception of the committee as a result of their assessment of their own performance, as well as the fact they likely pursued the same agenda in committee as their partner.

Finally, the best and most reliable source of feedback is one’s chair and/or crisis director. These people are able to see everything that happens in committee, much like other committee members, except that they are somewhat removed from the action, thus birthing a more objective perspective and evaluation. The chairs are also in an evaluative and highly critical frame of mind for the entirety of a conference because of the looming requirement to decide awards at the conclusion of the weekend. Therefore, they likely already have a list of comments in mind on the performance of every notable delegate from the committee, and their feedback will be better thought-out and more individualized.

Next, the part that most people find scariest: approaching the evaluator and asking for feedback upfront. The most efficient and assertive means of asking is verbally, and at the end of the second-to-last committee session. Most typically, it is after this committee session that awards at decided, so this is the point when a delegate’s performance is most critically evaluated, and also the peak of most delegates’ work in committee (after that, most committees descend into chaos–or even worse, “Fun MUN,”–and the chair loses interest along with the majority of the committee). As more time passes by, the fuzzier each evaluator’s memory of the committee will be: so act fast. When receiving advice, be sure to take notes and ask questions about anything that might require clarification. It may even prove helpful to ask for specific examples of each critique in committee such that precise moments of incorrect decision-making can be pinpointed and avoided at future conferences. Finally, be sure to thank the evaluator for their honest help.

Sometimes, feedback is specific, individualized, and clearly verbalized such that a clear path forward is outlined; usually, feedback is vague, brief, and ripe with coded language. Hyper-analysis of feedback can be a dangerous thing, but sometimes, a little digging is necessary to uncover the true meaning of an otherwise ambiguous comment. Here is an explication of a few of the most common comments made during feedback sessions:

“Work on including others more during unmoderated caucuses.”

TRANSLATION: Next time, maybe don’t stand on a chair and scream during the first unmod of committee. Talk to new people, even those kids sitting quietly on their phones in the back of the room: engage other delegates, work on leadership.

“You had great speeches, I just didn’t hear as many as I wanted to.”

TRANSLATION: Raise that placard! This is a great comment to hear, because it demonstrates that one’s engagement is of a high quality and the chair noticed that; what needs to change is the level of participation. Give more speeches, make more motions, speak up during unmoderated caucuses, and advocate to present more resolutions/directives.

“I would have liked to see you hone in on some more specific solutions.”

TRANSLATION: Clearly you participated avidly in committee and delivered several speeches, but those speeches were likely pretty ineffective, and that’s because general commentary on the topic as a whole or already-proposed solutions is far less important than the proposition of new ideas. Next time, be more proactive: don’t spend as much time speaking generally about the importance of resolving the topic at hand or evaluating the ideas of others, and refocus on bringing fresh solution ideas to the committee instead.

Ultimately, there is an infinite spectrum of what feedback can look and sound like. The best way to translate it is to spend time processing the words of the evaluator, and perhaps talking it through with another student or coach.

So, the feedback has been obtained: now, use it! After returning from a conference, it is always a good idea to write down a quick summary of how it went, including what went well and what should be improved upon going forward. This can look like a few bullet points on the back of one’s notebook: it is a simple habit, but one with great power to foster improvement and constant advancement. While it may seem arbitrary in the moment, revisiting these notes will help determine what to focus on in preparing for the next conference, and it is fun to look back at a later date and see the improvement.

The acquisition of feedback should not be a passive action; rather, it provides a list of opinions and critiques that must be reshaped into specific goals for the future, and that takes work. Lean in, and take the time to seek, translate, and embody feedback: one’s Model UN performance can only benefit from it.