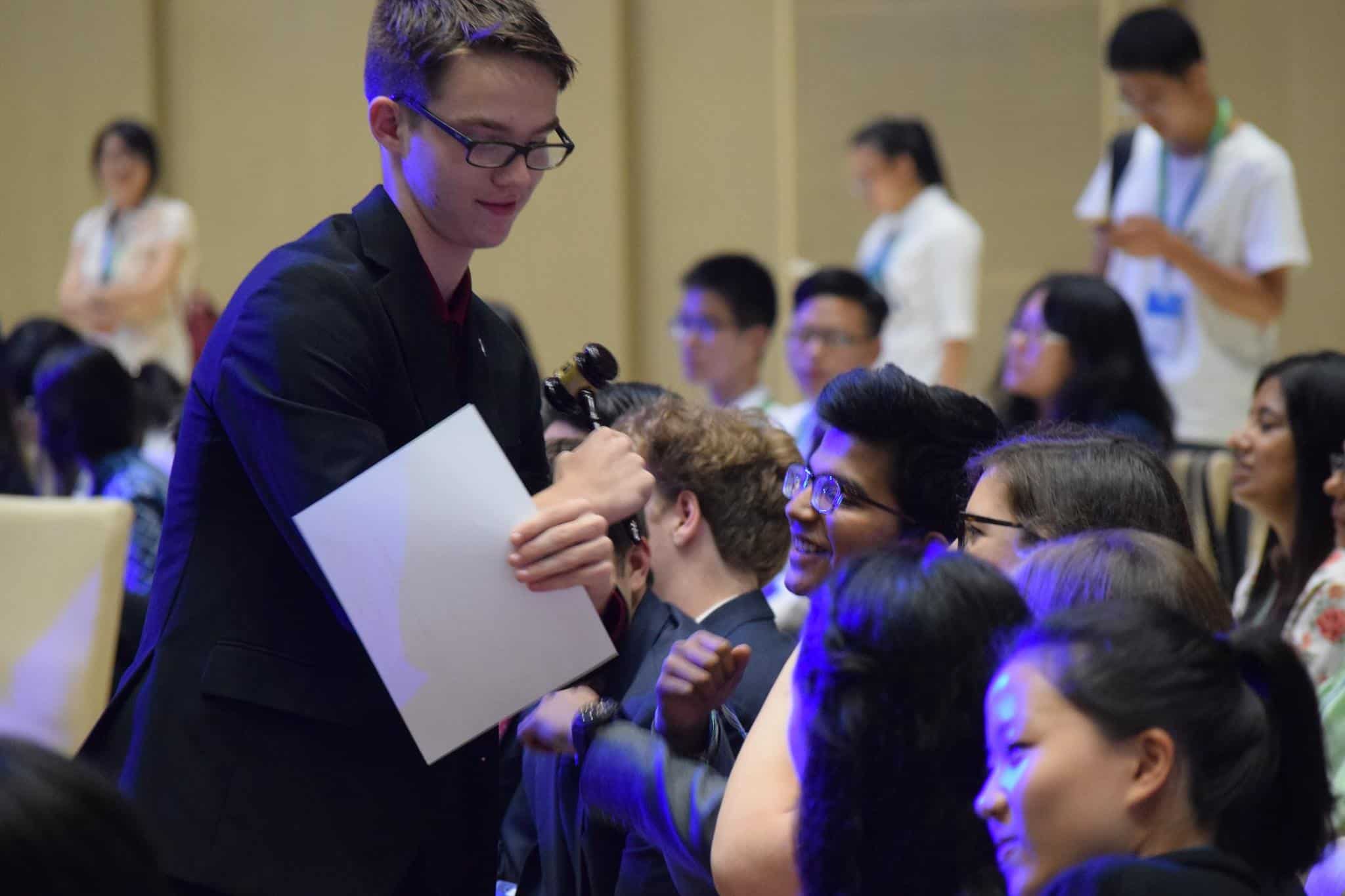 The Art of the Perfect Opening Speech

The Art of the Perfect Opening Speech

That’s it. The moment you waited for. It could be your first conference or your tenth, but the first time you ever address your committee will always be a highly nerve wracking, and equally critical, moment for even the most experienced delegates.

Public speaking is a staple of Model UN.  To become an expert speaker, every delegate has to ask themselves the same question: How can I improve my skills, and therefore my performance, while in committee?

First of all, you have to differentiate the two categories of committee speeches: the persuasive speech versus and the opening speech.

Opening speeches usually range from one minute to one minute and thirty seconds long and are presented to the entire committee.  Their main purpose is for a delegate to present their specific position’s stance on the topic of the committee.

The framework for any public speech has remained the same since the rise and fall of Roman Republic: you will have to present a hook, a point related to the topic and a final call to action:

Any type of hook must tackle the ongoing issue in committee, while creating a keen interest for future policies and actions a delegate would like to take. You can choose from a large panel of rhetorical tools such as rhetorical questions, metaphors, jarring statistics, or sound bites to make your speeches more interesting to listen to. Other ideas could include an assertion or a reference to a striking historical event.

After the hook, the next step is to focus on the point you want to make. The point should account for the largest portion of your speaking time: this is your chance to change the flow of debate and establish yourself as a critical contributor to committee. Assert your position’s policy or opinion on the topic of committee. Be sure to use evidence or examples when discussing what your country or representative believes: whether you want it or not, you cannot throw the point you want to make without emphasis on facts. Tactics one could use include using statistics or comparisons, appealing to factual evidence, and using quotes from public officials to emphasize your country’s conviction on its particular stance.

Never “echo the sentiments” of a previous delegate; never regurgitate the same stale opinions that have already been voiced by all the speeches that came before you. Contribute something new: voice a perspective that hasn’t been represented yet, point out a weak spot in your opponent’s argumentation style, play the devil’s advocate, or bring up a new subsidiary issue within the topic of debate.

What you will end your speech on is your call to action: do not reveal your entire set of solutions, but instead make it what closes the deal. The call to action aims to present how you will vote in future caucuses, as well as make it clear to those in committee who you will side with. By crafting an effective hook, using strong evidence, making your opinions clear to the committee, your opening speech can quickly make you the most coveted ally for others to have before the first caucus even begins.

At the end of the day, your opening speech will not make or break your ability to win an award in your committee. It’s an opportunity to make a good first impression and set yourself ahead of others for the first few committee sessions; that being said, putting too much pressure on the first speech can result in stuttering or a lack of confidence. The best, and only, thing to do is to give your first speech with confidence and a solid structure in order to start your committee performance off on a strong note.