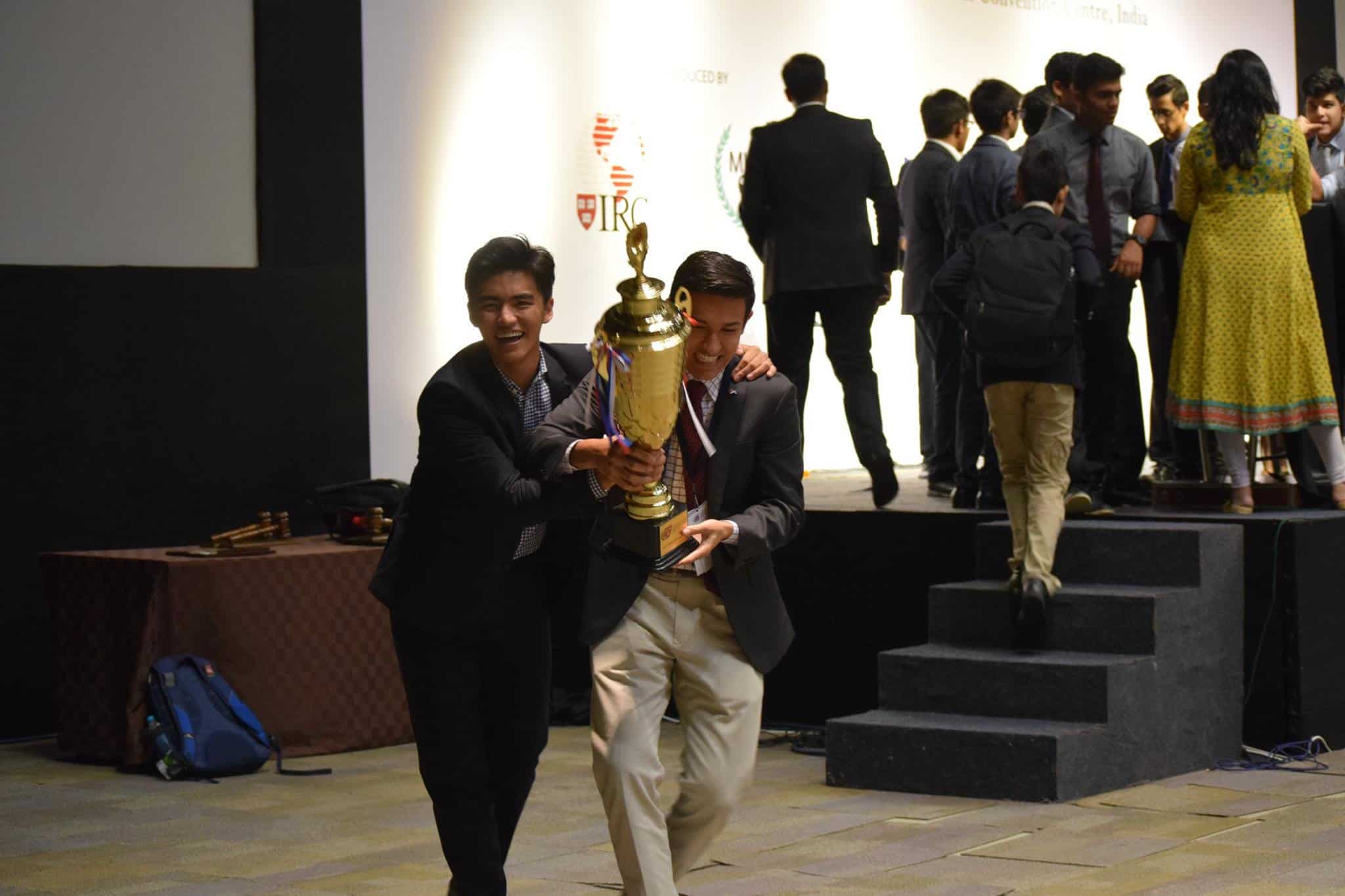 The most painful aspect of competitive Model UN is the intense and unavoidable subjectivity of the awards decision process. Ultimately, every conference and chair is different, and the tiny details which collectively determine a chair’s perception of each individual delegate is often times based heavily in bias and randomness. That being said, at All-American Model UN, we believe that a competitive approach to Model UN heightens the quality of debate, boosts the motivation and agency of all participants, and overall enriches the experience for all those involved. Strategy is all about nuance, but we break it down into 4 central pillars to best encapsulate what positive competition looks like in practice.

A thorough, in-depth, nuanced understanding of the topic of debate is the basis on which strategy can be built; without proper research, frankly, nothing else matters. Prior to every conference, competitive delegates must read and annotate the background guide as well as conduct individualized research in order to ultimately arrive at the main goal of researching in the first place: brainstorming possible solutions. A solution set is a portfolio of solution ideas which address the various subtopics of any given international issue, with ideas that cover the economic, political, and social aspects of the topic on local, regional, national, and international levels. Arriving well-prepared is already a strategic advantage.

At All-American Model UN, we often say that “solutions without advocacy die in darkness.” In application, this means that research, no matter how thorough, and solution ideas, no matter how brilliant, carry no meaning if not advocated for in committee. This is to say that active engagement is critical to competitive success. Delivering a few speeches and voicing opinions during unmoderated caucuses is simply not enough; make motions, submit amendments for other working papers, ask the chair for clarification rather than wallowing in confusion, and collaborate with the people sitting in the back of the committee room on their phones. Participate, participate, participate, and do so with intention and genuine interest.

Model UN is an exercise in adaptivity; there exists no single strategy that will prove equally effective in every committee, because every committee embodies a unique competitive atmosphere and social dynamic. Adaptivity, though, requires careful observation. Pay attention to the shortcomings of your opponents in committee, and in turn, adopt your strategy to specifically target those areas of weakness. Pay attention to the kinds of speeches which your chair responds positively to, and adapt your speech delivery to cater to those preferences. Pay attention to the speeches of fellow committee members–seek out the misconceptions, the logical fallacies, and the overly repeated sentiments–and use your speaking time to differentiate yourself accordingly.

Through recognizing the patterns of committee, you can control the flow of debate relatively easily; it is all a matter of close observation and an analytical mindset. This quality will deliver competitive success because the best delegate is not always the loudest one, or the one who speaks the most often; it is the one who contributes meaningfully. Meaningful contribution demands analysis of what the committee room needs to hear at any given time to realign debate in your favor.

There is no escaping the fact that Model UN is an intensely social activity, particularly in the world of General Assembly. The collaborative focus of this activity requires any successful delegate to acquire the capacity to work well with individuals of radically different personality types, backgrounds, and approaches to competitive Model UN. Building emotional intelligence promotes social adaptability, ergo bolstering a delegate’s ability to be collaborative in any committee scenario.

Interested in the social aspect of Model UN? Check this out: Being Friendly Will Put You Ahead in Committee

Again, if there existed one single strategy that worked flawlessly in every committee, then Model UN would not be the dynamic and infinitely nuanced activity that it is. As such, any so-called foolproof plan or set of steps that will supposedly guarantee an award ultimately does not exist, and any attempt to claim it does would be wholly insincere. That’s why at All-American, our approach to coaching competitive Model UN is more about building skills rather than checking off a list of tasks. By prioritizing growth in these four targeted areas, delegates are sure to stand out as leaders in the committee room and beyond.