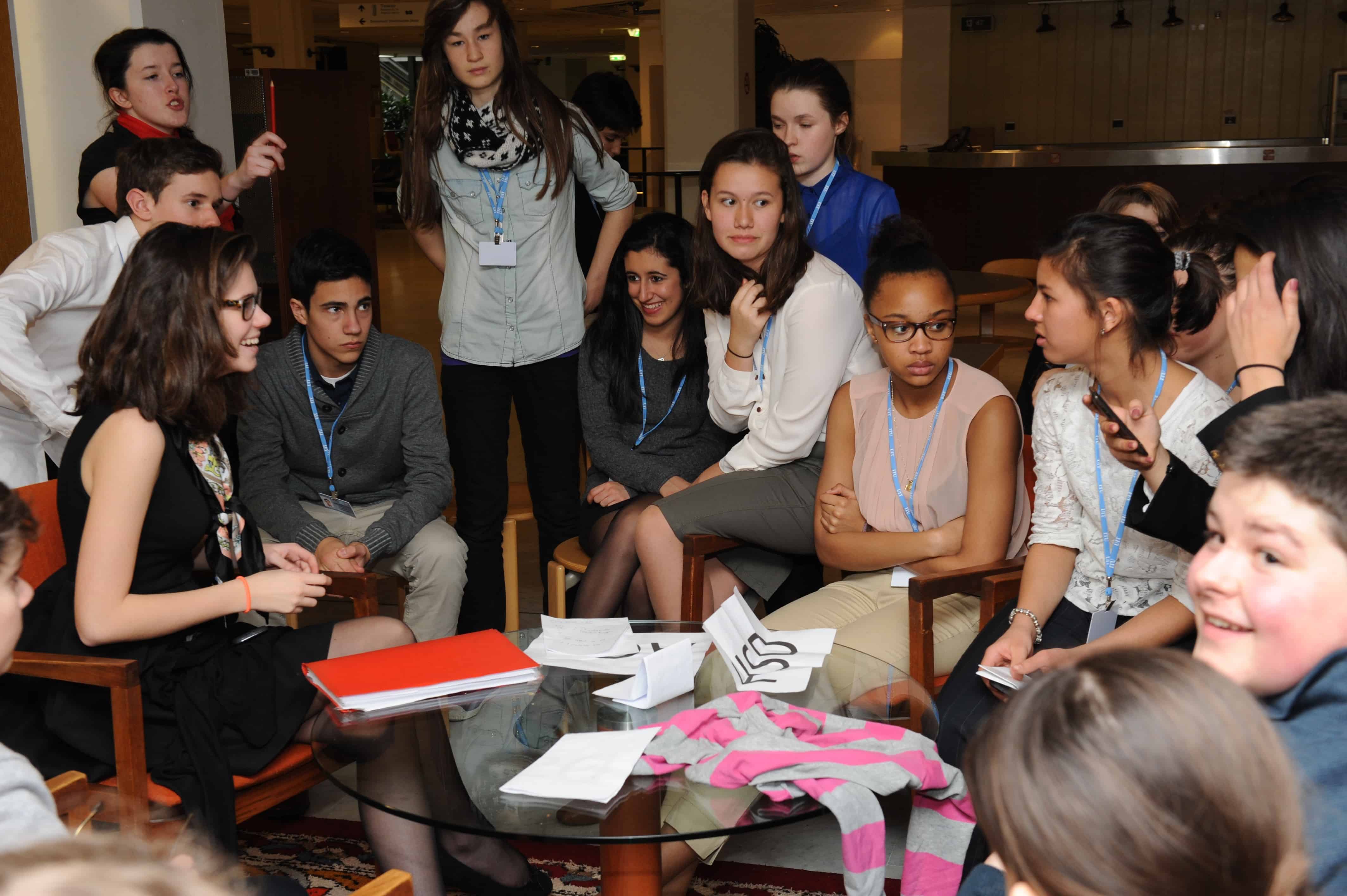 Throughout my years of attending high school Model UN conferences and summer camps, I have heard much talk of the “overly-competitive,” and “cutthroat” nature of the activity. For all the people who believe MUN is driven solely by individuals’ desire to win, very few actually acknowledge the tremendous teamwork that occurs at every conference. After all, writing a resolution requires many countries to work together. In my mind, collaboration is among the most underrated parts of Model UN, and has been a central part of my experience in every MUN conference.

Yes, at every Model UN conference there will be a few delegates who care about nothing more than the results unveiled at the closing ceremony. These kids will be prone to using a variety of shady tactics, like kicking authors off of resolutions or strong-arming people with political threats. And sometimes these delegates get away with winning a Best Delegate award. Yet this is no cause for concern that the fundamental goals of MUN have somehow been corrupted. Such contestants exist in competitive events of any kind, and should not be considered anything more than a minority. While students are often driven to put their all into getting distinctions, few completely stray from the collaborative and diplomatic ideals of Model UN.

Model UN can be extremely competitive. I would be a fool to argue with that. But at every conference I have attended, I experienced remarkable team efforts that led to creative, diplomatic and meaningful resolutions. In the DISEC committee at YMUN in January, my core bloc of just 6 nations worked together to create a 5 page resolution, backed by 75% of the committee, that managed to find common ground between countries like Israel and Iran on the issue of nuclear proliferation. Ultimately, it was not vicious and selfish politics that made this resolution so successful, but the combined creativity and tireless lobbying efforts of 6 delegates that decided to work together. Resolution writing is a complicated process, that is most effective when undertaken with a strong team.

Examples of collaboration at Model UN conferences also exist outside of committee sessions. Conferences often serve as incredible bonding experiences for delegations. As students share their experiences, and feedback, they become increasingly interested in the success of every single teammate, rather than just themselves. Upon leaving YMUN, every person in my delegation felt far more proud of the Best Small Delegation award we had won as a team than the individual awards they had received. I can honestly say that every MUNer on my team has become a good friend of mine thanks to the experiences we shared throughout the conferences we attended.

Ultimately, what you extract from Model UN will depend on your attitude. If you are determined to take nothing more than an award home from every conference, you may find yourself buying into the idea than MUN is purely brutal competition. Competing to win while engaging in collaboration, and honest negotiation, while caring about fellow delegates’ success, will leave you with a decidedly different impression of MUN. Indeed, you may find that it offers a rare glimpse at the kind of camaraderie and partnerships that our world so desperately needs more of.

Feature image courtesy of ITU Pictures, via Flickr under the Creative Commons License