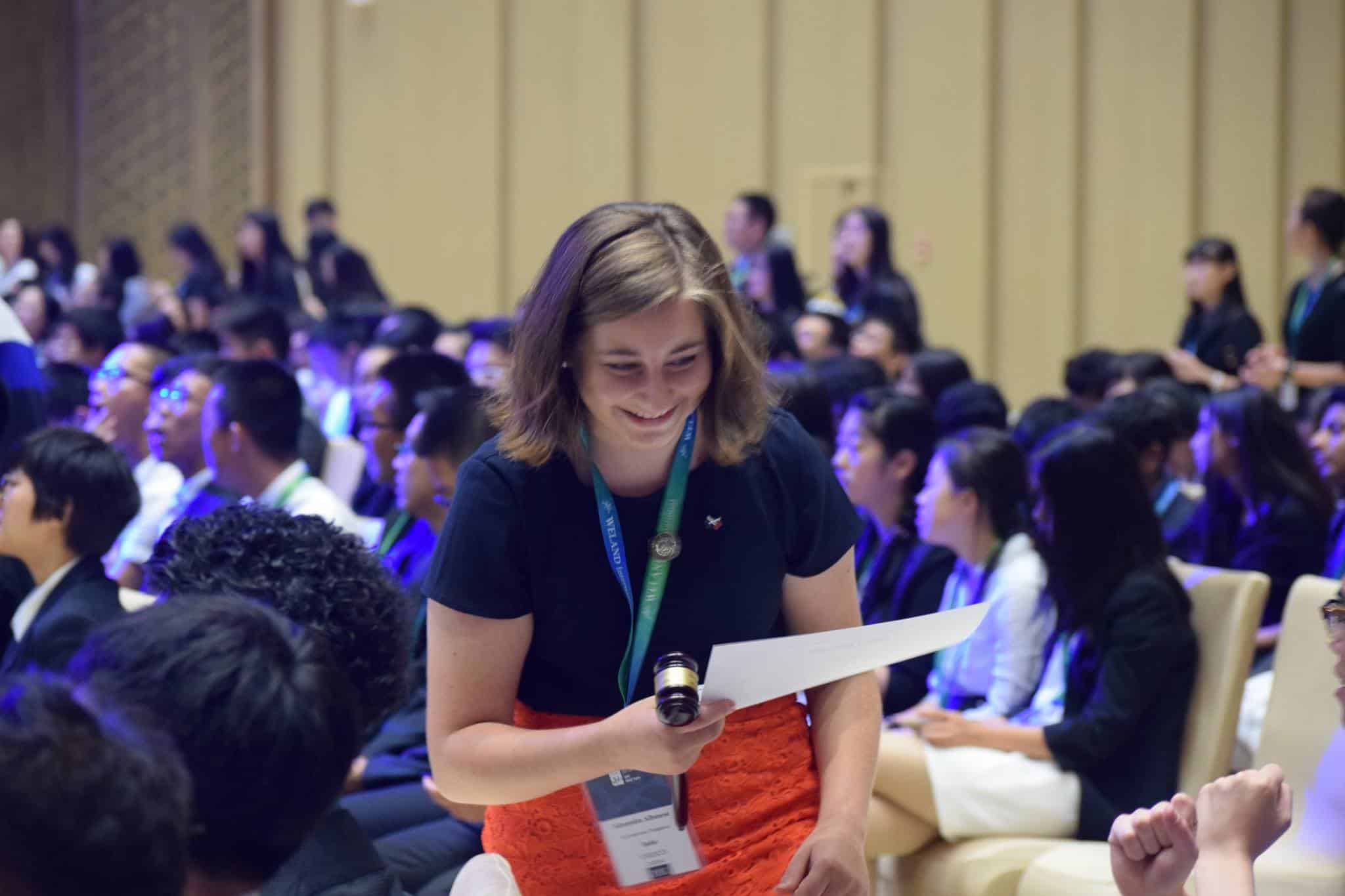 Strategy is undeniably important to every delegate’s success in Model United Nations. While strategies vary in many ways, there are two main classifications: collaborative and competitive. While both are equally valid, there are distinct differences that must be considered.

Collaborative strategy is an approach to Model UN that serves to establish its users at the head of the block without ruffling the feathers of lesser delegates. You will often hear those who favor a collaborative approach saying phrases like “Open the circle” or “Whoever has the pen can talk.” Many people view collaboration as a weakness; however, it can often prove to be a great strength. Collaborative delegates tend to be liked more by the chair and committee as a whole. Therefore, they can gain traction in the room much easier and amass a larger bloc and ensure. Depending on the conference, a collaborative strategy can appeal more to the chair’s goals for committee and increase chances for awards. The one weakness of a collaborative strategy is that is that delegates can be overlooked when it comes time for awards because they did not approach committee as authoritatively or aggressively as their competitive counterparts.

On the other end of the spectrum, competitive delegate are much more abrasive and aggressive with their conference strategy. Competitive delegates tend to polarize discussions, give powerful divisive speeches, and manage their blocs with relative totalitarian control. Competitive delegates often gain greater respect than their collaborative counterparts. They do not shy away from heated debate, cutting people out of blocs, and gathering complete control. This strategy places its users at the forefront of controversy in the committee and can gain them more attention and notoriety, especially in larger committee rooms. At times, this strategy can prove detrimental as it will alienate a delegate from the bloc and may anger chairs.

Deciding on Your Strategy

With this information in mind, you must now ask yourself – What strategy is best for me? Personally, it took me over a year to settle into a steady MUN strategy that I use in almost every conference. I began extremely competitive, refusing to work alongside any delegation that I viewed as a threat to me or my authority. Using this approach, I won many awards; however, I found that I was not enjoying conferences or getting as many gavels as I would have liked. That was when I decided to make a change. I began the first conference of my junior year as a collaborative delegate, who used peaceful persuasion, logic, and charisma to gain support rather than brute force. Additionally, I found that I was now able to concentrate my aggression on opposing blocs and positions rather than on my allies. This strategy has served me well for the last two years and has earned me more awards than I think would have been possible had I stayed competitive. This personal anecdote does not mean that you need to be collaborative to succeed, it simply relays the fact that you should always remain open to changing your approach and that it may take awhile to find something that feels right.

At the beginning, of your Model UN career, you don’t need to have a specific strategy that you know you are going to use forever. Beginners should experiment in their first several committees and try to discover the strategy that makes MUN enjoyable and ensures victory.