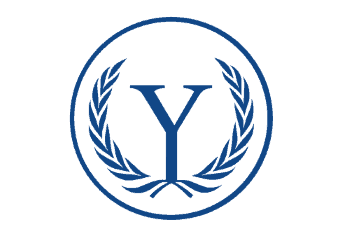 Re-writing the Rules: YMUN in Transition

Re-writing the Rules: YMUN in Transition

This is a story about a conference struggling against criticism to better its educational mission by taking a huge risk.

The story did not start this past weekend, but really three years ago, when a then-sophomore named Miranda Melcher (Branford College, Yale 2016) started making noise in YMUN’s umbrella organization, the Yale International Relations Association (YIRA). Melcher grew up an expat in Beijing and fell in love with Model UN during her high school years abroad.  She served as Director General for YMUN XLII.

Model United Nations in Europe and Asia differs drastically from the US experience: competition and awards are shunned, individual students are encouraged to attend without schools, there are no school or team awards, community develops and becomes the focal point, and procedure during debate shares little in common with what’s known the US.

Several Yale upperclassmen, whom I spoke to under the condition of anonymity, describe Melcher as fiercely intelligent, unrelenting in pursuit of her goals, and at times an overzealous micromanager. It should come as no surprise upon retrospection that, after three years of effort, Melcher successfully persuaded YMUN to abandon the traditional US Model UN ruleset for her own, dubbed “Hybrid Rules.”

Hybrid Rules, or “YMUN Procedure” as they are being referred to as of this year, combines elements of international rules with US Model UN debate style. The goal of the procedure is to emphasize collaboration, minimize or eliminate backhanded in-committee strategy, eliminate team or school competition by not giving out delegation awards, put the overall emphasis on developing solutions, and increase the teaching role of the chair.

Here’s how it works at YMUN:

YMUN has done something most other conferences would never consider: they made fundamental changes to their conference for the benefit of the student.  Their planning, preparation, and follow-through should be lauded for originality and stressing academic quality.

YMUN could become one of the premiere Model UN conference experiences in the country, but their work is not done yet.

As a competitive coach, I share YMUN’s frustration of awards being decided by choosing the loudest or coarsest student. For this reason, my training revolves around a solution-based approach. I believe awards should be dictated by originality of realistic solutions that can be implemented in a real-life setting.

To stress this point, YMUN designed a complete awards rubric- a fully developed, systematic way for chairs to award students based on three categories: (1) Impromptu Speaking, (2) Clause Writing, and (3) Active Participation. A delegate may receive up to 3-points in each category.

In my opinion, it is the most thorough, well thought out awards policy in the country.

Still, I was skeptical; so I decided to drive down to New Haven to see these new rules in action for myself. My goal was to observe debate so that I could properly assess its implementation and results. Would this new style produce higher quality writing? Would speeches be more substantive and less rhetorical in nature? Would the chairs be consistent throughout the conference in using the new procedure?

Unfortunately, I left without answers to these questions because while Secretary General Nicole Ng (Pierson College, Yale 2017) allowed me to visit YMUN, she asked that I “do not observe or disturb the committee sessions while they are in session” in an email before I arrived.

I did my best to press the issue upon arriving at YMUN on Friday afternoon, but it was clear Ng and Director General Melcher, were not interested in having me observe their committees. They rationalized their stance by citing legal reasons around observing minors (despite my promises to not take pictures, make recordings of any kind, or quote students without their tacit consent).

Eventually Ng agreed to have me escorted around committees on Saturday “so that chairs could be aware of my presence.”  Unfortunately, Winter Storm Jonas forced the Secretariat to cancel the second and third committee sessions on Saturday, and with it, my chance to observe debate.

I spoke again with Rodriquez from Bergen County Academies to see how his experience in the UN Security Council was going. This year, the UNSC at YMUN was an application committee and did not give individual awards “as this committee is for experienced delegates looking to challenge themselves intellectually,” according to the YMUN website.

“The quality was surprisingly low,” Rodriguez explained. After having been accepted into the UNSC, he anticipated that the debate and solutions formulated by the committee would be top notch, a tradeoff he was willing to make for not having personal awards.

The UNSC at Yale included a feature of having Secretariat members occasionally chair various sessions. “Having a rotating chair was confusing because they were contradicting each other on procedure and in providing critical feedback on clauses.”

The rules governing voting in the UNSC were also confusing for Rodriguez, playing the role of the Russian Federation, because the use of veto power was not originally explained. Once it was, the chair requested permanent members of the UNSC not realistically mirror their use of it for the academic benefit of the committee.

Other students were also not happy about the rule changes. “People complained about it last year. I don’t know why they insisted on using it again,” said Eliza Hoang of The Loomis Chaffee School (CT), who participated in ASEAN and won Outstanding Delegate.

“Having only a single author per clause totally destroys the spirit of collaboration,” offered another student, Vyoma Sahani of Lexington High School (MA), who won Honorable. Based on the last two years of attending YMUN, she explained that without the need to merge draft resolutions, students could submit clauses without so much as speaking with other delegates in the room.

In fairness, such dramatic changes will almost certainly be met with skeptics. I spoke with Mr. Mark Gruskin and Ms. Marjorie Milam, advisors from American Heritage School (FL) who offered a different take on the student response to the new rules. “I don’t think our students minded the rule change. Their frustration comes more from a lack of familiarity.”

Gruskin and Milam explained they devoted more time to preparing for YMUN than most conferences in the past. In retrospect, they may have over-prepared, they explained, as many of their students were frustrated with the lack of knowledge of other students.

When asked about the removal of delegation awards, Gruskin noted, “the team wasn’t happy about it.”  He intimated it may have been one of the reasons American Heritage School will be attending NAIMUN in Washington D.C. rather than MUNUC, another major conference without delegation awards. “We recognized NAIMUN as one of the most competitive conferences in the country, and we decided if we thought of ourselves as one of the best teams, we should be there.”

The question of conference selection may impact YMUN in the future. For the 42nd conference, YMUN drew 12 international schools and 68 US schools, of which only 8 are ranked by Best Delegate as being top-150 schools in 2013-2014*.

More than anything else this weekend, I wish I could have observed debate, but as I could not, I have to rely on what students and teachers told me. From that, it seems YMUN may have a new, solid, unique foundation on which to build a truly remarkable conference experience, but only if it continues to experiment and make changes based on feedback and analysis.

The last major change I would make would be to bring back delegation awards, but that suggestion is likely to fall on the wrong ears. For the first time in several years, no one in the YMUN upper secretariat is a member of the Yale’s competitive travel team, depriving their internal debate from a perspective that may appreciate team awards.

At first, I was concerned YMUN’s new mission was to eliminate competition. Instead, it seems their goal is to refine it. Interestingly, award distribution did not seem to change much during closing ceremonies, with American Heritage School (FL), Bergen County Academies (NJ), Hotchkiss School (CT), and The Loomis Chaffee School (CT), all having strong conferences. Perhaps winning programs continue to produce awards because of their training and research, and not subversive tactics?

I left YMUN with questions new and old, but one continues to ring more loudly than any of the others: will future YMUN secretariats have the boldness and conviction to continue what was started, or will it settle for a procedure in need of further refinement, or paradoxically, will it revert to traditional procedure once the current YMUN administration graduates?

*The 2013-2014 Best Delegate Top 150 School Rankings are the most current published. In my estimate, there were really 12-16 Top 150 Schools if the rankings were current.

This article was written by Frank Pobutkiewicz, Program Director of the All-American Model UN Programs. He can be reached for questions at [email protected].

Were you at YMUN? How did you like the YMUN procedure? Are you or your school looking forward to attending future sessions? How would you improve the YMUN experience?