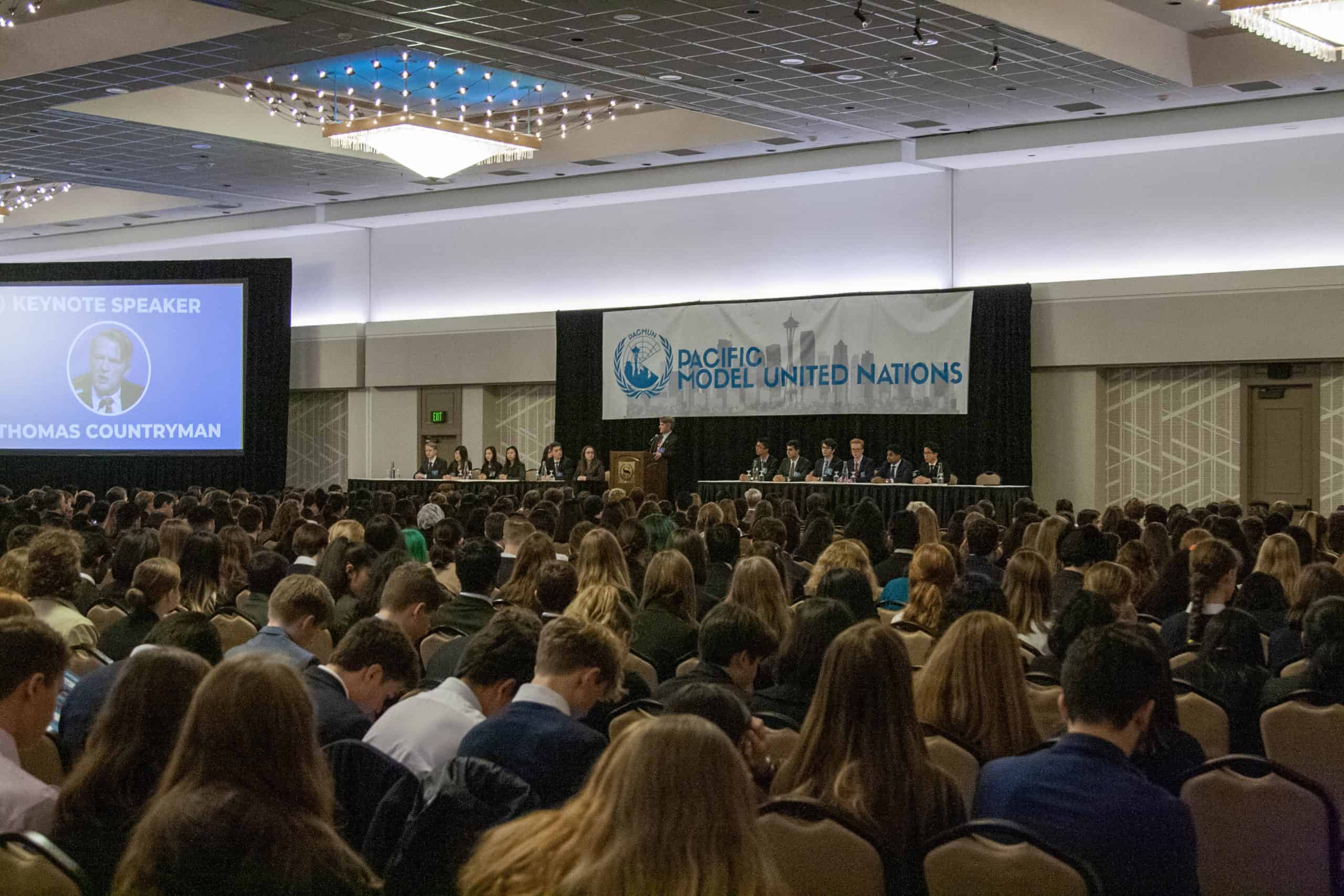 PACMUN Paves The Way for Model UN in the Pacific Northwest: Interview with 2020 Sec-Gen

PACMUN Paves The Way for Model UN in the Pacific Northwest: Interview with 2020 Sec-Gen

Pacific Model United Nations (PACMUN) is the largest high school Model UN conference in Washington state, and serves as a cornerstone event for Model UN on the West Coast. The annual event attracts over 700 delegates from 30+ schools, including international delegations from Mexico and Canada.

Secretary-General Spring Chenjp has attended PACMUN since her freshman year of high school. Her Model UN career began like so many others–lost in the crowd of a massive General Assembly committee–but has since developed into an impressive list of titles and involvement with PACMUN over the years.

Secretary General Chenjp touches on the value of a nonprofit base:

“As an event run by students, for students, we’re able to implement new ideas every year and undergo constant reform.”

Whether it be a new General Assembly/crisis hybrid committee offering, an alternative procedural nuance, or a futuristic topic of debate, chairs and staffers bring fresh ideas to the Secretariat in order to keep PACMUN at the cusp of innovation in the Model UN sphere.

For each conference iteration, an unique Secretariat composed entirely of high school students is handpicked to lead PACMUN to new levels of achievement. Chenjp adds that Secretariat members, chairs, and staffers of all kinds are equally encouraged to bring up new ideas, all with the intent to push PACMUN to new heights.

“Our nonprofit backing creates an environment that encourages innovative thinking.”

With the perpetual growth, expansion, and improvement of PACMUN’s approach, delegations that return year after year experience an improved, streamlined version of last year’s conference every time.

Whereas some conferences take pride in a long history of consistency, PACMUN is innately forward-facing: the emphasis on constant evolution yields a conference experience that is truly at the forefront of innovative Model UN. As Ms. Chenjp puts it:

“Model UN teaches students to use their voices and advocate for change: PACMUN embodies that same empowerment in its structure.”

PACMUN VII, though the dates have yet to be secured as a result of the coronavirus pandemic, is set to take place sometime during the 2020-21 Model UN season. PACMUN VII will be the largest iteration in the conference’s history. For anyone interested in Model UN of the future, PACMUN is certainly a conference to watch.