Opening of the 2017 UN General Assembly

On September 13,  the United Nations General Assembly convened its 71st session at the UN headquarters in New York City.  World leaders from the General Assembly’s 193 members states arrived amid tensions as investigations into a series of attempted bombings across the city unfolded. Under especially intense security and press scrutiny, member states deliberated issues of a global concern.

The 71st session was noteworthy as world leadership changes hands, and the first year of action on the 17 Sustainable Development Goals (SDGs) draws to a close. President Obama delivered remarks for his eighth and final time. As expected, he recounted key advancements his administration achieved in peace and security: “From the depths of the greatest financial crisis of our time, we returned the global economy to growth. We’ve taken away terrorist safe havens, strengthened the nonproliferation regime, resolved the Iranian nuclear issue through diplomacy.  We opened relations with Cuba, helped Colombia end Latin America’s longest war, and… our assistance is helping people feed themselves, care for the sick, power communities across Africa… while establishing a framework to protect our planet from the ravages of climate change.” Ban-Ki Moon of South Korea also delivered his final remarks as Secretary General; he highlighted that the Assembly “will be called upon to address many threats, and to show its solidarity with people facing injustice… not just to react to problems, but to work proactively and preventively to better the human condition” in coming years. Conversely, Theresa May delivered her first UN address as Prime Minister of the United Kingdom. Likewise, Peter Thompson was heralded as the new President of the General Assembly, marking the first time in history a Pacific nation occupies the post. Opening the session, he announced its theme: ‘The Sustainable Development Goals: A Universal Push to Transform our World’. Highlighting the power of the goals to rally countries behind common interests, he declared, “… the 71st must be the year we witness the wheels turning on the implementation of all 17 SDGs… that if successfully implemented will bring an end to poverty and secure a sustainable place for humanity on this planet.” Coupled with the SGDs, the 71st session concentrated on the core issues of migration, climate action, transnational crime and terrorism, volatile states, and UN Reform.

Migration:The first event of the 71st session was the Summit on Large Movements of Migrants and Refugees, the first event dedicated to tackling issues of human migration in the UN’s history. The High Commissioner for Refugees reports the total number of forcibly displaced people in the world to be 65.3 million, and number of refugees to be 21.3, the highest since World War II.  The summit yielded a promising solution to the crisis, the New York Declaration, which describes specific (but not legally binding) commitments and plans including protecting the full rights of all migrants especially those of women and children regardless of status or lack thereof, ensuring education for children, increasing support for the hardest-hit countries, strengthening the resettlement process, and growing available funding. Support for the successful outcome was universal, with particularly outspoken support coming from Europe, which has absorbed the vast majority of migrants fleeing conflicts in the Middle East and North Africa. Donald Tusk, President of the European Council addressed the UNGA the following evening,

“In the last months, Europe has been confronted by the refugee crisis. In all our actions aimed at solving the problem, the European Union is driven by empathy and the readiness to offer help to those in need, even if the world turns its back and pretends not to see. And still today, when we restore order on our external borders and take back control from the smugglers, the readiness to assist refugees in their plight remains our top priority… It is our hope and expectation that global solidarity will now kick in to provide health, education and jobs for millions of people currently displaced, and to scale up resettlement. We support the work that has now begun under the New York Declaration to find a sustainable and fair rulebook for global migration.”

Climate Action: ollowing the Migration Summit, Secretary General Ban Ki Moon convened a special panel to accelerate adoption of the Paris Agreement on Climate Change. By design, the terms of the agreement enter effect after at least 55 countries, responsible for 55% of global greenhouse gas emission deposit their instruments of ratification (ratify the agreement). Going in, both the United States and China, the world’s top greenhouse gas producers accounting together for 16% of emissions, had ratified the agreement, and the 55 countries stipulation had been met. During the session, India, responsible for 4.1% of global emissions, ratified the agreement “in commemoration of the great Mahatma Gandhi and his legacy of peace for people and planet,” said Indian foreign minister Syed Akbaruddin. India became the 62nd country to ratify, along with 14 others who ratified following the panel and cumulatively represent 12% of global emission. The Paris agreement is now 3 percentage points from reaching the 55% threshold rule and taking binding effect.

Transnational Crime and Terrorism:  The session began discourse on violent extremism by revisiting the Global Counter-Terrorism strategy, adopted by the General Assembly in 2006. Leaders considered how the global security landscape has changed in the last decade, and, accordingly, what steps need to be taken. Middle Eastern states spoke candidly; Crown Prince of Saudi Arabia, Mohammed Bin Naif Bin Abdulaziz Al-Saud, spoke ,perhaps ironically, on the subject of state-sponsors of terror. He condemned Israeli occupation of Palestinian territories as “terrorist practices and acts of aggression. Achieving any progress in ending the Palestinian-Israeli conflict seems impossible in light of the continuation of the Israeli settlement policy…  and the heartless policy of repression practiced against the Palestinian people.” Pivoting to Iran, he denounced its support of “terrorist militia groups” throughout the greater Middle East as well as its use of explicit and repressive sectarian speech in state affairs. In a similar vein, the Prime Minister of Kuwait denounced attacks carried out without consideration of civilian casualties, “the intentional targeting of residential areas, civil and medical facilities, the indiscriminate bombing and dropping of barrel bombs” in Syria, while maintaining his support of targeted UN counter-terrorism operations in Syria and Yemen. UK Prime Minister Theresa May held similar sentiments; she announced the UK’s commitment to deploy 100,000 troops to Africa, concentrated in Somalia and South Sudan, working with local forces to stop ISIL affiliated terror groups, namely Al-Shabaab.

Syrian Deputy Prime Minister Al-Moallem spoke boldly to the origins and realities of terrorism in Syria. He said that the blood of countless Syrians has not been enough to quench the thirst of terrorism, a threat that has grown to claim innocent lives in countries all over the world in schools, hospitals, and places of worship. He targeted Saudi Arabia, Qatar, and Turkey as having bolstered the terrorists who’ve ravaged his country:

“Everyone knows full well that terrorism would not have spread through my country if it hadn’t been for the external support of well-known countries. It is no longer a secret that Qatar and Saudi Arabia have played a part in this… They have bragged about supporting terrorism in every way, sending into Syria thousands of mercenaries, equipped with the most sophisticated weapons. Meanwhile, Turkey has opened its border to let in tens of thousands of terrorists from all around the world and has provided them with logistical support and training camps under the supervision of Turkish and Western intelligence.”

Latin American member states called attention to the persistence of violence stemming from political corruption and drug trafficking in their continent. Argentinian President Mauricio Macri connected the relevance of the dire economic situation – its potential to worsen drug violence, corruption, and the growth of slums. Similarly, Peruvian President Pedro Godard stressed the importance of strengthening free political participation and representation and a balance of powers to maintain stability.

Volatile States:The Democratic People’s Republic of Korea (DPRK) has launched 21 ballistic missiles and conducted two nuclear tests this year alone. Three ballistic missiles have reached Japan’s exclusive economic zone (the region extending 200 nautical miles beyond a country’s shores) and the explosion of last month’s underground nuclear test was felt in South Korea. “There is no alternative but to say that the threat has now reached a dimension altogether different from what has transpired until now… We must concentrate our strengths and thwart North Korea’s plans. Next is the United Nations’ turn to indicate an unmistakable attitude towards this threat of a new dimension,” declared Japanese Prime Minister Shinzo Abe. Meeting outside of formal negotiations, President Obama and Chinese Premier Li Keqian supported the Prime Minister’s condemnation of North Korea’s clear and growing nuclear ambitions, and affirmed to cooperate more aggressively in the security council on the issue. In sheer opposition, North Korea vowed to continue strengthening its nuclear powers in defiance of binding and enforceable security council resolutions and economic sanctions from the U.S. and others. The Korean Peninsula “has now been turned into the world’s most dangerous hot spot which can even ignite the outbreak of a nuclear war,” said Foreign Minister Ri Yong Ho. “The United States will have to face tremendous consequences beyond imagination,” for its “hostile policy” against the DPRK he threatened.

On the other side of the world, the situation in Somalia continues to deteriorate and the situation on neighboring South Sudan remains stagnant. In the former, warring parties in the North continue to kill, wound, and displace civilians with impunity as Al-Shabaab occupies large swaths of territory with key transportation routes and infrastructure. The latter teeters on the edge of another civil war despite the presence of a UN peacekeeping force, which the U.S. and regional allies Kenya and Ethiopia hope to grow.

“For the last two and half decades, the region has been seized with the situation in Somalia. Throughout this time, Kenya has stood with Somalia, provided a safe haven for refugees, joined peacekeeping missions, and invested resources in combating al-Shabaab and its affiliates. Sadly, the efforts of the region have not been matched by the international community,” articulated Kenyan President William Ruto, referencing the European Union’s decision to cut support for the African Union Mission in Somalia by 20% and the Security Council’s failure to provide the requested financial and organizational support.

UN Reform:  For the the first time in the history of the UN, the incoming President of the General Assembly took an oath before the full session and published a Code of Ethics for the Office of the Presidency. For many year, allegations of corruption surrounded a number of past UNGA Presidents, most recently John Ashe of the 68th session. Moreover, multiple states fervently emphasized the need to modernize the Security Council, whose operating procedure and organizational structure has not changed since the UN’s founding in 1945. The Security Council is the only arm of the UN with the power to act without the consent of a sovereign state, that is by unanimous vote of its permanent five (P5) members: the United States, the United Kingdom, France, Russia, and China. The other ten members serve two year appointments and are elected by the General Assembly. Many would like to see the Security Council expanded beyond 15 as well as the power distributed beyond the P5 to African states (approximately 70% of the UN’s work takes place in Africa) and to states with rapidly growing populations and developing economies that anchor their regions such as Brazil, India, and Nigeria among others. 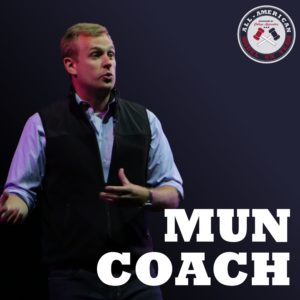