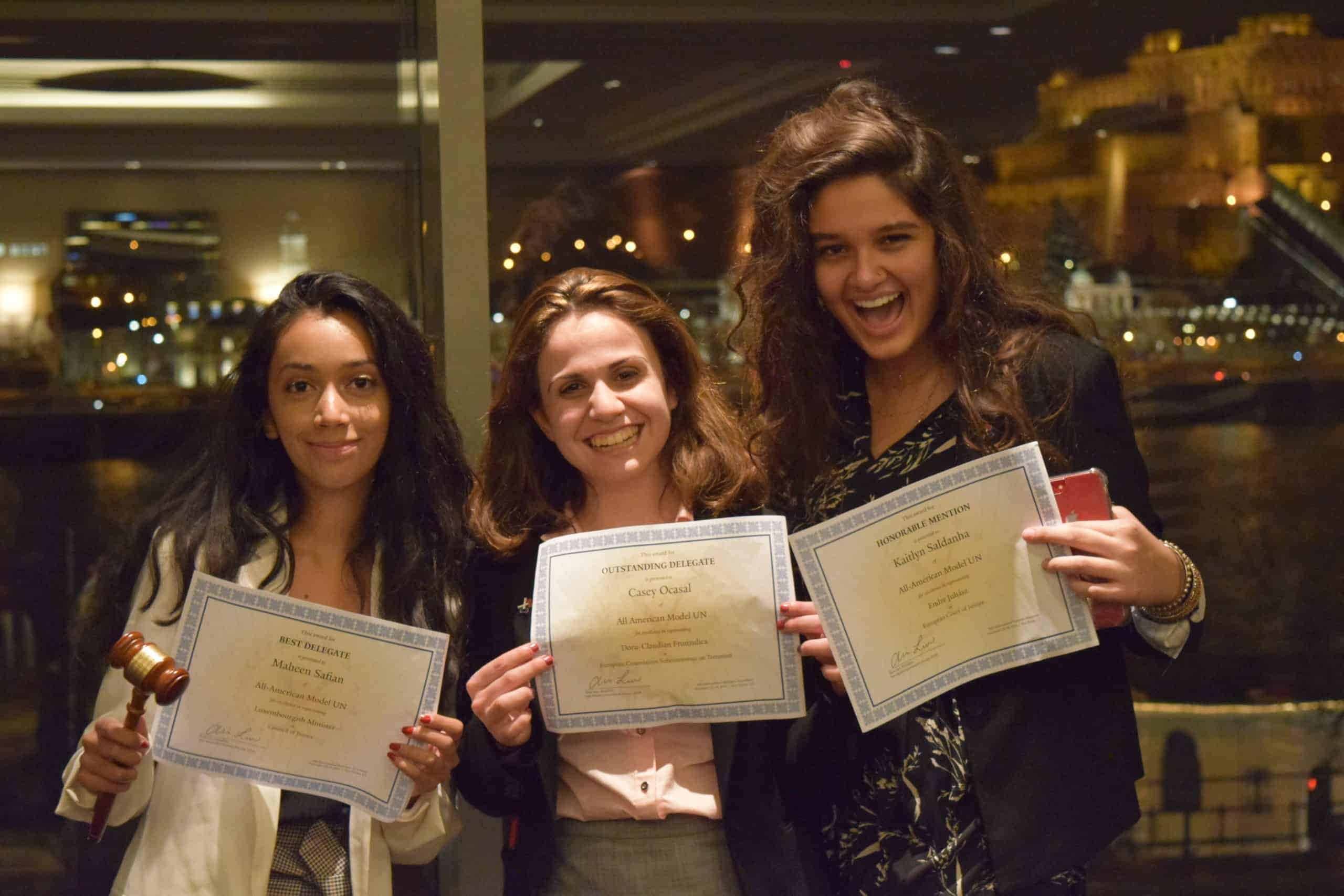 Model UN Losses: How to Deal With Them, and Why They Matter

Model UN Losses: How to Deal With Them, and Why They Matter

A conference weekend of rigorous debate, academic strain, and late nights finally surpasses as closing ceremonies roll around; you sit in the audience, anxiously sitting on the edge of your seat. You know you did well this weekend: you led the room, you were well-researched, and you proposed the most innovative and thorough solutions. When your committee is announced, however, you are met with an awards list that you do not agree with. Perhaps your name was announced for the award you feel to be incorrect, or perhaps it wasn’t announced at all: either way, you are left shell shocked.

All Model UN veterans are familiar with this feeling. It’s beyond frustrating–infuriating, really–to have put your all into a conference, only to be denied the satisfaction of the award you feel you earned. A solid effort, however, does not always yield success.

Model UN may be an addictive activThity, but the inescapable subjectivity of awards makes it painful, too.

Whether you feel robbed, or whether you can acknowledge shortcomings that led to another delegate’s triumph over you, you took a loss. Winning, well, it feels good; but the losses, however frustrating, are what motivate future success and improvement. At All-American Model UN, we focus on constant improvement–no delegate is perfect–and that is why learning from losses is an invaluable opportunity that should never be avoided for the sake of wallowing in self pity and sadness.

There does not exist a precise, step-by-step formula that can guarantee an award after every conference. There will be exciting wins and gavels, but there will also be the heartbreaking losses, even though everything seemed to happen just perfectly in committee. Model UN, much like any other competitive activity, comes with highs and lows.

Processing the Emotions of a Model UN loss

After experiencing a loss, you should allow yourself a brief period to process emotions. Allow yourself to be sad, or frustrated, or lethally angry. Process those emotions however is best for you: write in a journal, write an angry letter to your chair and throw it away, scream into a pillow, whatever. What matters is that you get it out of your system, and move forward.

Burying frustration will only get in the way of your progress as a delegate, and ultimately, that’s all that truly matters.

In rare instances, conference politics pollute the awards decision process, or chairs just make the wrong decision. It is true, it certainly happens. But more often, even when you feel robbed, there were things that you could have done differently which may have shifted the scales in your favor. Self-reflection is the single best way to improve your performance as a delegate. Make a list, write something down: things you felt could have gone better, mistakes you made, areas for improvement. Do so as soon after a conference concludes as possible, because as more time passes, the details of committee will get fuzzy.

Adapt Your Strategy at the Next Model UN Conference

If you are proactive in documenting your mistakes and shortcomings, then implementing changes into your approach to the next conference you attend will be easy. Ideally, those mistakes should be transformed into reforms, changes, mentality shifts, some form of improvement going forward.

By practicing adaptation and embodying a growth mindset, you have the power to capitalize on your loss and produce future wins.

Above all, losses aren’t really losses. Losses ultimately allow us to recognize and grow from our weaknesses. Losses force us to view Model UN from a different perspective, as more than zero-sum competition, and instead as an exercise in personal growth and discipline. In this regard, we know that the losses are indeed more important than the wins.