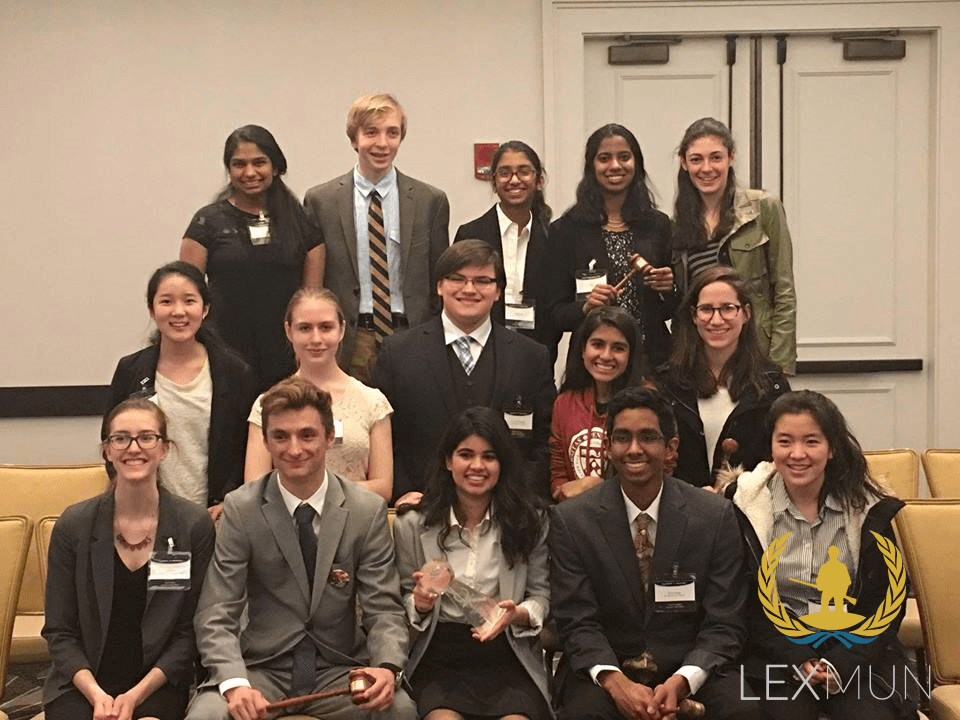 For its first session, LexMUN will run the Second Committee of the General Assembly: Economic and Financial (ECOFIN), the Committee on Crime Prevention and Criminal Justice (CCPCJ), the UN Committee on the Peaceful Uses of Outer Space- 2060 (UNCOPUOS), the International Olympic Committee (IOC), and the UN Special Committee on the Syrian Refugee Crisis, their most advanced committee.

“Even though this is our first conference, we have very high expectations,” Secretary General Sahani explained. “We don’t just want to hold a successful conference, we want delegates to start looking forward to next year’s conference as soon as this year’s is over.”

At our session, the chairs and I discussed the importance of structuring a committee in order for it to be successful. Each committee will organized slightly different to more accurately reflect reality. For example, the IOC will work on crafting new guideline for selecting future Olympic host cities, rather than draft a traditional Model UN resolution, which the IOC would not do in reality.

Registration for LexMUN, held on April 30, is still open. Interested schools can register and learn more about the conference by visiting http://lexmun.com. Lexington High School is fresh off its win at EagleMUNC, where it won Best Small Delegation.