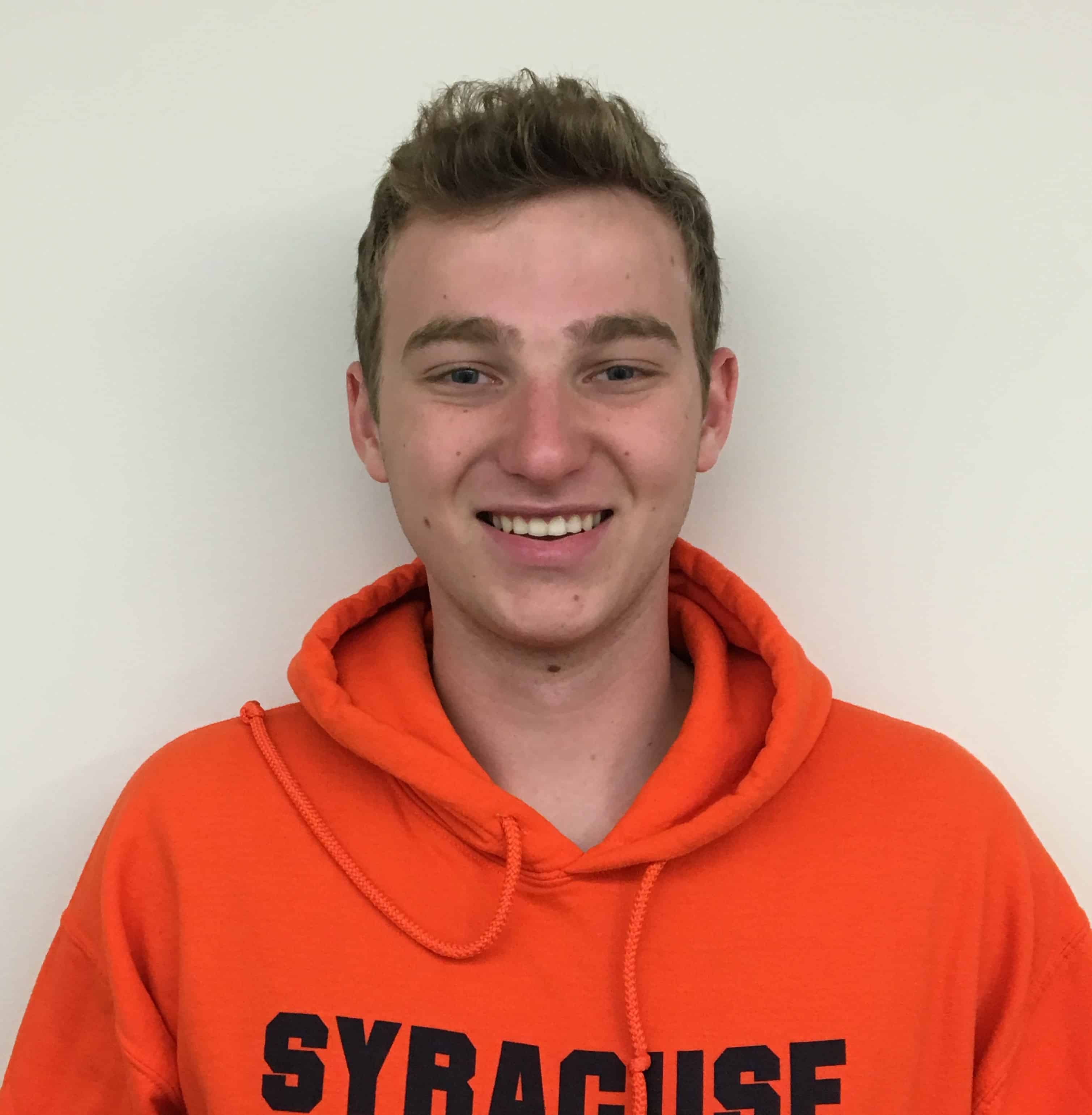 I’m Evan Torrisi. I’m a freshman at Syracuse University (Home of the Orange!), where I study public policy. I come from a small town in the Hudson Valley, New York called Red Hook, where I competed in Model UN for three years. I joined the All-American Team between my junior and senior years, where I competed in China and India with them. The experience really helped me grow as a competitor and as a person, so I signed on to compete in Budapest and Washington DC as well. The All-American Team was really the tipping point for me in coming to school to specifically study policy.

Outside of schoolwork I enjoy history, socializing in the common room, and doing community service. I’m also currently working on founding a competitive MUN team at Syracuse University, which has absorbed a lot of my time. I really can’t stress enough how excited I am to have the opportunity to work with the All-American Team, and help give as many schools and students the opportunity to thrive in MUN as possible. I can personally attest to the value of the skills learned in Model UN, and their near universal application. I’m especially excited to be working with small schools in the North East like my own home town, and getting them to the competitive level of their larger counterparts.

So let’s get started! email me at [email protected]