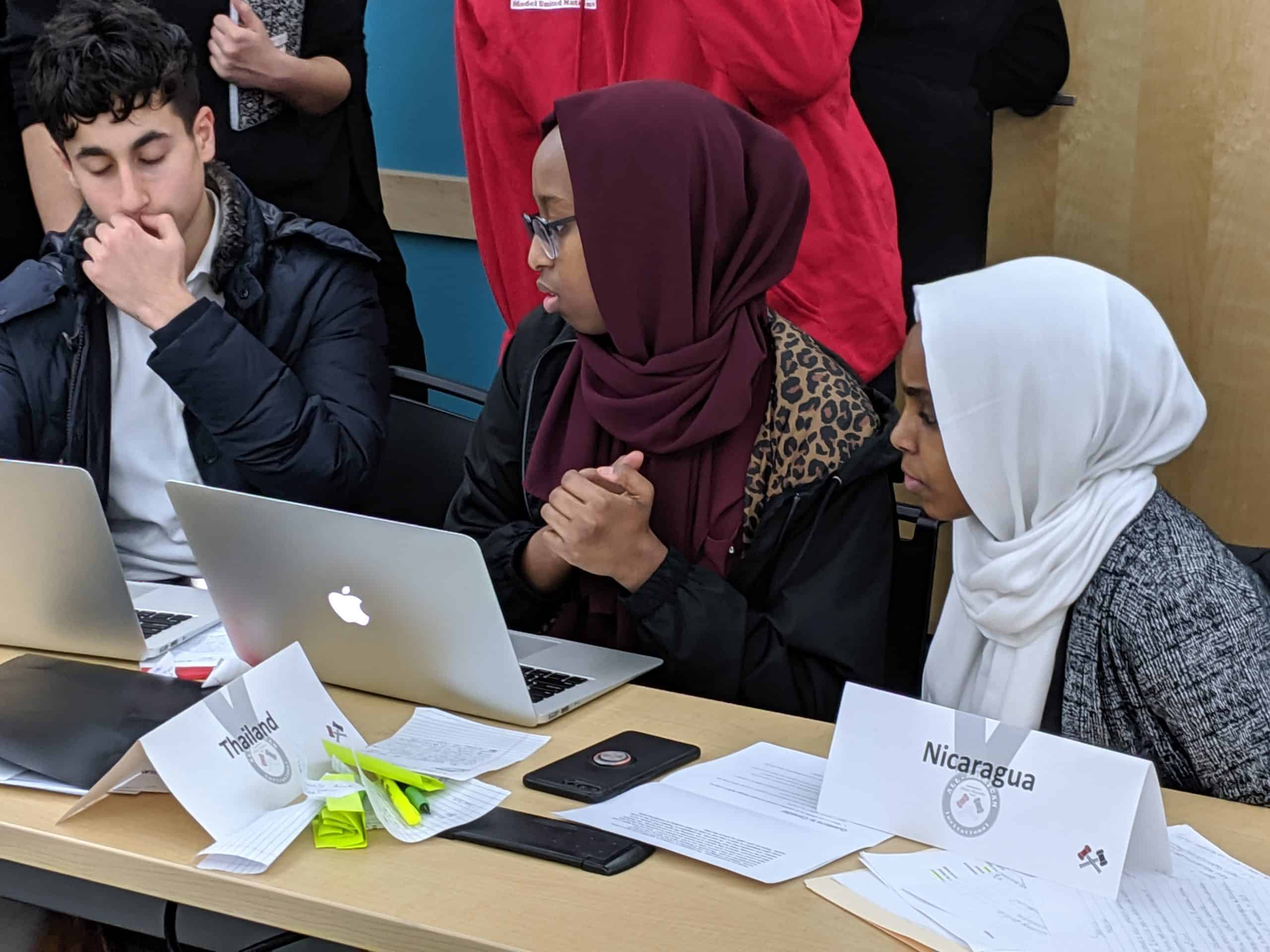 How to Host the First Model UN Meeting of the Year

How to Host the First Model UN Meeting of the Year

Organizing the first meeting of the year for your Model UN club is a great opportunity to set the tone for the rest of the year going forward. Taking the proper time to plan this first meeting may seem futile given that the first meeting doesn’t require as much substantive curriculum as the meetings later on in the year that are dedicated to training, but putting even a minimal level of effort can be highly beneficial in terms of improving recruitment, boosting team morale, and setting up the year to be productive, organized, focused, and successful. Here are some things to keep in mind in order to plan a lucrative first meeting of the year.

Promotion is essential to a successful first meeting for one core reason: a meeting requires attendees. Cast a wide net in order to yield the biggest possible number of attendees and interested students. Put up posters around your school, hand out invitations to potentially interested students, give announcements during school assemblies, create a club-wide social media account, rely on word of mouth: do things that will spread information around your school and peak interest. Anticipate that many of the students who attend the first meeting won’t show up to the next or sustain their engagement; so plan accordingly, and think big. Be sure to include all necessary details: the specific location of the meeting, the time, and what items to bring.

If you’re not sure what information to include on you promotions for the first meeting, stick with these 3 basic points:

WHEN: [date & time of the meeting]

WHERE: [location of the meeting]

WHAT: [a few details as to what the meeting will cover]

WHY: [provide some sort of hook, like snacks, that will encourage people to show up]

No matter how embarrassing or awkward these “name game” activities may be, they undoubtedly serve a critical purpose in starting team bonding early on. Attendees of your first meeting will be much more likely to pay attention and develop interest if they can get their nerves out of the way. There are tons of options as to how this can be accomplished–there are infinite introductory games and fun activities–but they all serve the central purpose of making all attendees feel comfortable and ready to listen.

Discussing the macro in the first Model UN meeting comes in two main forms: first, there’s an obligation to introduce what Model UN is, exactly, and how the United Nations functions as an organization. It is important to provide a general explanation of the activity because many attendees of the first meeting will know close to nothing about the U.N. or what modeling it’s various subsidiary bodies means. Next, talk about the broader course of the club in terms of the entire school year. It may feel unnatural to talk about things that won’t happen until 5 or 6 months in the future, but allowing club members to see what’s coming will aid in contextualizing the meeting. You should mention what conferences the club will be attending, the kinds of things that club members will be learning during upcoming club meetings, club fundraising efforts for the year, and any notable club events that concern all members.

During the first week of a new academic semester, classes meeting for the first time tend to spend the first meeting speaking generally about what the course will entail, general themes that the curriculum will cover, and other sweeping claims about what the next few months will entail. When meetings are run this way, it is far too easy for attendees to leave after having paid good attention with absolutely no idea as to what will happen next. That lack of clarity is precisely what must be avoided at all costs. Attendees should leave the first meeting with a cleanly outlined sense of what their path forward looks like. In order to accomplish this, always end the first meeting with something definitive and clarified: have people add their email to a contact sheet, announce when the next meeting will be, remind club members to turn in a conference sign-up waiver, or hand out a parent permission slip. It can even be a good idea to hand out small slips of paper–”exit passes”–as students leave the room that has a checklist of what should be completed before the next meeting. This is a simple, but effective way to bolster attendance for the next meeting as well as demonstrate strong organization.