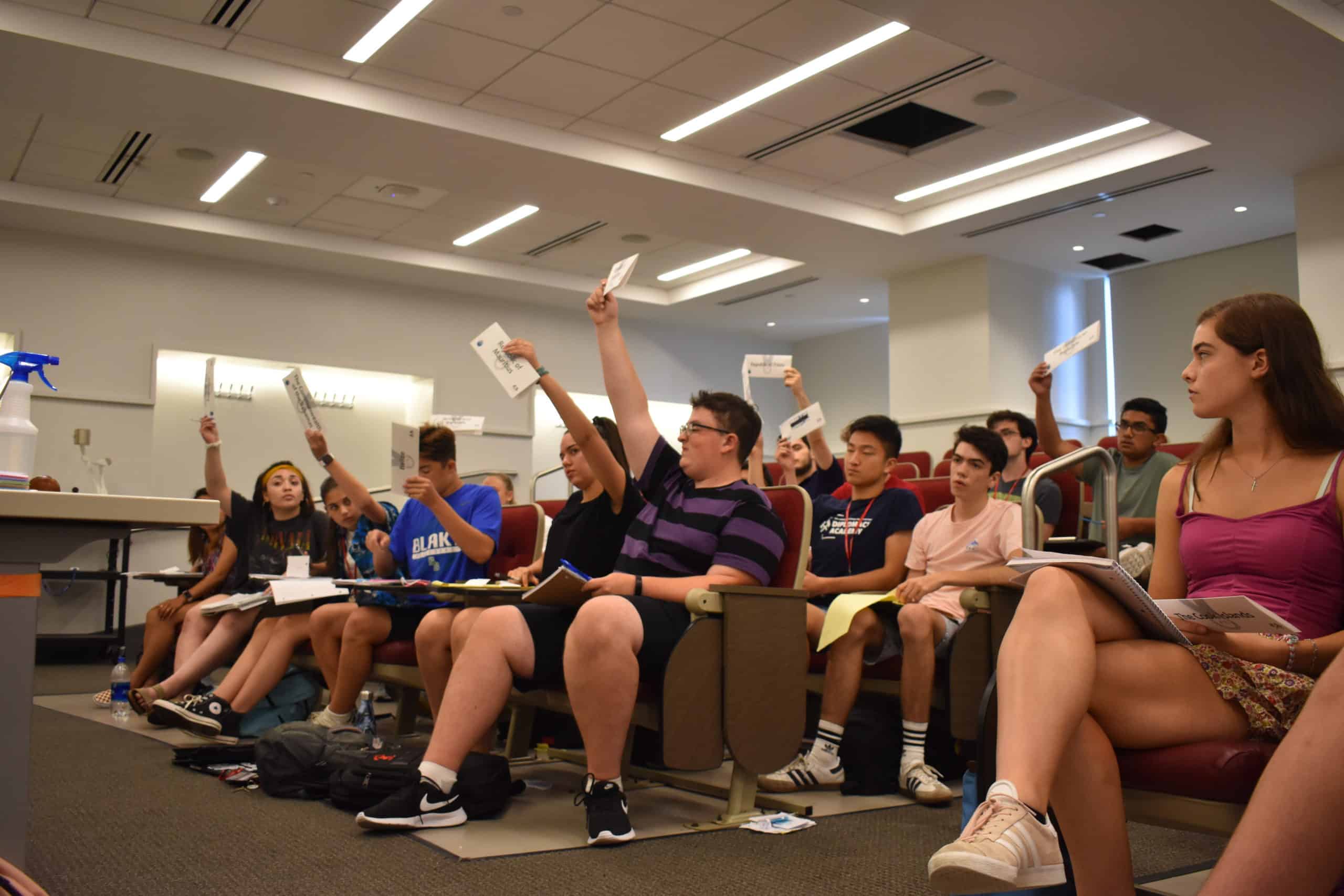 How to Ensure Your Motions Always Pass

How to Ensure Your Motions Always Pass

By far the most commonly and universally applied Model UN skill is the proposition of motions. In any given conference weekend, a competitive delegate likely proposes several dozen, perhaps even a hundred, points or motion to the chair. Motions dictate the format of committee debate, and they determine the productivity of the delegates. As such, the ability to propose effective, smart motions that are meaningful for the committee is an essential tool for any high-performing delegate. There are several important steps to proposing motions that effectively gage the needs of the committee room and, more importantly, get passed by fellow committee members.

Use a Call to Action During Model UN Speeches

At All-American, we teach delegates that every good speech should always conclude with some form of call to action: send a note, submit a clause, consider a new idea, etc. One option when including the much-needed call to action is urging delegates to vote in favor of a specific motion. For example:

“…with this in mind, the delegation of India urges the committee to vote for a 10 minute unmoderated caucus following the exhaustion of this moderated caucus such that blocs can finalize working papers.”

Prefacing the proposition of a motion by informing the committee of your plans is a fantastic way to increase its chances of passing. You can use the content of your speech to push the committee in one specific direction, and then propose a motion to further that same direction. When the committee is able to follow your thought process, delegates are far more likely to vote in favor of the motion, because they understand it’s purpose.

In most Model UN committees, there is typically one delegate who inhabits the role of the so-called “topic expert.” This individual has the most specialized and nuanced understanding of the topic of debate, which is apparent by the fact that they constantly motion for moderated caucus on hyper-specific topics that no other delegates have any interest in discussing. The mistake that this delegate makes is a failure to manage the tricky line between overly-generalized and overly-specific topics for moderated caucuses. An overly-generalized topic for a moderated caucus–something like “possible solutions” or “aspects of the topic”–will lead to a string of speeches which have no real connection, as opposed to the coherent string of reasoning in which delegations respond and disagree with each other, thus yielding a productive discussion. Contrastingly, an overly-specific topic of debate–something like “plausibility of engaging national governments in the funding of a transnational humanitarian aid distribution organization to address sanitation and hygiene related issues”–will similarly yield unproductive, fruitless debate, because not enough delegations will have something relevant to say, thus speeches will either repeat the same stale idea or wander to unrelated topics.

Ergo, strong delegates must master the thin line between specificity and accessibility.

Pick a topic which is targeted, but widely applicable, such that a good number of delegations in the room can participate. Above all else, the productivity of the committee must be the first priority.

Read the Room When Proposing Motions in Model UN

Another common mistake is repeatedly proposing the same motion over and over again, despite the committee having already rejected it. If the delegation feels that a topic of utmost importance is being ignored, then proposing similar motions a few times is not necessarily incorrect, but it is an inefficient way to pursue that point. Instead, the delegate should make a speech emphasizing the failure of the committee in ignoring such a critical aspect of the topic, and calling for further discussion of the topic.

Proposing the same motion 10 times will not convince anyone, including the chair; a better approach is with delivering a speech, lobbying during unmoderated caucuses, and sending notes.

Further, compromise is a skill vital to Model UN. Consider the power of political pragmatism. Small details like adjusting the wording of your proposed topic for a moderated caucus, changing the total length or speaking time, or accepting amendments from other delegates to the motion are all ways to demonstrate a willingness to cooperate with the committee.

What matters most in this case is that you work with the committee, not against it.

Chairs will take note of the collaborative, but focused initiative, and it will work in your favor.l

The importance of making good quality motions when competing for awards cannot be understated. Proposing motions diversifies your participation in committee, thus providing more opportunities to be known by the chair. Remember: the more you raise your placard, and participate meaningfully, the better. Additionally, when your motion passes, you are given an opportunity to steer committee however you see fit.

Delegates who control the room and manipulate the flow of debate towards greater committee productivity are delegates who win awards.

So, take advantage of this opportunity to stand out as a leader. Refrain from recycling the same stale motions that every other delegation will raise, and instead opt for a fresh alternative. Shake things up a bit, and keep committee moving; your fellow delegates, and chair, will appreciate the initiative.


Up Your MUN Game this Summer
The Diplomacy Academy at Boston University guides students through the process of amendments, voting procedure, and more. If you’re looking to up your MUN game with the best Model UN training on the planet, check out the Diplomacy Academy, presented by All-American Model United Nations.
Apply today!