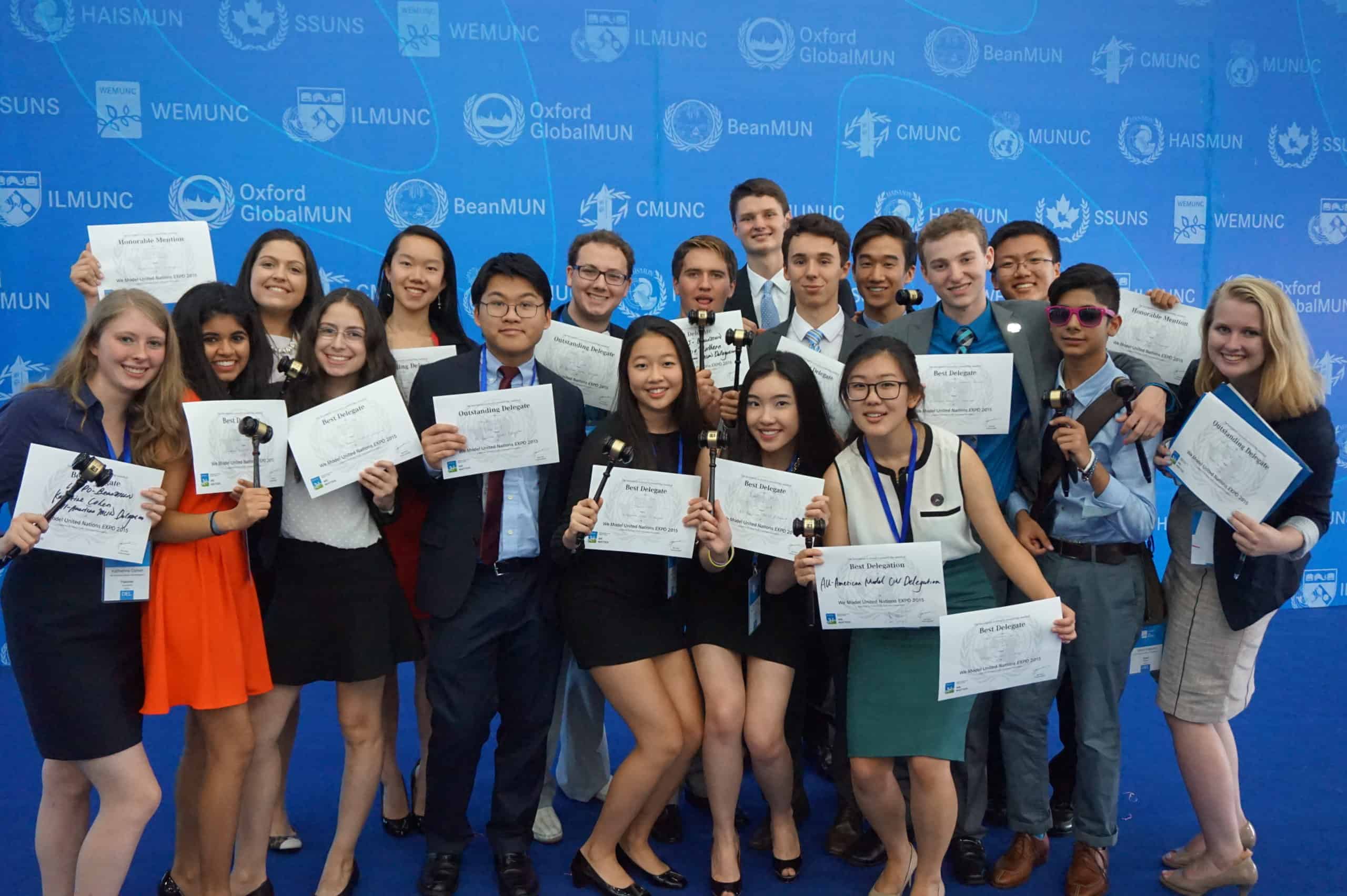 How to Transition from Domestic to International Model UN

How to Transition from Domestic to International Model UN

Each Model UN conference is different from the rest. Every conference has its own niche, unique rule of procedure, or approach to the age-old debate of collaboration versus competition in Model UN. Model UN conferences are academic events, certainly, but they are also an opportunity for exposure to brand new cultures and ways of life. For any delegate who has grown accustomed to the intense competitiveness of American Model UN, attending a conference outside of the U.S. is sure to be a rude awakening. That being said, it is possible to reduce the effects of culture shock by taking some preliminary actions to guarantee a smoother transition.

International conferences might be bigger than the one or two day domestic conferences but don’t let that frighten you from trying your best and taking your experience to the next level along with trying to learn new things. It might be overwhelming but be confident in yourself, you have nothing to lose and everything to gain. The first step is applying to an international conference. You can apply as an independent or apply with a team such as All-American. Of course you can always apply with your school if your school decides it has the funding to go.

While during some domestic conferences you may have learned to use a little bit of “defensive debate” or “snaking” to win awards, “defensive debate” during International Conferences will only work against you. You will most likely end up making enemies when the real objective is trying to make friends.

The more you try to have a respectful relationship with your committee members, the more they will want to work with you and the easier it will be to get your directives or resolution passed.

So try not to act too competitive but learn when to use your competitive edge to do more work or do something in committee that the chairs can take into account.

Another thing is that in the international community of Model UN you get to meet all sorts of interesting and intelligent people that may end up being someone important one day, which is why trying to make lifelong friendships and opening your mind to different cultures will only help you in the long run.
If you cannot be friends with the whole committee make sure that you have at least 2/3rd majority before you can confidently say you have your bloc and if you don’t make sure that there is another block you can merge with to gain majority.

There is no algorithm for how to win gavels. In domestic conferences it may seem that if you follow a certain pattern of actions you tend to win awards. For international conferences you have to realize that all of the delegates in the conference are probably really good at what they do and that any algorithm you think you have they have a totally different enigma. Go into the arena with a clear mind and get ready to take tasks as they go but keep in mind the time frame you need to have your resolutions by.

Adjust to the Time Change Early

This is probably the most important part of an international conference. You need to be at your best mental state and wherever you may be, jet lag isn’t going to be on your side. This is why, if you are attending as an independent, you might want to arrive at the country of the conference as early as you can. It takes about three days to two weeks to get used to a new time zone. You want to get there as early as you can and perhaps use that time to visit important monuments, see sights, and learn about the local culture and food. During the conference though, you want to make sure that you take care of yourself, get the rest and food you need so you can perform well.

This doesn’t only mean out of committee but during committee as well. Four day international conferences are a marathon. You need to learn how to expend your energy wisely, don’t rush into anything and don’t try sprinting on the first day because you need to give your best all four days to gavel. Longer conferences also have a different time frame that you need to have your resolutions by and that your block needs to be formed by. Your block should be formed by the end of your first day and your draft resolution should be ready to merge by the middle of the second. Most of the writing for your draft resolution is done outside of committee due to your constant debate in committee.

In all honesty, the first step to transitioning from domestic conferences to international competition is having the confidence to sign up. It will be intimidating and confusing, but eventually, if you believe you are ready to expand your MUN experience, you’re ready to face the real world of Model UN. When I knew I was ready, I attempted to sign up for HMUN Boston or Harvard Model UN Boston, which led to my faculty advisor telling me that I couldn’t because where I lived before, Costa Rica, only had a limited number of spots in the conference. If our school was picked, which had never happened and never would due to the “hierarchy of schools” in which two schools could only go and every year they picked each other because they were the “representatives” or something like that, led me to just signing up anyways when my friend from one of the chosen schools said “ I’m not going to try because I know I won’t gavel anyway.”

This was probably one of the best decisions I had ever made because after the conference was over and I left without a gavel (and without satisfaction), I had to wait until I joined All-American Model UN and attend the HMUN India conference to realize my mistakes. My mistakes were that I was playing four day international conferences like two day domestic conferences. I hope that this article has helped you understand a little bit about international conferences, and to not make the same mistakes I did during my first time.