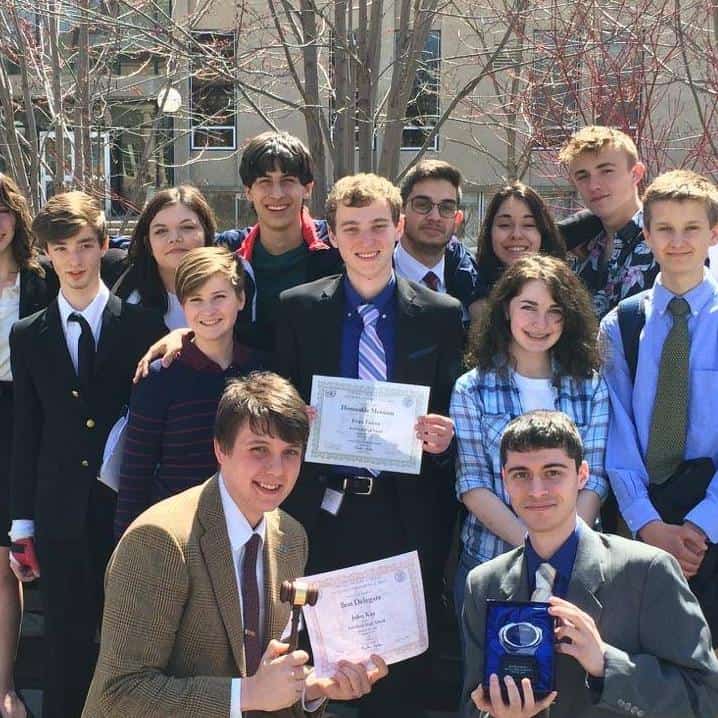 How a Small School Won a Delegation Award with Crappy Assignments

How a Small School Won a Delegation Award with Crappy Assignments

The team that won the Outstanding Small Delegation award at the 2015 Cornell Model UN Conference was not one of the regular giants on the circuit. They did not practice five hours per week or have the same resources or support as delegations like Dalton Academy or Horace Mann. And while sometimes teams get lucky with their assignments, the Red Hook High School Delegation most certainly did not: Madagascar, Morocco, Mozambique, and Oman. Twelve out of the fifteen students they brought to the conference represented small countries on General Assemblies. These twelve assignments were also spread out across only three committees, making it more difficult for the delegation to rake in awards. So how did this tiny, unknown MUN program get such a prestigious distinction?

I recently had a conversation with the President of the 2014/15 Red Hook High School Model UN club, Templeton Kay, and we discussed some of the strategies that lead to his team’s success at CMUNC 2015. Here they are:

Once the team realized it had been unlucky with its Cornell MUN country assignments, it decided to make the best of the situation. The first step was to identify people with affinities towards particular topics. Some of the delegates, for instance, had a personal connection to some of the country options while others had previously studied or had a deep interest for one of the topics. It was advantageous to give people assignments they felt passionately about, as this guaranteed serious effort in research and preparation on their part.

Because the Red Hook High School team received small country assignments, they had to develop a strategy that would allow their delegates to gain recognition in committee. The trick, as Kay described it, was to find how these rather small countries fit into larger, stronger organizations. While some nations may come across as relatively powerless, they may play important roles in organizations outside of the GA. Invoking their ties to larger groups lent more legitimacy in committee and ultimately allowed Red Hook’s delegates to be competitive.

As President of the Red Hook team, Kay decided that it was important for the delegates to familiarize themselves with their opponents. The team attended both Horace Mann’s and Dalton Academy’s conferences to better understand their opponents’ general strategies and their delegates. As they walked into Cornell’s conference, Red Hook delegates already knew many of the Horace Mann and Dalton Academy delegates in committee. The connections they formed in previous conferences gave them an edge in forming strong coalitions to help write and support resolutions.

The officers of the Red Hook Model UN team took conference preparation seriously. Training with the entirety of the team at first, the officers covered both the basics of Model UN and the more intricate strategies for success. They reviewed how to write position papers, working papers, and how to use procedure. In order to prepare students for Cornell’s conference, they organized a few meetings specifically for delegates attending it. Additionally, Red Hook organized team research sessions, in which students competing at CMUNC went to a local café with their laptops. This helped make sure that every delegate did sufficient research on their topics.

Kay also explained that his strategy in preparing students for the conferences was to spend more time with delegates who were promising but not yet among the best in the club. This way, the team’s elite continued to win awards while a new set of delegates, whom Kay had spent extra time training, brought in some commendations as well.

Moreover, the officers made the decision to create a relatively selective process for choosing who would join their Cornell conference delegation and had delegates submit applications. Though there were few rejections, the process mostly ensured that those who participated in the conference were motivated to work hard. The result of this decision was a strong, diligent group of students ready to take on big teams at Cornell’s annual Model United Nations conference.