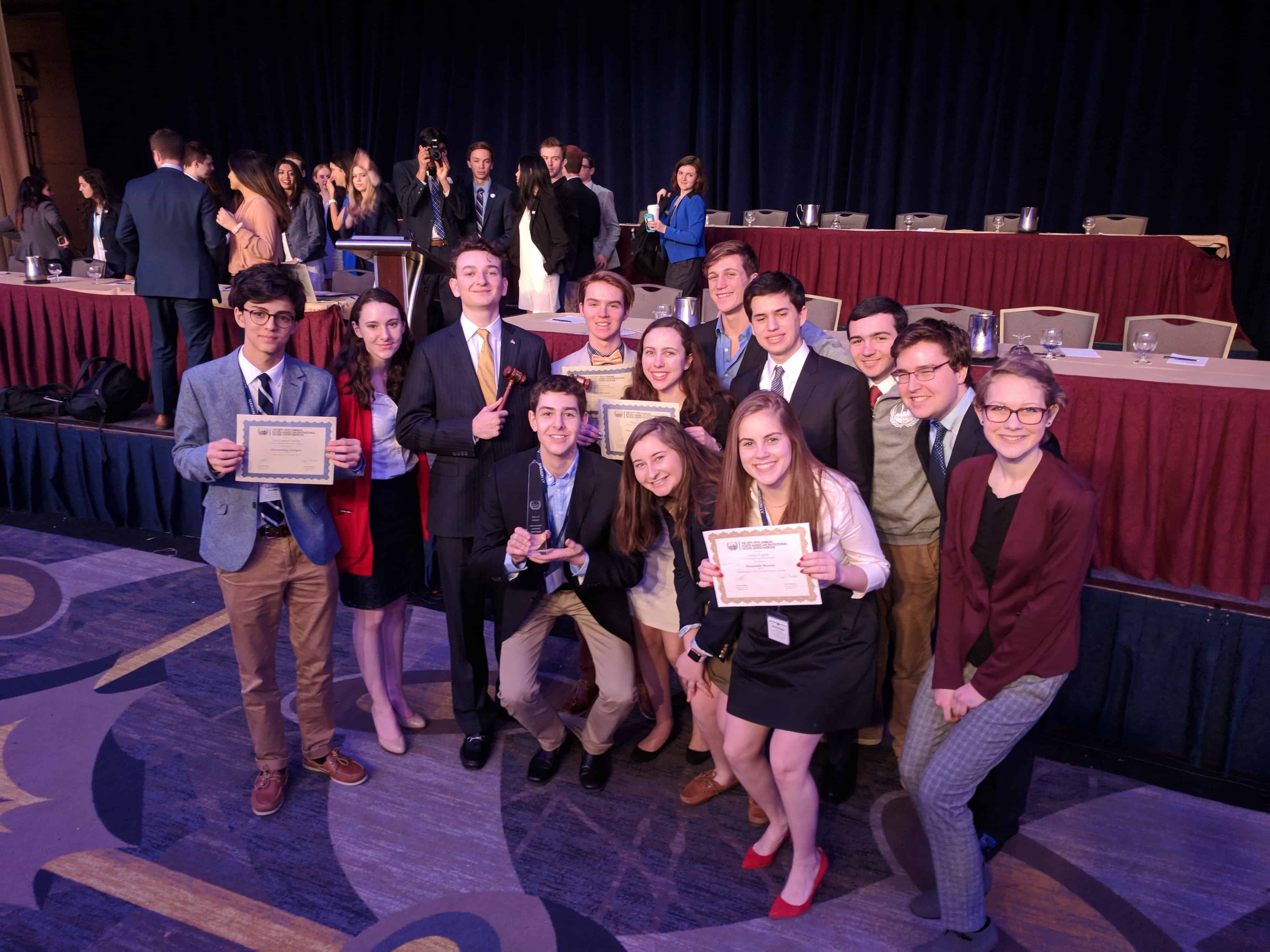 The NAIMUN conference has been the defacto national championship conference over the past three years, drawing top schools from across the country. No other competitive US conference has a higher ratio of top tier teams attending, edging out other major conferences such as Princeton’s PMUNC, Harvard’s HMUN, and Penn’s ILMUNC.

The All-American Model UN team won Best Small Delegation with different sized delegations each of the past three years:

We first brought a team to NAIMUN for two reasons. First, we wanted to prove that our teams’ success internationally was not a fluke; we wanted to show that our teams could win at even the most competitive conferences in the US. Second, our students wanted to go to NAIMUN, even if their schools were not attending.

But now, our steak will come to an end. The All-American Model UN Programs will not be sending a team to NAIMUN in 2019.

Again, multiple reasons stand behind this decision. Going back to our motivation to attend in the first place, we have proven to ourselves that our teams can keep pace with the best. More than that, though, we want to reaffirm our commitment to the Model UN community. To do so, we should encourage school programs to win delegation awards in any way possible.

On a more personal note, the work and commitment that all of the students with whom I’ve worked at NAIMUN has inspired me to work harder for them. The community that we share provides a constant source of motivation, and for that, I can’t think of anything more appropriate to say than thank you.

Frank is the founder of the All-American Model UN Programs. He has been involved in Model UN activities for over 15 years. He can be reached best by email at [email protected] or by phone by calling 617-702-4888.