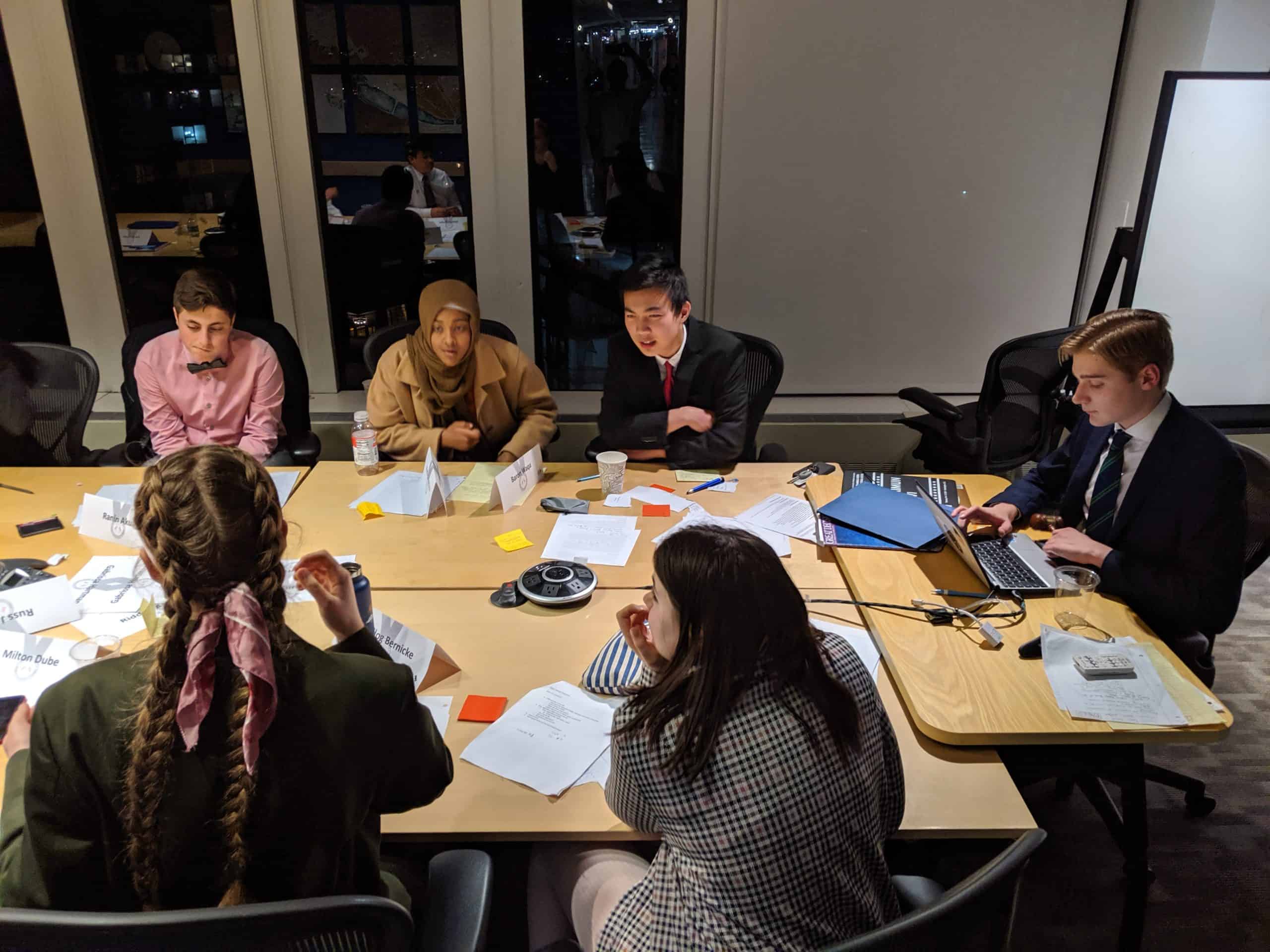 Four Keys to Success in Model UN and Beyond

Four Keys to Success in Model UN and Beyond

The multi-disciplined and multifaceted natures of Model United Nation makes Model UN a compelling and addictive activity. Much like a sport like football, baseball, or basketball, participants must master a number of different skills in order to succeed: public speaking, writing, research, negotiations, interpersonal dynamics, time management, self-drive, and more. The combination of hard skills and soft skills attract the attention of parents and teachers alike, while the subject matter and debate attract students.

While the role of awards may continue to be a point of contention within the Model United Nations community, there’s no denying that some students find the pursuit of a gavel to be a primary source of motivation. Winning an award may not be the only way to measure success in Model UN, but for conferences that award gavels, there’s something special about getting your name called at closing ceremonies in front of hundreds, sometimes thousands, of fellow delegates, chairs, and teachers.

In the eight years that I’ve spent coaching Model United Nations professionally with All-American Model UN, I’ve come to recognize four variables to success. The longer I examine them, though, the more acutely aware I am that these four factors determine success across age and industry.

“Give me six hours to chop down a tree and I will spend the first four sharpening the axe.”
-Abraham Lincoln

Going into a Model United Nations conference without doing the prerequisite research automatically put your performance in peril. No matter how many conferences that you’ve gone to before, the hubris of not researching will loom over you.

Even the masters of the unmoderated caucus will fall to a delegate who knows significantly more and is willing to demonstrate it.

Specific historic committees provide a great example of this. You may be an all-star crisis delegate, but confronted with someone who knows the historic names of regions and rivers, allied commanders, and battle strategy, you will likely witness the committee bow to advanced directives which are simply inaccessible to anyone with less specific knowledge. It is impossible to debate with someone with such superior understanding, a type of power known as “expert power.”

To novices, Model United Nations seems random; a consecutive series of jargon-filled events that each appear more chaotic than the last. The overwhelming reactions to Model UN need not be constrained to novices. Even senior members of Model UN clubs fail to recognize the overarching patterns of different types of Model UN committees.

Without being able to recognize the patterns, seniors are unable to teach them. You may have experienced this as a freshman, having heard, “you have to go to a conference yourself to see what it’s like.” Rather than teach the patterns of Model UN, first-timers get thrown into the deep end.

Having participated in Model UN for more than fifteen years, I know that broad patterns definitely exist. Breaking down complicated General Assembly committees into more digestible and practicable segments demystifies the activity and makes it coachable.

Negotiating who is going to present a draft resolution and field questions, knowing when to make a point of order, deciding who to invite to pre-committee meetings to write draft resolutions, picking which blocs to merge with; these are all unavoidable tasks for a Model UN delegate, and all require a certain degree of emotional intelligence.

Many of the most difficult and mentally grueling parts of Model United Nations comes down to understanding, working with, ignoring, exemplifying, negotiating, insisting on, and choosing to partner with people. The keyword is people.

Traditional education and schooling tests academic intelligence but do little to measure, teach, or grown emotional intelligence. Emotional growth and teamwork are critical pieces that explain why I’ve been–and continue to be–an evangelist for Model UN as an educational construct. In few other activities do students have to strengthen a key soft skill that will serve them a lifetime, regardless of career path.

In 2019, I decided that one of the taglines for All-American Model UN moving forward would be, “Solutions without Advocacy Die in Darkness.”

For all of the hours spent researching and developing novel solutions to international issues, without the confidence to stand in front of your peers and push for your solution, all of the preparation you have done may as well be nonexistent. If no one is willing to defend and support a solution, it has zero chance of implementation.

Research is a critical element to success and the first step, but finding a solution makes up only a fraction of the work. Model United Nations teaches students to become advocates for causes. The combination of these skills ultimately create tangible change.

Up Your MUN Game this Summer
The Security Academy, hosted in Warsaw, Poland, gives students the chance to work one-on-one with the All-American Model UN Director. Over the course of the week, students will practice their skills, participate in simulations, and explore international security.