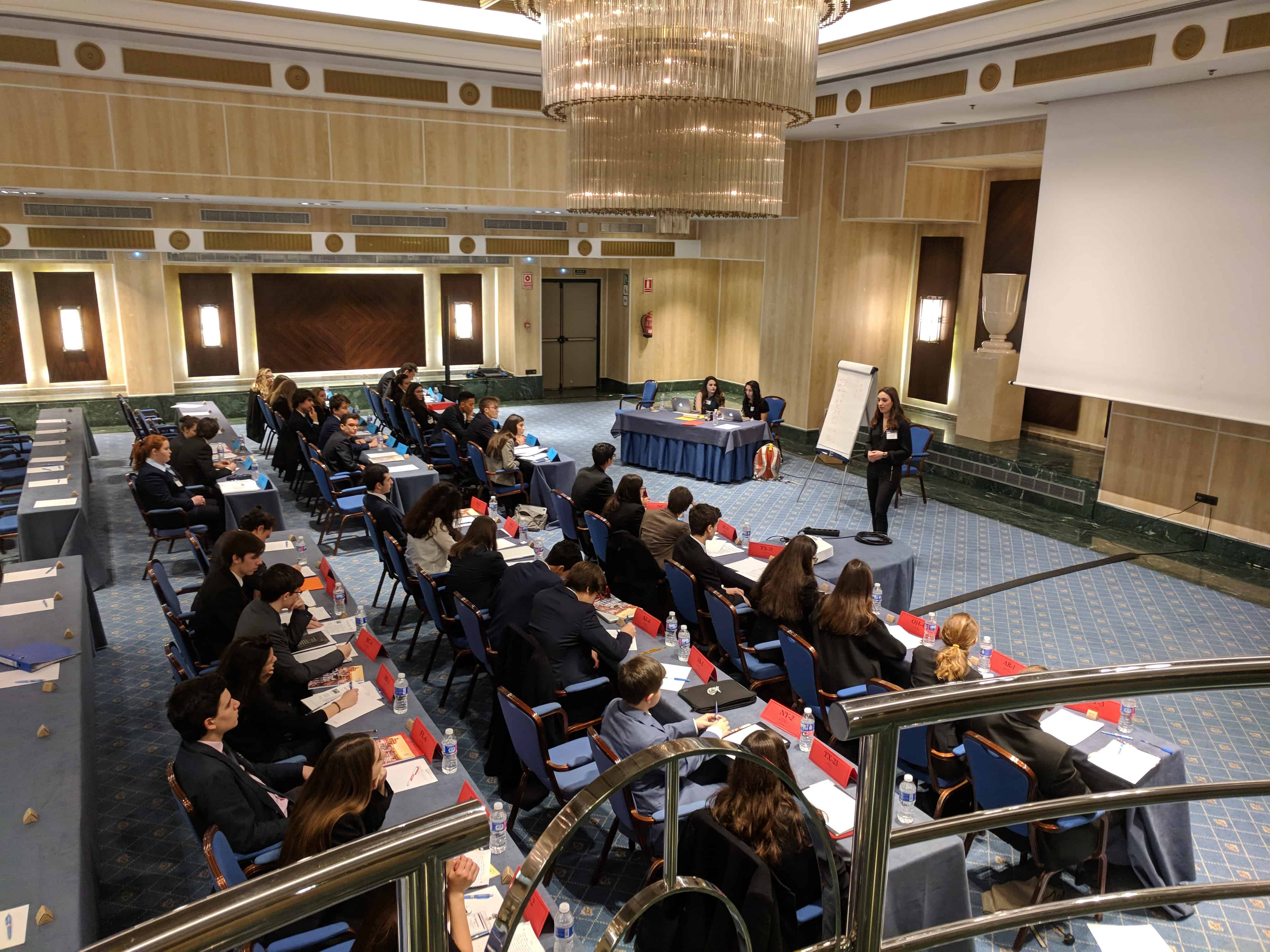 Although it may seem impossible to predict what will happen over the next five years, we wanted to give it our best try to predict future trends in the Model United Nations community thirty-two years in the future, in the year 2050. It is quiet possible that by 2050, Model UN will be taking place virtually, in the comfort of our living rooms, while wearing pajama pants, with students from around the world being instantly translated in our ears, this article will stay away from predicting technological advancements. Instead, we wanted to extrapolate on current trends to see where Model UN could be headed in the future.

Twice as Many Students Participating, if not more

The growth rate for Model UN participation will accelerate over the next thirty years, not slow down. Since 1980, the number of students involved in Model UN related activities in the United States has doubled, and grown at an even faster rate internationally. Over the next thirty years, that growth rate will accelerate as more conferences appear, educational resources expand, and the benefits of Model UN become more widely understood.

Currently, we estimate over 400,000 people are involved in Model UN activities in the United States, including high school students, college students and staff, conference organizers, teachers, and professional staff. By 2050, that number will reach close to 1 million participants in the United States alone.

It’s amazing to think that for the majority of Model UN’s existence, the United Nations has not had an official capacity or involvement in Model UN conferences. About five years ago, this changed, as the UN Department of Public Information (UNDPI), led by Mr. William Yotive, began to develop resources and standards for Model UN conferences to more accurately reflect the workings of the United Nations. This system has been dubbed UN4MUN, and it provides the most accurate simulation design for General Assembly and UN Security Council procedure.

Several conferences have been born in the wake of UN4MUN coming onto the scene, but by 2050, you’ll begin to see established conferences adopt UN4MUN procedure in General Assembly committees. Conferences will see additional benefits from the UN for adopting their procedure, and there is movement underway by organizations like United Ambassadors to teach UN4MUN. In 2016, the United Ambassadors Youth Assembly at the UN Headquarters in New York City adopted a resolution calling for the UN to only allow conferences using UN4MUN procedure to be called “Model United Nations” (A/RES/01/01).

Conferences and teachers will see a benefit to adopting UN4MUN procedure so that students can better understand the functioning of the United Nations, but its adoption will come with growing pains. Competitive conferences, teams, and delegates will find it hard to stomach a single award type– UN4MUN awards a smattering of ‘Diplomacy Awards’ to students–and the new, nuanced debate style that relies more heavily on procedural voting than direct debate. Still, with companies like Best Delegate supporting UN4MUN and with the passing of time, UN4MUN will become the new norm as conferences mix their committee styles between what we know now and UN4MUN.

Specialized or themed conferences are hardly new to the Model UN scene, but in 2050, there will be as many specialized conferences as there are traditional Model UN conferences. Examples of specialized conferences include Model Congress conferences, which have existed for at least 30 years,  HACIA Summit of the Americas, focusing on Latin American and OAS affairs, Yale Model Government Europe, a dynamic European Union simulation, the American Mock World Health Organization, and the NATO Security Simulation. You can already see some conferences in the US taking on specific themes, such as MIT’s MITMUNC, which chooses to focus its committees and topics on technology.

Increased specialization will allow new communities and niches to form, benefiting students who have particular interests in security, global regions, or world health. It will also allow teachers to better craft their curriculum so that the breadth of knowledge needed to be covered doesn’t have to be quiet as large. The increase in specialization will also create better committee experiences, as conference staff will be more connected to the specific subject area.

The question of how Model UN conferences can elongate their education cycle and promote post-conference learning has plagued conference organizers, At nearly every closing ceremonies, conference organizers will remind students that as powerful as the weekend has been, action must follow for Model UN to be impactful. With that being said, conferences have a difficult time supporting student efforts to bring about real world change before or after a conference.

With developments in technology and a firmer commitment from organizers, by 2050 it will become normal to expect students to apply the learning Model UN provides in an out-of-conference experience. We’re beginning to see this in conferences now, with special awards given to students who start charities, non-profits, or other socially beneficial organizations. Some conferences have essay contests, funding contests for social enterprises, or organizational awards.

In 2050, schools will not go to Model UN conferences to only win awards or pad résumés, but also for the resources that conferences will make available for students to lobby politicians, start businesses, or launch non-profit projects.

The United States National Spelling Bee (now the Scrips National Spelling Bee) has been taking place since 1925, but it took until 2002 for a documentary to bring it into the national spotlight. Spellbound, which follows eight competitors in the 1999 Spelling Bee, captivated audiences and brought the Bee into the national spotlight. In 2006, ABC purchased the rights to nationally broadcast the final rounds, further legitimizing the activity and spreading its reach.

It would be bold to suggest that Model United Nations will be broadcast on national TV in 2050, but we’re not that bold. However, with the advent of over-the-top (OTT) streaming services on YouTube, Facebook, Amazon.com, Netflix, Twitch, and others, is it impossible to imagine Model UN video programming? Hardly.

A bigger spotlight on Model UN will not only help to bring attention to the educational benefits of the activity, but it will also bring with it more funding opportunities, better recognition by colleges, and new innovation. Maybe this all can start with a documentary on Model United Nations. Spoiler alert: We’re thinking about it.

What do you think the future holds for Model UN? Do you agree or disagree with our predictions? Share with us some of your predictions and we may publish them in a new article! Comment on this article, on Facebook, or send an email to [email protected].