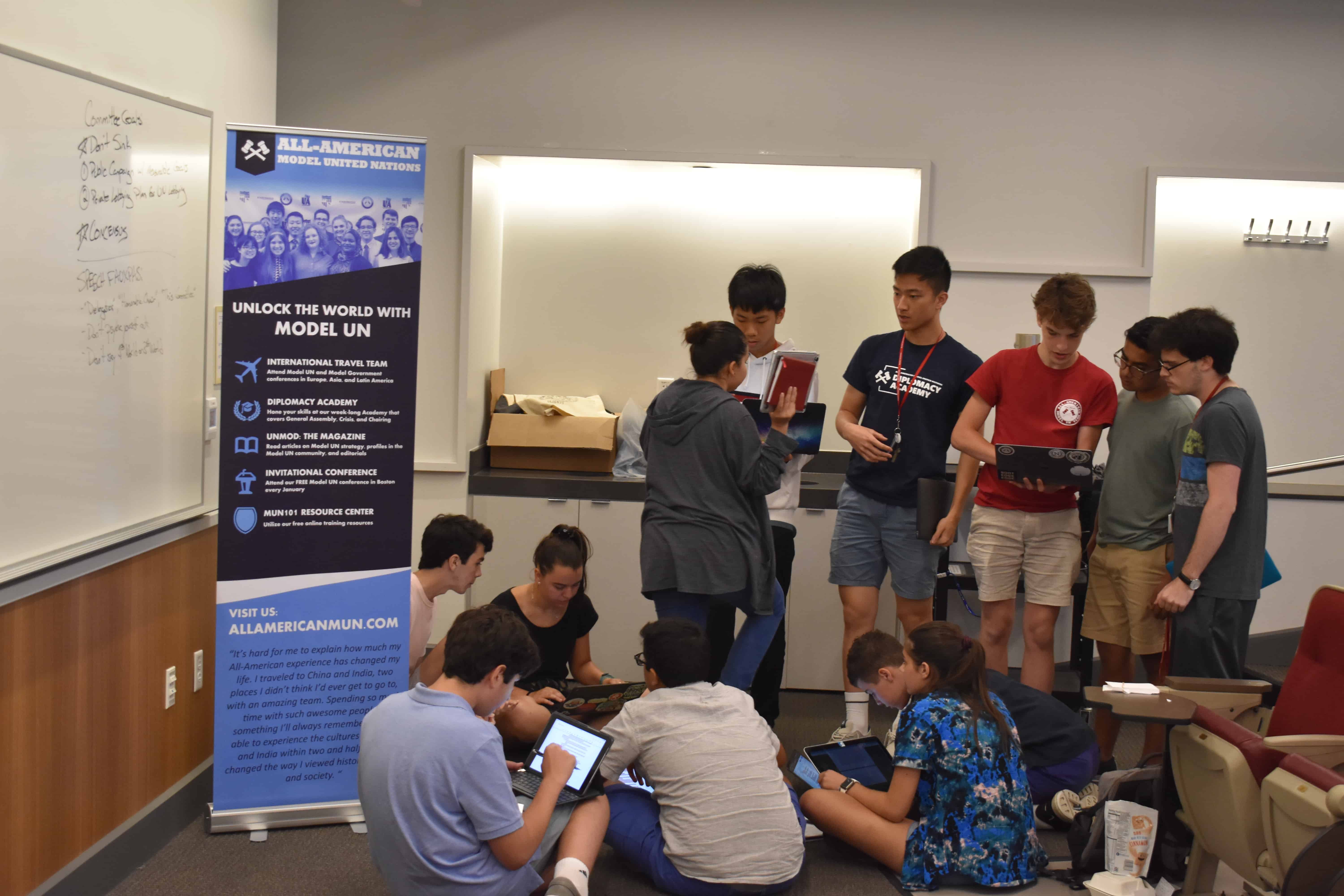 Emotional Intelligence Will Win You Gavels: Here’s Why

Emotional Intelligence Will Win You Gavels: Here’s Why

The first unmoderated caucus of the committee: a battlefield is more hectic. Chairs creak as delegates bolt every which way, murmurs turn into thunderous shouts for delegates to go to one corner or the other. If you manage to survive the initial uproar, you’ll likely come to find yourself in some circle talking about the cornerstone clauses of your working paper with other like-minded delegates. Any good delegate, however, will take this time not only to discuss strategy but also to survey the playing field: how many people are you working with (right now)? What are they saying? How much do they appear to know about the committee topics? Who around you clearly just read the background guide and called it a day, versus who appears to be a true expert on the topic? What are the leadership and confidence levels of these delegates: do they have all the facts but none of the speaking skills, or is it the opposite? These are the main questions you must ask yourself in order to accurately gauge competition in your committee. Your psychological analysis of delegates around you is critical to your ability to recognize important patterns in the committee and adapt your behavior accordingly.

An unfortunate, yet pragmatically realistic view of the world is that who you know matters much more than what you know. When analyzing delegate relations, nothing is more important than considering who the delegate is, what they are capable of, and how they can play into your own plans.

So let’s go down those factors one by one:

First, who is the delegate? Where are they from? Have they done MUN before? Are they confident or nervous? Cocky or humble? Knowledgeable or confused? The type of person you are dealing with can determine the entirety of the committee going forward. Sometimes, these strategies are simple. Someone knowledgeable should be incorporated into committee as to make debate more substantive and factual; someone confused should be distanced from the center of the bloc as to avert the spread of false information, and should be instead used as a buffer to amount signatories or advocate for the paper to other equally confused delegates from the back of the room. Other “types” of delegates can be more complicated, and thus require a more nuanced means of integrating them into your strategy. If you are dealing with someone confident, you might want to make friends with them as an equal because they could help you as a sort of lieutenant; someone to give speeches in support of your paper during moderated caucuses and write a few clauses in the paper about their specific concentration of research. At the same time, you might want to distance yourself from them–especially if your assigned countries share similar positions– as to prevent a possible power struggle which would mutually damage each of your reputations with the chairs and other delegates.

In these situations, context is king: but regardless of the specific circumstances of the committee, it’s essential to think carefully about the nature of delegates around you and how they might support or challenge your strategy.

Second, what are they capable of? Have they been to a MUN conference before? If so, is it of a caliber of competition or intensity equal to the one currently in session? Have they been in this type of committee before? Have they ever written clauses? While the question of knowledgeability was asked previously, it is worth noting how what they know has an impact on what they can do. If they aren’t used to the type of committee you are in, you might need to educate them on the structure of the debate. Your potential investment into this delegate, though, is something of a risk analysis: if they appear to have not even begun the research process on their own time, then dedicating precious committee time to explaining committee structure from the bottom up is, unfortunately, a poor use of your time while in the throes of debate. On the other hand, if a delegate seems particularly educated about the topic or presents strong speaking, leadership, or writing skills, then their allyship would certainly be a smart use of your time. This overarching idea of risk analysis is important to consider because it implies the next stage of this process.

Finally, how can they play into your own plans? Depending on your response to the previous two steps, this is entirely based on your context and setting. For example: imagine you are in a specialized UNESCO committee. A delegate who is reserved, yet humble and knowledgeable could be very useful in the grand scheme of things. Meanwhile, the delegate who is somewhat unfamiliar with the topic but is extremely overconfident regardless should be avoided at all costs. At the same time, a delegate with that same confidence but is humble and knowledgeable would be a smart addition to your bloc. Assuming that you are able to push through without a hitch, this will ensure that your bloc absorbs the most useful delegates while still maintaining a cooperative mission to the chairs.

Speaking honestly, at the end of the day, much of this is rooted in context and will change as the committee moves forward. On the first day, a delegate who hasn’t yet found their footing or confidence may turn out to be a huge threat later on in the conference weekend. While proper judgment and speculation is necessary, you shouldn’t put all your eggs in one basket. Be open and forgiving. Expect that delegates will evolve their strategy as the committee moves forward; just know that the delegate who can accurately gauge that evolution and adapt accordingly is the delegate who most often walks away with a gavel.