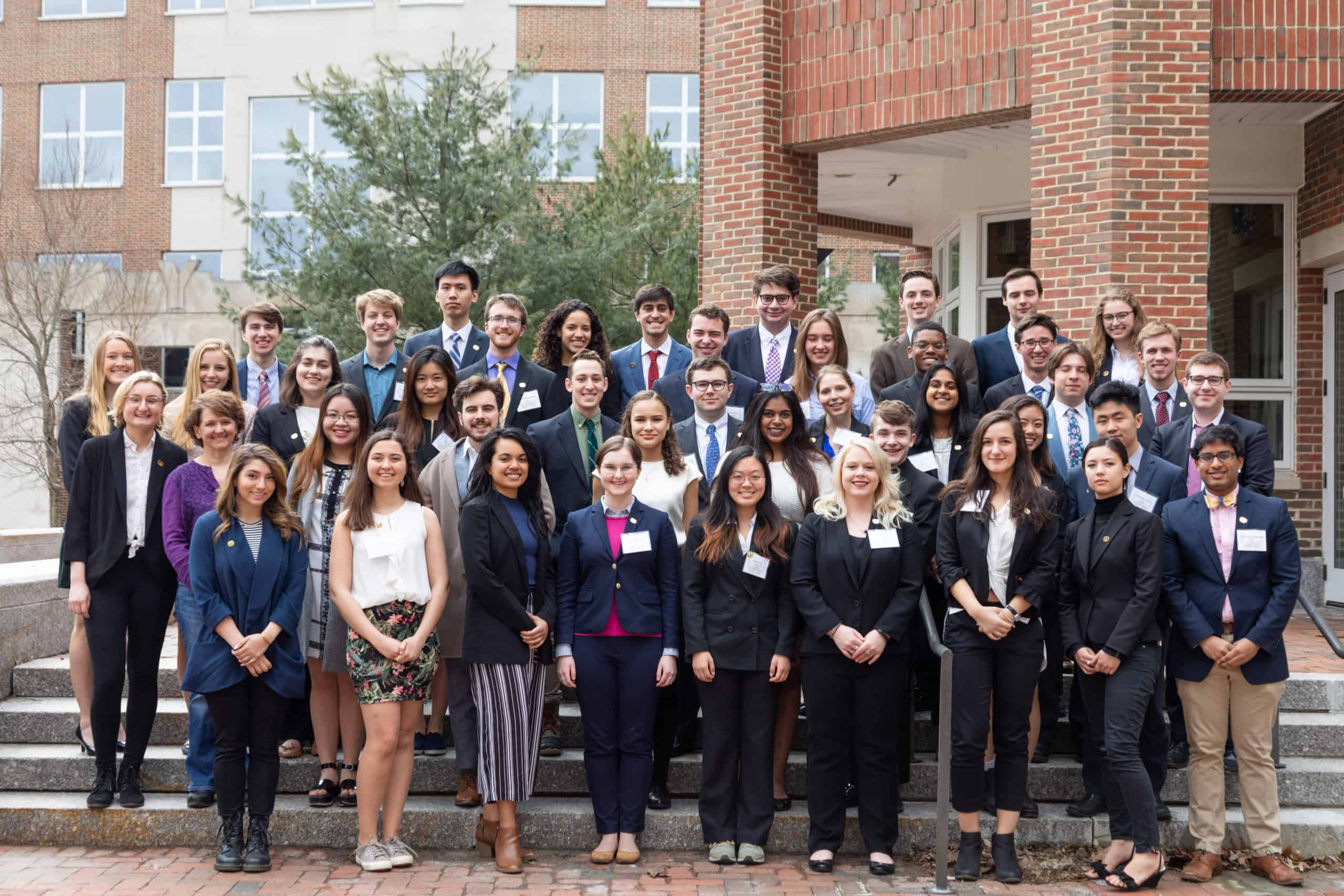 Dartmouth Model UN: A Powerful Lesson in the Value of Small Committees

Dartmouth Model UN: A Powerful Lesson in the Value of Small Committees

Secretary-General of DartMUN XV Mila Escajadillo began her Model UN career 10 years ago as a middle school delegate. As a student at Dartmouth College, Escajadillo joined the staff of Dartmouth Model United Nations (DartMUN) her Freshman year, and has remained engaged ever since. Now, as the Secretary-General for DartMUN’s biggest conference iteration thus far, Escajadillo is locked on the goal of providing the best possible experience for delegates in attendance.

The size and aura of DartMUN largely mirrors that of the college itself: small, intimate, and centered around close-knit interpersonal interactions between students and faculty (or, transitively, chairs and Secretariat members). The rural campus location serves as an opportunity to provide top-tier Model UN experience to students whose areas of residence offer far fewer conference opportunities than their urban counterparts.

Each year, DartMUN attracts between 500 and 550 delegates, the vast majority of whom come from regional schools and preparatory institutions. The largest committees offered at DartMUN–General Assemblies, of course–contain no more than 100 delegates. Whereas many Model UN conferences place specific emphasis on annual expansion, DartMUN deliberately maintains the intimate size in an effort to focus on upholding a top-tier quality of debate. DartMUN’s emphasis on small committees is essential to the conference’s identity, as Ms. Escajadillo so claims:

“The size of the committee intrinsically affects the quality of debate. The goal is to encourage participation while still holding delegates to a high standard of on-policy discussion.”

Ergo, we return to the age-old dilemma of Model UN: collaborate, or compete? At DartMUN, a diverse range of committee offerings allows for both strategies to be pursued by any delegate who so chooses. What rings true among all DartMUN committees, however, is a massive emphasis on research and informed debate. DartMUN enforces a strict policy against pre-written resolutions as to level the playing field: all that you bring to committee is your understanding of the topic at hand. This is just one way in which the DartMUN Secretariat prioritizes substantivity of debate over all else. Another instance is with the unique offering of a “Best Researched Delegation Award,” an honor which marks a clear distinction between delegates who contribute most often and those who contribute most meaningfully.

As such, the intimate conference setting combined with the vision of the Secretariat yields a conference environment in which a multitude of committee strategies may be pursued, but free of the socially manipulative tactics often observed at larger conferences in favor of awards. As Alec Rossi, Director General of DartMUN XV, puts it:

“We want delegates to step away from the technicalities of Model UN, and simply engage in meaningful academic discourse. In other words, it’s more than a simulation.”

While much about Model UN will look like for 2020-21 remains unclear, one thing is for certain: DartMUN will occur no matter what. If Model UN delegates can produce solutions to world hunger and century-old territorial disputes, socially distanced committee rooms couldn’t possibly keep a conference this established from running full speed ahead.