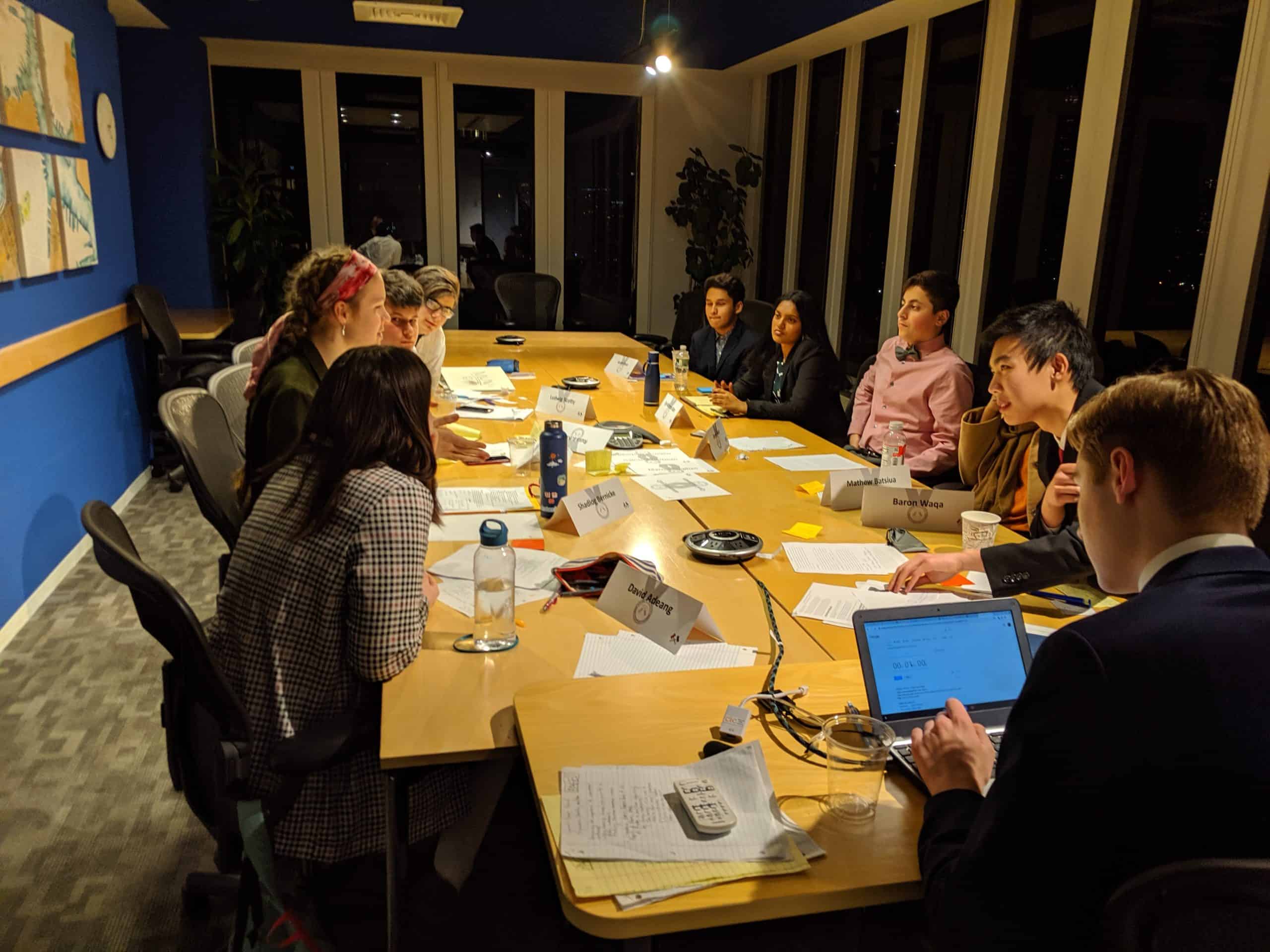 Competing Against the Best Delegates in the Country: Lessons from NAIMUN LVII Ad Hoc

Competing Against the Best Delegates in the Country: Lessons from NAIMUN LVII Ad Hoc

When I entered the committee room for the first session at NAIMUN LVII, I took a seat along with nineteen other delegates: many of whom I immediately recognized as being Head Delegates from several top Model UN teams from the NOVA area. Each one of them walked up to me, and shook my hand confidently; a huge contrast from the nervous, beginner delegates that typically populate General Assembly committees.

For those who are unfamiliar with Ad Hoc committee, it is a committee at every college-run Model UN conference in which the topic is secret until the moment committee begins day one, ergo there is no research or preparation process. It is the single most difficult Model UN committee because of the need to rely on improvisation and quick thinking: that is precisely why teams always send their top delegate to this committee.

It is intimidating to sit next to the Secretary-Generals of each school, knowing that they are all here because of their competitiveness and skill. Per usual, the chair asks how many delegates are seniors, juniors, sophomores, and freshmen. The youngest in the room was a sophomore who had multiple years of crisis experience.

Ad Hocs are normally considered difficult, but NAIMUN’s Ad Hoc, one of the hardest committees in the world, was certainly an exceptional experience to conclude my high school Model UN career.. If you want to succeed in Ad Hoc, here’s what I learned from competing against some of the best delegate’s in the country at NAIMUN LVII’s Ad Hoc committee:

1. Use every opportunity to plan.

Typically, the chair will give you around a thirty minute reading period to prepare and begin to understand the topic of debate. The first thing you should do is (obviously) read your background guide and annotate. Do not make the mistake of skimming the background guide for basic information, and moving on: remember that this document was written by the chair, so it provides the best snapshot into what the chair wants to hear in speeches, and what the crisis director will be looking for out of your arc. You will also likely receive a sheet of paper with your portfolio powers, which will often point you in the direction for your crisis arc. Nothing is just “background information” about the topic: from the moment you start reading, begin crafting a crisis arc.

Here’s a great tip: do not stress yourself out about finishing an entire intricately mapped out crisis arc during the initial reading period.

You just have to get through the first committee session.

After that, you can return to your hotel room and spend as many hours as you need mapping everything out and strategizing. When it comes to awards, the first committee session matters very little: just participate as much as you can, and you will be on a solid starting ground for the rest of the conference weekend.

Mostly, people in Ad Hoc committees are officers in their own clubs and have been doing Model UN for a years. They all know the tricks and how to compete, so committee will inevitably be a stressful experience for everyone. Because the level of competition will be so high, there is no point trying to play mind games to psych anybody out: everyone knows better, and being unnecessarily cutthroat in an already charged environment will get you nowhere. So, bond over the mutual suffering: talk to people–even those you may be fighting hard in committee–and the experience will be less exhausting for everyone involved.

3. Never (never!) put your placard down.


Ad Hoc, like most other crisis committees, is extremely fast-paced, and you will inevitably be swept behind the flow of committee if you are not constantly active. A good rule of thumb is this: if you are not delivering a speech, then you should be writing something. If there is ever a moment in committee when you are simply sitting at your desk, doing nothing, then ask yourself, “what could I be doing right now to further my goals in committee?” Send someone a note, work on your crisis pad, map out a speech, anything at all.


Ad Hoc is a very crisis-oriented committee, simply because of the structure. Thus, a massive chunk of how awards are ultimately decided is with regards to what you accomplish in the crisis backroom. All delegates will know this, so everyone will be working rapidly to advance their goals through crisis notes. A simple tip is this: your crisis pad should never just be sitting idle on your desk after having been returned by a crisis staffer. The moment you receive a response back from the crisis backroom, you should instantaneously begin working on the next note. Truly, there is no time to spare: so long as you maintain a high quality of note-writing, and legible handwriting, quicker notes are responded to faster, which in turn means your goals will get accomplished faster, too (if you make your plan clear, that is).

5. Ask questions when you can.


A classic mistake delegates make in Ad Hoc committees is refraining from asking questions about the topic out of fear of seeming clueless or unintelligent. None of the other delegates know anything about the topic, so if you have a pertinent question, chances are others have it, too. Further, asking questions will demonstrate your interest and engagement to the chair, which is super important when it comes to awards. Asking questions is an alternative means of participating in committee, and it is much simpler than delivering an entire speech or making a motion.

From the second they place the large background guide in front of you for the reading period to the end of committee, NAIMUN’s Ad Hoc is a whirlwind of competition. It was definitely one of the most interesting and fun committees that I have been a part of, so I hope my takeaways will allow you to learn more about competing in the world of Ad Hoc.

Related Article: What is Ad Hoc and Why Should I Try It?

Related Article: Taking Ad Hoc Committees in Model UN to the Next Level