Being Friendly Will Put You Ahead in Committee 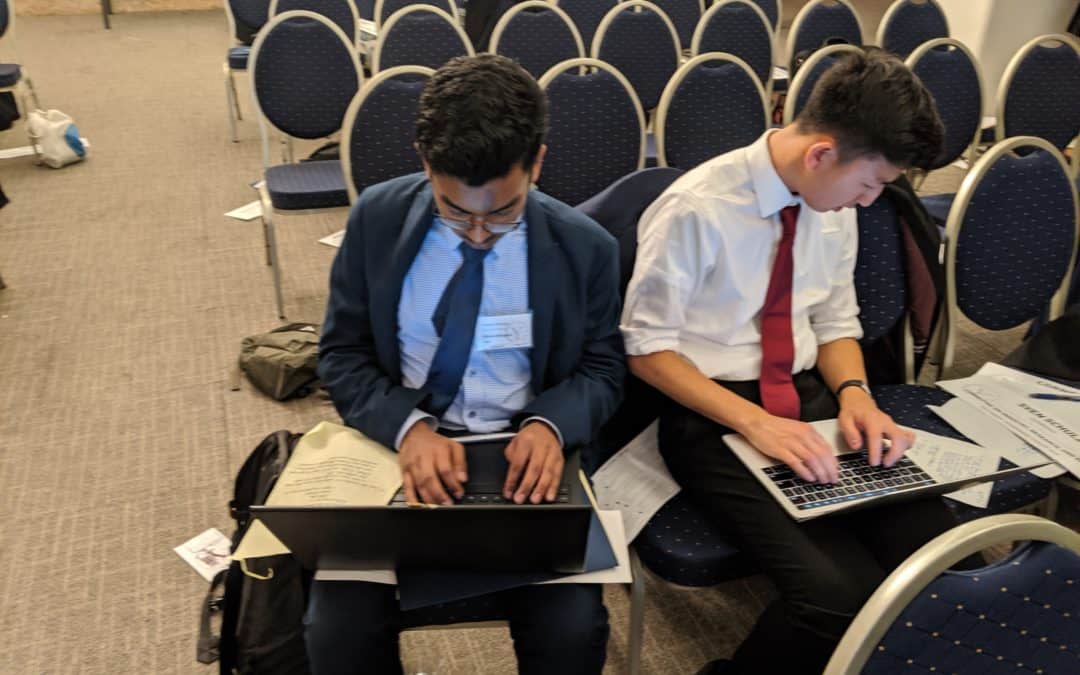 As a competitive Model UN delegate, it can be far too easy to get caught up in the strategy of Model UN. In extreme cases, this can yield cutthroat behavior in which individual awards become more important than the greater good of the committee.

Model UN, however, is an innately social activity; the most challenging and the most enjoyable aspects of Model UN are derived from social interaction and interpersonal communication. With this definition of Model UN in mind, there are tangible and quantifiable benefits to being an approachable, friendly delegate.

Typically, on the second day of a four-day conference, blocs will go out to lunch together in between committee sessions. Occasionally this time is dedicated to writing the draft resolutions, but more often, it is an instance in which bloc members discuss different clause ideas, determine a broader framework to structure the paper, and talk about acronyms to title it. Above all else, though, bloc lunches are valuable because they keep you in the loop on the status of the paper.

You do not want to be in a position where you return from a break in-between committee sessions disoriented and out of the loop on the status of the working paper; your goal is to be an integral contributor from start to finish.

Attending these fantastic bloc lunches, though, requires an invite, because you don’t want to impose. Make friends in your bloc, and this won’t be an issue.

Beyond lunch breaks, blocs will always meet up before committee sessions begin on Friday or Saturday to continue the writing process for draft papers. Again, getting your clauses integrated into the working paper requires that you attend these meetings. Usually, pre-committee meetings are determined by a group chat or discussions immediately after the conclusion of the committee session the night prior.

The social dynamics which dictate who gets invited to work before committee can be complex because of the implications with bloc leadership; avoid the power struggle and earn a spot at the table by being approachable and down-to-Earth.

Securing a spot on the sponsors list of your draft resolution

Lastly, the most critical result of your interpersonal relationships with other committee members is in determining the sponsors list of your draft resolution.

At any competitive conference, a large bloc will have multiple strong contributors to the paper, and thus a wide array of individuals who appear to have earned a spot on the sponsors list. In practice, this means that once the conversation about narrowing down the sponsors list rolls around, an abundance of fighting, disagreement, and rampant frustration are bound to ensue.

Landing a spot on the sponsors list–assuming you have contributed significantly to the paper–is a matter of security advocacy from other members of the bloc; so, be someone that others want to advocate for. Be inclusive, engage cooperation, and be friendly to everyone who wants to contribute to the paper. In the final hour, when sponsors are being chosen, that kind of behavior will earn votes from all the people you were kind to, and your seat on the authors panel will be impossible to deny.

Ultimately, Model UN participants–despite coming from a radically diverse spectrum of backgrounds and career aspirations–have a lot in common, and the communitarian aspect of this activity is not something to be ignored. So, embrace the social integration, invest time and energy in getting to know other delegates, expand your willingness to engage with others around you, and watch how your awards pattern improves as a result.