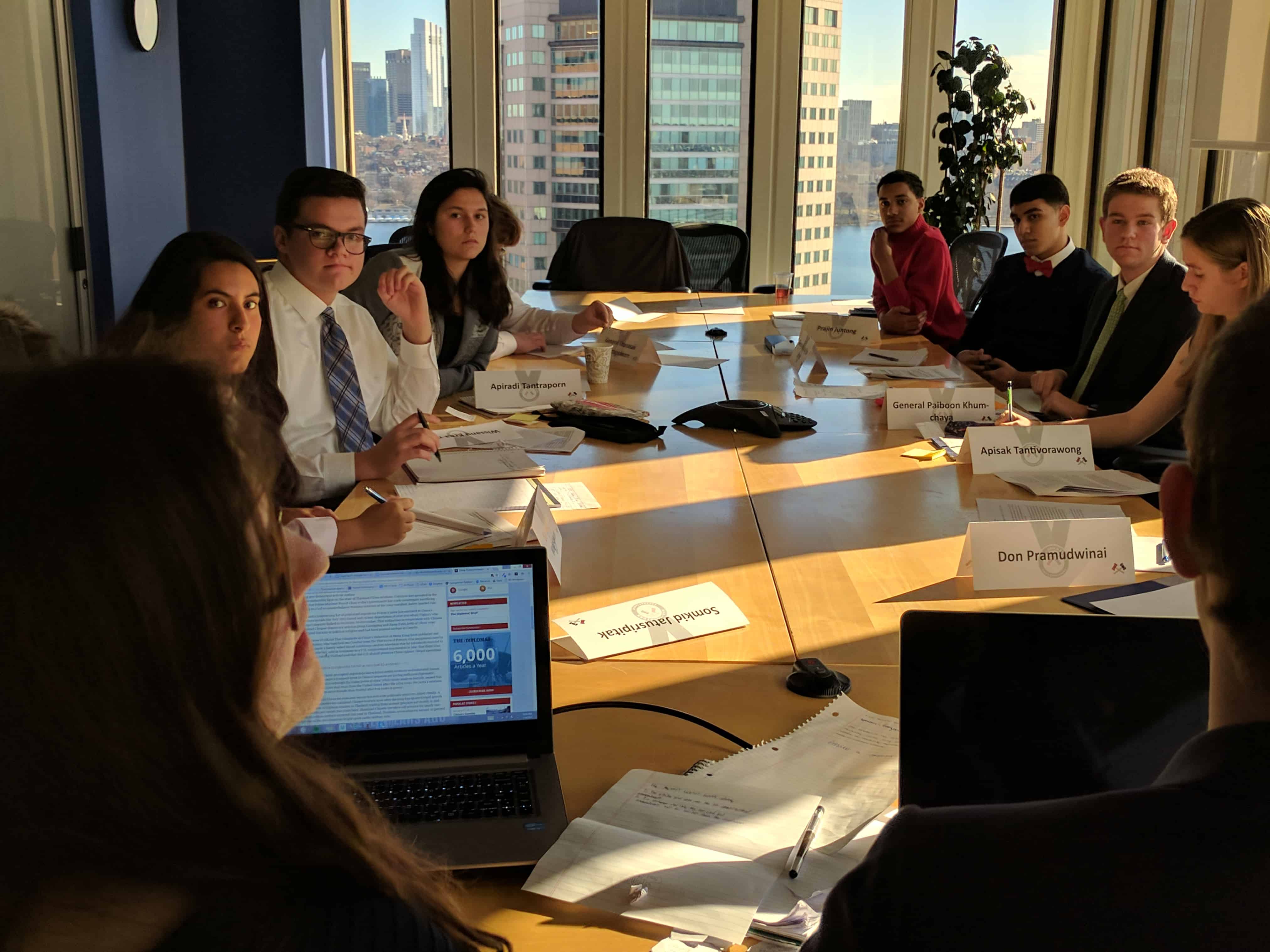 Ad-Hoc, Historical, Current, or Futuristic; all are varieties of a unique, fast paced style of Model United Nations committees known as crisis. Whether or not you have competed in one, most MUN delegates have at least heard of crisis committees; where delegates compete at midnight, spy on and assassinate each other, and can change the course of events with a note. Despite the excitement and appeal of these committees however, there is question regarding if they are beneficial to Model United Nations as a whole.

Those in favor argue that by participating in crisis style committees, delegates are able to learn about a wider range of issues. If committees are limited by what the United Nations has jurisdiction over, delegates would be unable to tackle issues that are more focused in one or a few countries (or groups). Additionally, crisis committees allow delegates to take on roles of individuals rather than countries, and take actions that have consequences. A well run crisis room forces delegates to consider the repercussions of the decisions they make. Unlike in regular committees and the General Assembly, where the actions you propose are on paper only; decisions made in a crisis room influence the situation they are intended to solve. Yet another component of crisis that mimics what is done to solve problems in the world today is crisis updates and portfolio powers. In the real world, crises are continuously changing and countries are able to take unilateral action to attempt and quell new issues as they arise. In regular MUN committees, it is assumed that the status of any given issue remains the same throughout the conference, and delegates are unable to utilize any power their country may personally hold, whether it be money, military, or supplies, to solve the problem. Crisis committees alter this dynamic and allow delegates to react to a changing situation. Periodic crisis updates and uses of portfolio powers allow delegates in a crisis committee to have a more realistic experience of trying to alleviate a global crisis.

In contrast, there are many who believe that the incorporation of crisis committees into the Model UN circuit is ultimately detrimental. The creative topics that some committees feature result in delegates taking the committees less seriously. In GAs students focus on issues that are actually occurring in the world today. The reality of these issues results in delegates regarding them with a greater severity than a futuristic or fictional crisis simulation. Additionally, participation in crisis committees can draw students away from the purpose of Model United Nations, which is to make them aware of current international issues and learn formal speaking and procedure. Crisis committees often have an informal atmosphere where procedure is lacking and speech is more conversational. Crisis committees also have a tendency to become unrealistic as a conference progresses. While a committee may begin as a semi-realistic representation of the United States Cabinet, it would not be unheard of for the committee to end in alien invasion or the apocalypse. This leads crisis committees even farther from the United Nations aspect of Model United Nations.

The debate regarding crisis committees may never reach a definite answer; however, delegates who compete in them will all agree that crisis is very different than traditional MUN, for better or worse.