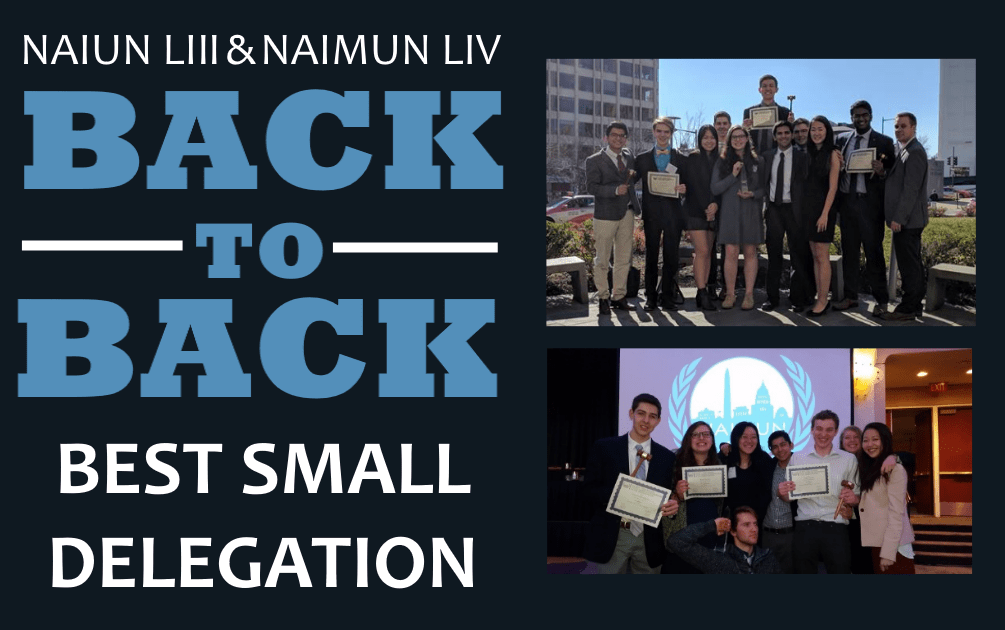 For many schools across the United States, NAIMUN represents the national championship conference. Last year, over 30 of the best 100 high school teams came to compete. In 2017, while several top ranked programs such as Horace Mann, the Dalton School, Mira Costa, University of Chicago Lab School, JP Stevens, and Thomas Jefferson High School for Science and Technology were not in attendance, the competition was just as fierce.

The All-American Team brought 10 students and won the following awards:

For the All-American Model UN Program, it continues a delegation award streak of 13 straight conferences spanning the globe.

How to Win Delegation Awards

Winning delegation awards is no easy task and takes commitment from an entire team. When conferences only recognize four delegations out of as many as 75 schools in the largest conferences, there is little room for error. Here are some common tips we give:

Want to Take Your MUN Game to the Next Level?

The All-American Model UN Programs are all about community, development, and support. We’re looking for students that actively want to improve their skills and knowledge. Apply today so we can start working together!