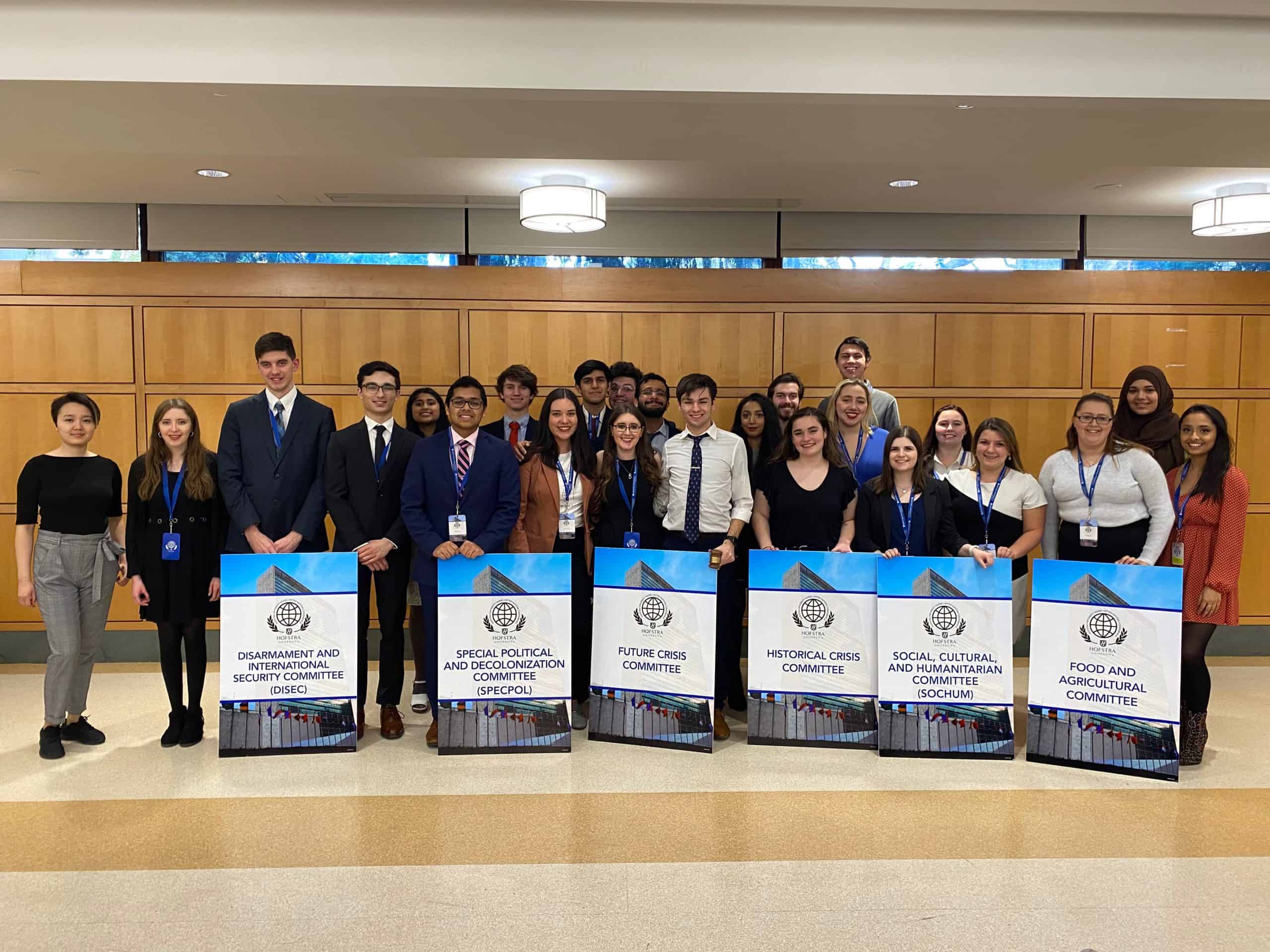 A Regional Trendsetter On The Rise: Interview with Hofstra University Model UN Secretariat

A Regional Trendsetter On The Rise: Interview with Hofstra University Model UN Secretariat

Dara Gleeson, two-time Secretary General of HUMUNC and President of Hoftstra’s travel Model UN team, reaffirmed her commitment to providing the best experience on Long Island for novice delegates. Gleeson is currently set to lay her Model UN career of 8 years to rest to pursue graduate studies at the Yale School of Public Health, but it is fair to say she laid the groundwork for HUMUNC’s top-tier conference experience for novices. As she puts it:

“Novice delegates are far too-often pushed to the margins of Model UN. Too many conferences only offer one novice committee. We can do better than that.”

HUMUNC’s prioritization of innovative committee offerings is best exemplified with Mike Roller, incoming Secretary General of HUMUNC for 2020, who chaired this year’s futuristic crisis committee on the Android civil rights movement: “I was inspired by a video game called ‘Detroit: Becomes Human,’ in which Androids come to life and pursued equal rights under the U.S. Constitution.” While this type of committee seemed far-fetched at first, Roller constructed the committee in a way that set delegates up for success: “a committee about robots sounds silly, but there’s depth there…it mimics a traditional civil rights movement, and does so without being intrusive,” he added. The committee skillfully parallels the revolutionary controversy of any civil rights movement with a fictional event. The result is increased accessibility of the topic; ergo, a committee otherwise off-limits to novices becomes fair game.

“Given our geography and conference timing, Hofstra is uniquely positioned to redefine what the novice experience looks like for high school delegates in Long Island.”

HUMUNC is one of the largest headliners of the spring season for high school Model UN–next to the infamous NHSMUN–and, as such, is an effective trendsetter on the Island. The capacity of HUMUNC to change the tide of Model UN in Long Island is best exemplified with the rise in popularity of Ad-Hoc committee offerings, which originated at HUMUNC and spread around the Island as a result. Similarly, HUMUNC’s open embrace of non-traditional, hybrid crisis committee offerings continues to push the boundary for what innovative Model UN looks like.

In a regional circuit where General Assemblies and Specialized Agencies are all that’s ever offered, HUMUNC is injecting new energy and livelihood into high school novices to seek diversification in committee offerings. Whether you want to push your crisis arc development with insane futuristic topics or dive into the topical nuances of SOCHUM, HUMUNC is definitely a needed New York pitstop for your next conference season.