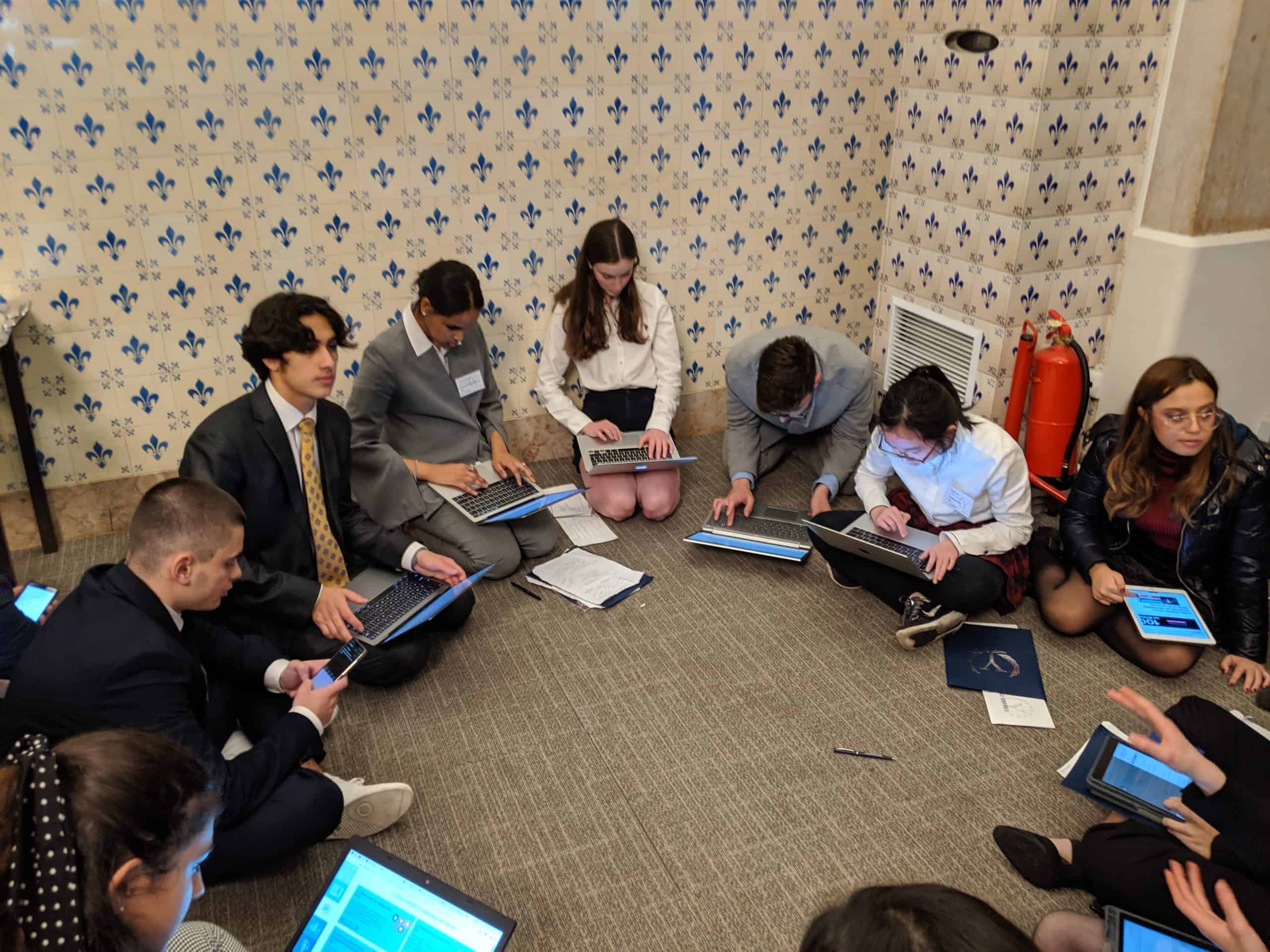 6 Types of Competitive Delegates and How to Beat Them

6 Types of Competitive Delegates and How to Beat Them

Success in Model UN takes many different forms; no best delegate is exactly alike. Despite the intense uniqueness of the activity, there are patterns when it comes to the most common approaches that yield awards in Model UN committees. Each “type” of successful delegate, though, has its respective weakness: that is inevitable because no delegate is perfect. Paying attention to the shortcomings of delegates–no matter how apparently perfect they may be–is critical to adapting your strategy around them.

The most infamous of delegates, the power delegate is just as much a meme as it is an extremely common approach to competitive Model UN. Power delegates are defined not by their preparation or experience, but by their aggressiveness. Power delegates tend to be very focused on awards and, as a result, are the most likely to engage in cutthroat behavior.

BEST STRATEGY: Beating a power delegate is about stepping back and reminding other committee members that cutthroat behavior is dismissible, even laughable: this will instantaneously diminish the credibility of any delegate who appears to be prioritizing their personal award record over the greater good of the committee at large.

Some delegates choose the approach of relying on strong speaking skills to gain a following in committee. These individuals deliver impassioned, bold speeches during moderated caucuses that evoke a strong reaction from the committee. Typically, these individuals are highly articulate, confident, and extremely skilled at public speaking; what they lack, however, is substantivity in their delivered addresses. The ambiguity and lack of precision of their speeches tends to get lost in the theatrics of the delivery, the volume and cadence of their voice, and the eloquence of the speech at large. Nonetheless, they are avid, consistent participants in the debate and they stand out to other delegates and the chair alike.

BEST STRATEGY: Beating a delegate who embodies this approach to competitive Model UN is about respectfully calling it out for what it is: an act, a hollow facade. To adapt your strategy, focus on delivering analytical, point-driven speeches that direct the flow of debate. Poke holes in their working paper by asking questions during Q&A about the specifics of solution implementation and funding strategies.

Topic specialists are delegates who specialize in a certain committee, region, or issue. They stand out in committee for being the best researched. They deliver speeches which dive deep into the specifics of the topic, and they write clauses that demonstrate a highly-developed understanding of the topic on the local, national, regional, and international level. These delegates are often recognizable for wearing a lapel pin with their assigned country’s flag during committee and citing obscure laws or international treaties to demonstrate their research during debate. All in all, these delegates know the topic better than anybody else, and their contributions to committee show it.

BEST STRATEGY: Unlike in the college application process, being a top-notch delegate does depend on your ability to appear well-rounded. Topic specialists rely on their superior understanding of the topic to gain credibility in debate; to counteract this, you must demonstrate leadership in other–equally substantive–ways. Leverage your social skills to become a bloc leader, write more clauses, deliver more speeches that speak to broader frameworks of working papers, and do what you can to direct the committee. Hyper-focused details and specifics of the topic are crucial to a strong working paper, but they should not take up the entirety of moderated debate time, so diversify your speeches away from those which lie within the comfort zone of the topic specialist.

These delegates are solely found in crisis committees because they base their contributions to committee almost exclusively through crisis notes, or “backroom.” These delegates tend to proclaim themselves “crisis delegates,” and insist on participating solely in crisis committees rather than venturing into a General Assembly, or even a Specialized Agency. They come to conferences with elaborate crisis arcs mapped out, ones that eventually lead to their assigned character’s triumph and world domination. These individuals are highly creative, fascinated by obscure historical facts, and aficionados of conspiracy theories. They spend their time in committee hunched over their desk, frantically scrawling instructions, drawing new maps, and inscribing codes in their crisis pads rather than delivering speeches or discussing with others during unmoderated caucuses.

HOW TO ADAPT YOUR STRATEGY: These are perhaps the easiest type of competitive crisis delegate to beat, because the essence of your adapted strategy is nothing more than participation in frontroom committee. Things which may already seem obvious to you–delivering speeches, making motions, writing public directives and lobbying for their votes, co-sponsoring public directives written by others–is all it takes to demonstrate the core skill that backroom crisis fanatics lack: collaboration. They are so absorbed in the fantasy world of their crisis notes that they isolate themselves from the rest of the committee. So, remember that the front room is, in fact, all that the chair sees, diversify your means of participation, and focus more on front room than backroom to set yourself above.

Casual delegates make up the majority of almost every committee. They are well prepared and speak well, but aren’t the best prepared or the best orator in the room. They may want to win awards, but rarely is that their focus. Generally, these delegates are the most committed to having fun. If you want to have fun without much stress, then this approach may be right for you.

HOW TO ADAPT YOUR STRATEGY: Competing with casual or social delegates can be a dangerous game, because you run the risk of coming off as power thirsty or overly competitive. Model UN is an intrinsically social activity; embrace that, but do so while simultaneously demonstrating that you take it seriously and are dedicated to the production of a quality resolution. Deliver speeches that emphasize the urgency of the issue, and write well-researched clauses for the paper, but also be sure to make friends during unmoderated caucuses and engage in lighthearted conversation with committee members before and after sessions. Beating a social delegate is all about balance.

These delegates rely heavily on their strong writing skills. Their working papers tend to be far superior in terms of specificity, substantivity, and structural organization than those of other competing blocs. Given that the composition of quality resolutions lies at the heart of Model UN as an activity, these delegates always stand out as being some of the best prepared and the strongest in their substantive contributions to committee.

BIGGEST STRENGTH: Substantivity, capacity to aid the productivity of committee.

HOW TO ADAPT YOUR STRATEGY: Coming out above a so-called “scribe” is a matter of demonstrating leadership skills. These individuals will be notable contributors to the bloc, but you should aim to be the spokesperson, the natural leader of the paper. Do this by dedicating yourself to the organization of the bloc and the delegation of others towards specific tasks; find out what each bloc member cares about most, and direct them to write a clause about it in a specific part of the paper. You should also be sure to write some clauses yourself. This way, the scribe may be a major contributor, but you are the owner who can speak to the paper both in terms of its specifics, but also in terms of the larger framework.

There is no universally successful Model UN strategy; all is contingent upon one’s capacity to identify patterns and adapt accordingly.