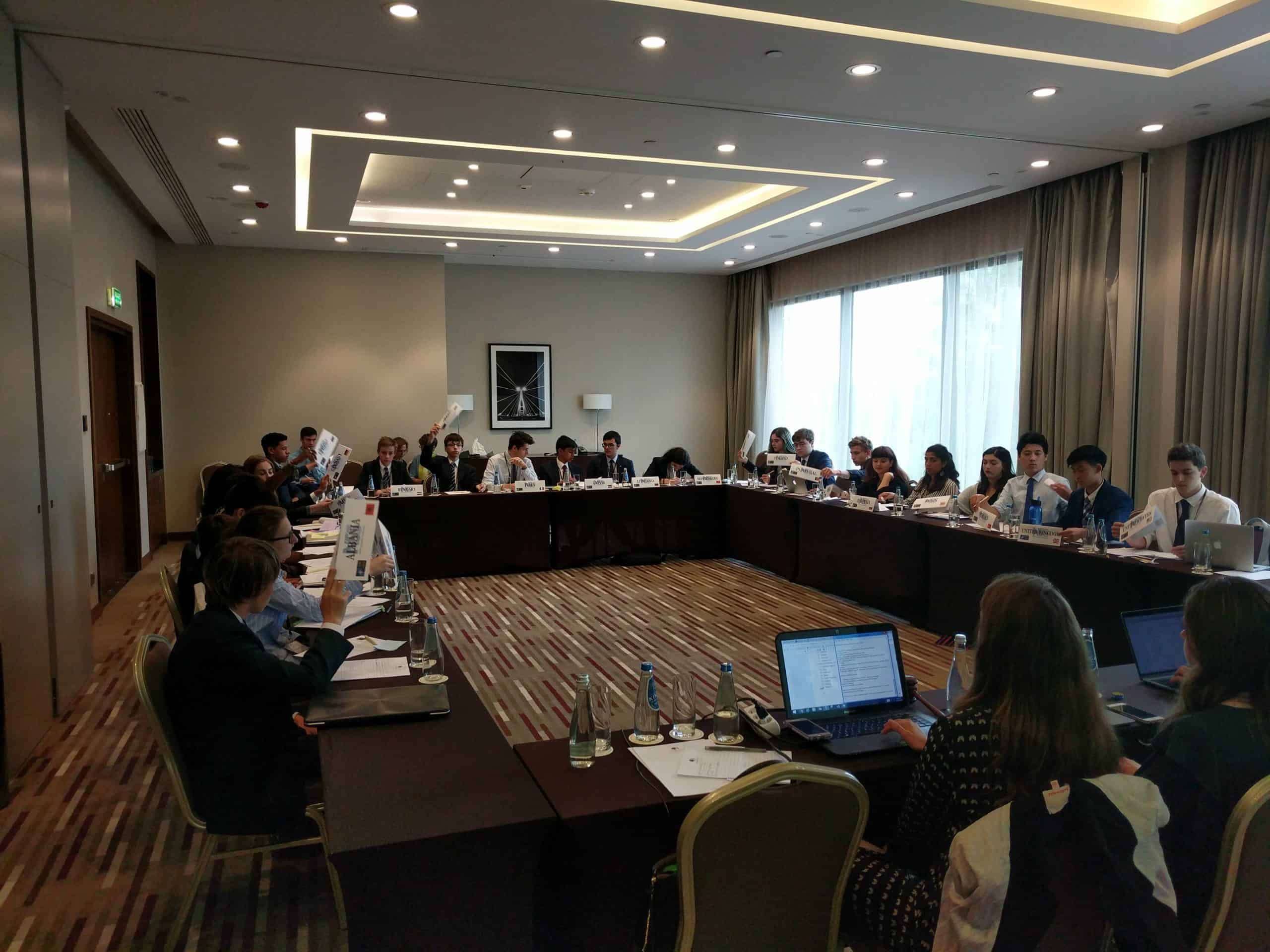 5 Things You Should Know Before Starting College Model UN

5 Things You Should Know Before Starting College Model UN

With the 2019-2020 season at an end, many high school seniors will be heading to college next year. Collegiate Model UN, however, is a whole different ballpark from high school. Anyone expecting to walk into the same types of committees, with the same level of competition, and the same social dynamic upon entering the collegiate circuit: well, they are in for a rude awakening.

1. Gaveling in High School is No Guarantee to Gavel in College

It doesn’t matter if you are drowning in gavels from various high school conferences, college will be different. Period. In high school, almost anyone can win a gavel in the right conditions. Even in the best, most competitive high school conferences, there are always a few committees full of delegates that do not care about what is going on, or delegates that will follow power delegates blindly. In these types of committees, the make-up of the committee brings the competition for the gavel down to two or three delegates.

Consider this frightening truth: in collegiate Model UN, nobody is there just to boost their college applications. Everybody cares.

In the collegiate circuit, everyone cares, everyone is skilled, and everyone is there to win. Don’t expect people to flock around you after you give a good speech. You will have to actually assemble a bloc of incredibly smart people and they will actively challenge you at every possible moment. No easy wins here.

In college, conferences take the dull delegate dances to a different level. There are crazy parties, dinners and social events. Rumor has it that in the past, a top Ivy League team would rent out the largest suite at the conference hotel and they would invite other schools to party. It is well known that the preferred souvenir of a college conference is a custom made shot glass with the logo. Future college delegates should know that this can cut into the meaningful debates they may be used to in high school.

The best conferences are very well run and delegates take debate very seriously. These stand out for having either decades of experience or ridiculous amounts of funding and staffing. However, there are also conferences that are put together by a string. These conferences, which sometimes are organized by highly prestigious universities, are meant to be relaxing. Delegates arrive and debate a little, party a little, but at the end of the day they know they don’t have to take it too seriously. Even though they may not be the most competitive, delegates that frequent the ‘world’ circuit really enjoy these conferences.

4. There Are Two Big ‘Circuits’ That Cater to Very Different Types of Delegates

In the US there are two big circuits: the ‘world’ circuit and the ‘american’ circuit. If they had to be narrowed down to one word, the world circuit is competitive and the american circuit is academic. The world circuit is also known as ‘Harvard-style’ Model UN. There you will likely find more crisis committees and very few of them will actually be UN committees. This circuit is mostly attended by Ivy League schools and other prestigious private schools. Teams in this circuit are usually exclusively delegate run. In fact, the conferences are also run entirely by students. Awards are individual and based on a delegate’s performance. Team awards are based on the sum of individual awards.

The American circuit is frequented by public schools. The teams attending are usually doing it as part of a class or their team is administered by a faculty member. You will only find GAs and EcoSocs that actually simulate the UN and the conferences will be organized by large nonprofit organizations. The procedure closely adheres to the real UN’s procedure. Awards are secondary and rarely awarded on the basis of competition. There are some teams, such as Tulane’s, that are known for participating in both circuits successfully.

5. “Snakiness” is No Longer a Viable Strategy

Shady high school tactics will not fly in college. The world circuit is tight-knit. The same 50 or so teams participate in the main conferences, and they usually send the same people. It is highly unlikely that you will never be in the same committee room with someone you’ve been with before. This means that reputation matters more in college. Unlike in high school, if you betray someone or break the rules to your advantage, word will get around to everyone. This can hinder your ability to work with others in the future. ‘Rivalries’ between delegates have become a lot more common in college.

Related Article: What I Miss About High School Model UN as a College Delegate