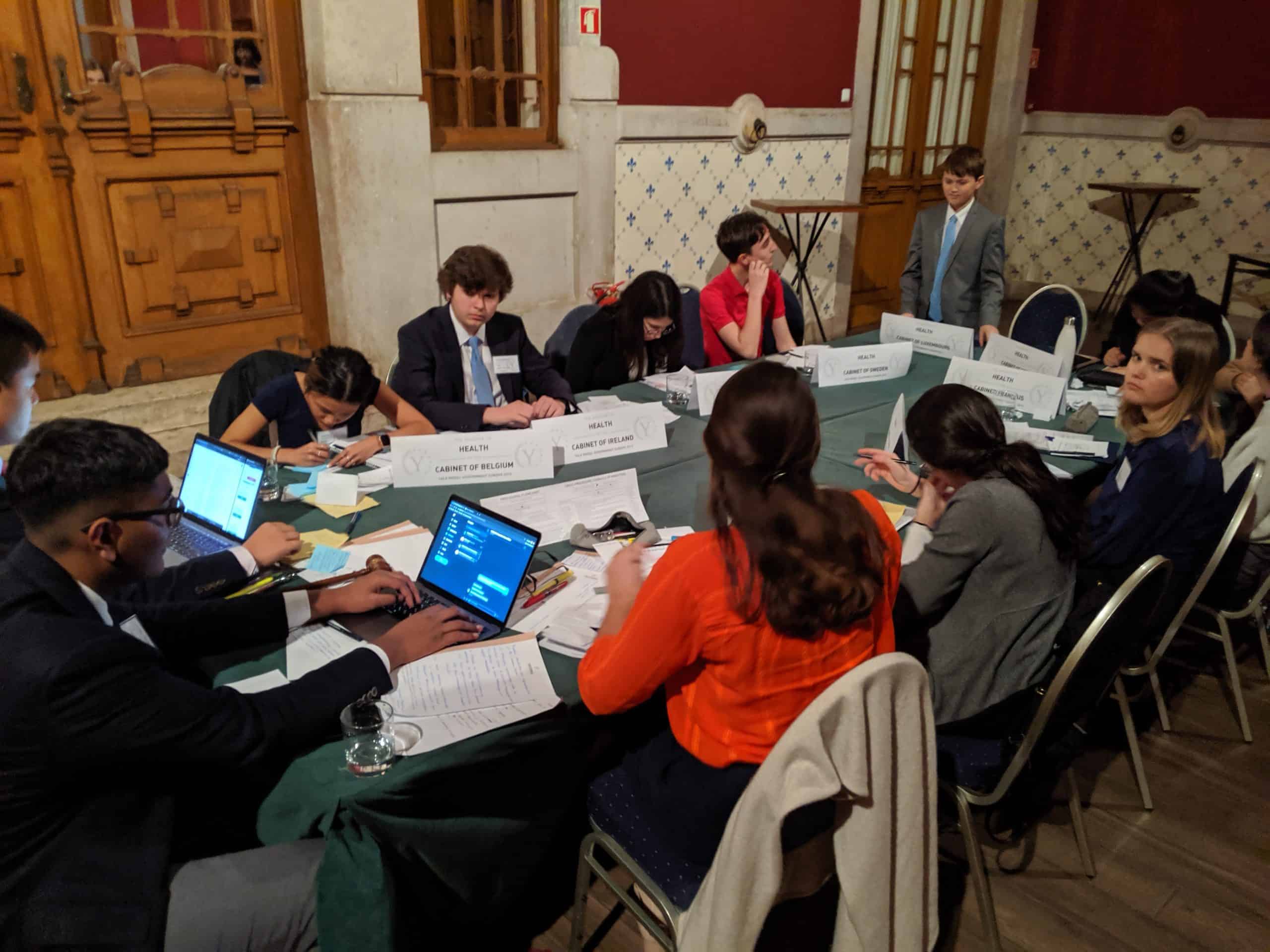 That Model UN is an intensely, intrinsically, deeply academic activity is no secret. Model UN delegates come together at massive conferences to engage in a competitive, nuanced debate of the most complex geopolitical issues facing the world today.

Though Model UN is an activity of simulation, the skills yielded from participation are hardly make-believe.

The skill set of any devoted Model UN delegate is vast, but can largely be classified into one of five academic categories: research, public speaking, argumentation, lobbying, and formal writing.

Every Model UN committee–with the extreme exception of Ad Hoc–relies on the pre-conference research of all delegates in order for debate to be fruitful in producing an eventual resolution or directive, depending on the committee structure. Delegates are presented with an issue pertaining to international relations or global affairs, one which is curated to fit the jurisdiction of the UN body being simulated, and the lengthy research process begins thus.

The capacity to judge the reliability and bias of sources, contextualize dense historical writings and primary sources, comprehend real legislative works, unpack statements made by political leaders, interpret statistical representations of geopolitics issues, and embody the perspectives of countries we will never visit, people we will never meet, and the like: well, that’s pretty miraculous, particularly considering that Model UN participation starts as early as Middle School.

Every form of Model UN contains extensive public speaking. This is the primary reason why large swaths of students join Model UN: to get over the ever-common fear of public speaking. Not only do Model UN delegates deliver speeches, but they build the skill of impromptu speaking at a young age, which is something many adults never themselves master.

Delivering speeches never before rehearsed, improvisational speeches in front of audiences that sometimes transcend 300+ individuals on topics that are infinitely complex and technical is a level of academic competency never achieved by students who refuse to take love-of-learning outside the classroom.

In Model UN, delegates do not merely discuss geopolitical issues; no, that would be far too easy. Rather, delegates engage in vigorous debate, and embrace all aspects of disagreement and oppositional viewpoints.

Of course, in a committee with political representatives from nations all across the world, ideological hegemony a rarity, and rightfully so.

If all nations agreed on the proper course of action to solve an international issue, well, then it would cease to be an issue. As such, delegates learn to use rhetorical devices and argumentation skills to convince opponents of what the correct solution looks like.

Model UN has far more “real-world” application than any other academic activity because of the collaborative aspect.

Frankly put, it is inadequate to merely voice an oppositional viewpoint; one must advocate for alternative solutions, lobby against the opponent’s bloc, and whip the necessary votes.

Model UN delegates learn how to get things done in a political body, all the way down to negotiations with individual delegations to whip votes necessary to pass resolutions or directives in committee. Other academic activities are largely centered around empowering the youth voice; Model UN goes a step further by equipping students with the skills to move beyond mere conversation and into actual implementation and application.

Lastly, every form of Model UN–every committee structure, from General Assembly to Specialized Agencies to crisis committees to regional bodies–structures procedure around the central goal of producing some form of written solution and voting to pass it as a committee.

The kind of writing taught by Model UN, though, is highly formalized and technical. Beyond adopting the strict structure of resolution or crisis directive format, delegates quickly become accustomed to relying strictly on targeted, specific, deliberate linguistic usage. Evidently, even outside of a political setting, this kind of highly academic writing is infinitely useful in any professional context.

There is no better activity to prepare students with the academic skills necessary for high achievement in high school, college, internships, and jobs. Again, though these skills are initially developed in a theoretical, simulation-based environment, they are ultimately applicable in every professional environment, at whatever period of life. There is no better way to facilitate the maturity, academic development, motivation, and high achievement level of young people approaching independence.