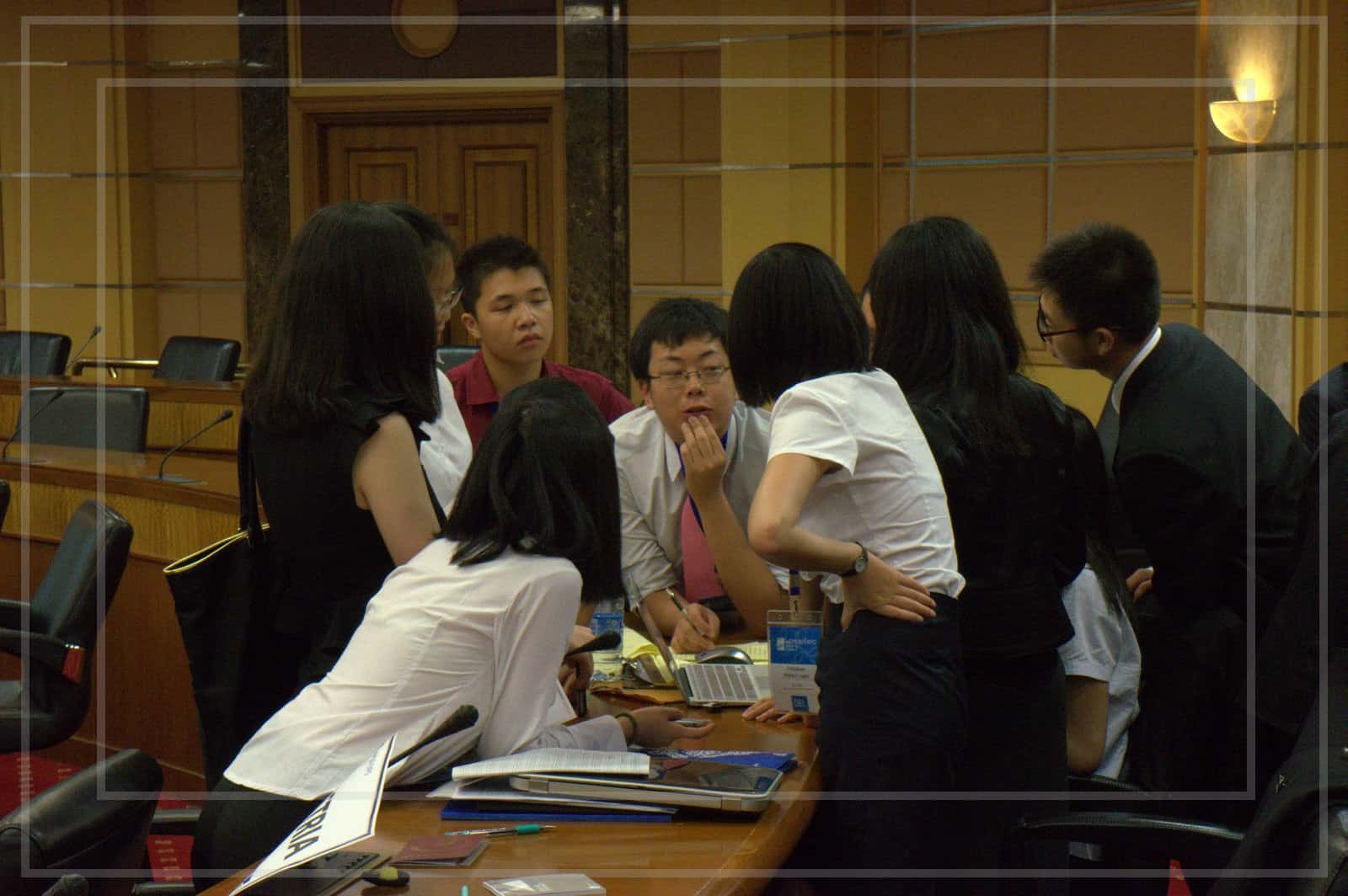 4 Steps to Assert Bloc Leadership During the First Unmod

4 Steps to Assert Bloc Leadership During the First Unmod

The flurried chaos of the first unmoderated caucus. Can you pinpoint the delegates already asserting dominance?

Beyond delivering speeches during moderated caucuses and speaking up during unmoderated caucuses, what are quantifiable ways to sway the social dynamic in your favor? When discussing bloc management strategy, we are really talking about the complex social dynamics that govern each committee room; strategically speaking, it can be difficult to gage your standing in terms of bloc leadership. Fortunately, there are 4 easy, accomplishable tasks that must get done during the first unmoderated caucus to ensure the bloc’s survival, and your authority as a leader.

The tendency during the first unmoderated caucus us to get caught up in the conversation, and forget to take record of the countries that are all standing together. Make a list of country names to make note-passing easier and clause assignments equally delegated. Being the person with the list of countries will also guarantee your relevancy in any conversations regarding signatories or sponsors, because you have the written record of bloc members.

It’s really quite simple: the delegate who names the bloc stands out as the person at the top. A name is critical to establish early on so that it can be referenced during moderated debate. Recognizability for a bloc is crucial, because it allows for each bloc to differentiate itself and thus substantive debate between bloc positions becomes tangible. When delegates deliver speeches that contain lines like “my bloc believes that…,” it is impossible for the chair or other committee members to contextualize that content of the speech or know what group of countries the delegate is referencing, ergo rendering the speech useless. This can be avoided by naming the bloc, and asserting authority by being the member to do so.

Generally speaking, communication outside of committee is essential to a bloc’s success, because the vast majority of clause writing tends to occur in between committee sessions. Write down everyone’s number and make the chat to establish authority as the leader.

In the flurry of committee, it is easy to forget small logistics details. Writing outside of committee demands an agreed upon time and location to meet and work. The easiest choice is to meet an hour or so before committee starts next morning, outside the committee room. Communicate the meeting plans in the group chat to include as many bloc members as possible.

Of course, none of these tasks matter if you aren’t contributing substantively to the bloc; you absolutely must deliver quality speeches and write central clauses to be a bloc leader.

But, beyond those baseline contributions, it is all a matter of finite details that determine your relevancy in the bloc hierarchy. By accomplishing these four easy steps during the first unmoderated caucus along with contributing substantially to the bloc, you are assured to be in a strong position of authority once sponsorship conversations roll around.